Today is a busy day here at at the Journal (and this week has been a busy week). First, we have Steve Ringgenberg's obituary of Al Feldstein. Here's a sample:

Gaines made Feldstein an assistant editor and, later, an editor. But it wasn’t Feldstein’s title that mattered. It was the personal and professional relationship that he and Gaines shared — a unique creative symbiosis that developed a remarkable way of working together to turn out a complete comic book every week, as required by EC’s schedule. It was, by the accounts of both men, a hectic, joyful, and creatively satisfying partnership.

Gaines saw it as his job to be the “springboard man.” He was taking prescription amphetamines at the time in an effort to curb his appetite and lose weight. He suffered insomnia as an unfortunate side effect, so he spent his sleepless nights reading horror and science fiction stories. A lot of them.

As he read, he’d jot down “springboards” — short, one- or two-sentence story ideas that he could pitch to Feldstein in the morning. As Gaines humorously recounted in EC Lives!, the program book for the 1972 EC Fan Addict convention, “after he [Feldstein] had rejected the first 33 on general principles, he might show a little interest in number 34. I’d then give him the hard sell […] He would normally write the story in three hours, breaking it down as he wrote it right onto [the art boards]. Meanwhile, I’d sit there … with a nervous stomach because I never knew if and when Al would come bursting back in and say, ‘I can’t write that goddamn plot!’”

Feldstein remembered it this way: “I used to drive him nuts because we would plot these together and I would say, ‘No, no, no, Bill, that just doesn’t work.’”

Still, it must have worked most of the time, because Feldstein wrote four scripts a week for more than four years, becoming, in the process, the most prolific scriptwriter EC ever had. The demands of his editorial and writing duties, however, forced Feldstein to forgo drawing stories around the middle of 1951. He continued to draw covers, though, for EC’s science fiction titles, Weird Science, Weird Fantasy, and their combined successor, Weird Science-Fantasy.

Today also marks the return of Mike Dawson, with a new monthly version of his TCJ Talkies podcast. In this rebooted reality, Dawson interviews cartoonists about books, but this time, they aren't their own!:

I was pleased to welcome Tom Hart onto the show for my inaugural episode, to discuss Craig Thompson's Habibi. I'd read Habibi a few years ago (in preparation to interview him on this show), but hadn't looked at it since then. My memory of it was that while the subject matter was dark, there was something about Thompson's artwork that made it still feel light-hearted.

I don't know where I came up with that impression, because that wasn't my takeaway from the book the second time around.

And Dan wasn't able to mention it yesterday on the blog when it first went up, but Frank Santoro turned in a Riff Raff column that hearkens back to his classic Comics Comics days, contemplating the influence of internet scrolling on the act of reading comics, among other things. Here he talks about Shel Silverstein:

Ever read The Missing Piece Meets the Big O by Shel Silverstein? It’s horizontally formatted scroll which is presented as a book. The format uses the periodicity of the book’s left side/right side spread for reveals. Each spread is one panel of a sequenced comic strip that goes on for about 100 pages or 50 spreads. Each spread has it’s own 1, 2 left side, right side rhythm and the “1” unity of each spread as one image. (It’s a great book, I think, because it is so simply presented as image and text.

—News. Naif Al-Matawa, creator of The 99, writes about receiving a fatwa from the Grand Mufti of Saudi Arabia.

Jonah Weiland has written an open letter explaining his decision to take down the old Comic Book Resources message board and start again from scratch, citing harassment and online trolling as reasons.

Brian Michael Bendis talks about diversity and Spider-Man with Vulture.

—Reviews & Commentary. Ray Davis has continued his posts on M.K. Brown all this week.

—Upcoming Events. Tomorrow is Free Comic Book Day, which is to most readers of this site what St. Patrick's Day is to alcoholics. Tonight, if you're in New York, is Fresh Meat at SVA.

—Catching Up with TCJ.com Contributors. Stories I neglected to link to in a timely fashion: Rob Kirby interviews Whit Taylor, Alex Dueben talks to Stefano Raffaele, and Daniel Kalder on Retroworld. 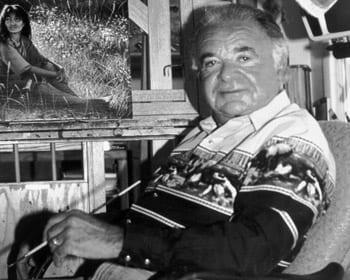 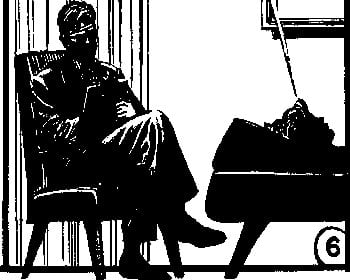