Well it's a new day here, but hey, let's take a walk around memory lake with R. Fiore, who does not have fond memories of his decades-past debate with Harvey Pekar, which we recently posted.

I committed myself to several positions that I realized were ill-advised, but rather than pulling back on them I doubled down. On top of that I was in a savage mood generally, for reasons that had nothing to do with Harvey Pekar or his ideas. It had to do with a premature return to the world of dreary but remunerative work after a couple of years of working at a fun job with Fantagraphics, due to some very poor decisions I had made. In retrospect my performance in this conflict reminds me of nothing so much as that fight where Mike Tyson got frustrated and bit a piece of his opponent’s ear off.

And elsewhere around the web:

Let's pop around and look at some comic book conventions. Here's a super-depressing panel at WonderCon: The Creator's Role in the Future of Comic Publishing. More and more comics is just a buncha different worlds, with no shared knowledge and zero historical awareness. Its like the '80s never happened.

If there was historical awareness you might find the idea that Ben Jones was on a WonderCon panel about Axe Cop pretty funny. There's a victory there of some kind. Times sure have changed. I wish there some more Bobby London in this Quick Draw post, but I'll take what I can get. And Ann Nocenti was in the spotlight at the big Con. She remains a nostalgic favorite for Daredevil. On the other coast, Gil Roth goes to the Asbury Park Comic Con.

There's something about The Phantom. Just like Tarzan, but that purple and weird colonialism. I always want to read it but am mostly content remembering it projecting onto it.

Oh, and here's a two-part video interview with Alan Moore.

And finally, it was just that kinda night (nsfw) 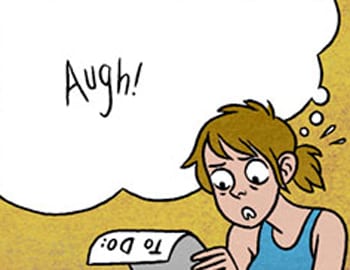 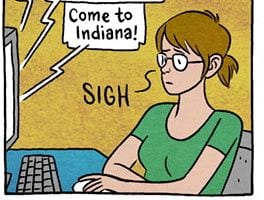