* Frank Santoro's latest Color Workbook focuses on the use of gray and color layering:

The reason for studying gray and how it relates to color is rooted in grisaille painting. Most traditional oil paintings before the 20th century were painted in gray first – then the colors were glazed over in very thin, transparent layers.

* Hayley Campbell reviews Even The Giants and finds it a mixed, but mostly good bag.

* Michael DeForge begins our cartoonist diary challenge! Well, he took it on early, and so we present a week in this whipper-snapper's life back in March.

* And finally, did you hear that TCJ 301 is coming out? I bet you did. It's been having what we like to call a "rolling release." You can pre-order it here. Should be in all stores in early July. And it's a doozy. So anyway, throughout June we'll be posting excerpts from the issue, starting today with a selection from Gary Groth's Joe Sacco interview.

On another subject... Harry Mendryk posted a response to James Van Hise's comment on our Fighting American post, and it kind of triggered some thoughts of my own. I have a huge amount of respect and admiration for Harry's dedication and am thrilled that the Titan Simon & Kirby Library even exists in the first place. These books are really the best reprints ever done of this seminal material. But something struck me about Harry's post. He writes:

Readers of my previous posts on the subject of restoration should know that I do not recreate line art (a process that Marvel still continues to use for their reprints of golden age material). However the end result of my restorations is by no means just a scan. I have no problems with describing what I do as “touch ups” only not in the manner that the TCJ commenter uses the term. Frankly the original printing used in these comics was pretty poor. Now as far as I am concerned reprints of just scans is far superior to art recreation however I prefer to try to correct some of the printing flaws.

What's interesting here is the notion of "printing flaws." He's undoubtedly right that the printing was hardly technically precise, and could obscure the line work. But nevertheless, there is real beauty in those "flaws," and character, too. The old hand-cut separations and absorbent newsprint was the form for which these comics were made. The final art was not the line art on board, but rather the comic book itself. I know, this is basic stuff, but somehow we get lost trying to find the "perfect" form for things when, really, the form itself exists.

I should be clear that I'm not arguing against Harry's process: It's one of the best options for this work, and and in terms of showing us crisp linework with an approximation of the intended color, it's by far the best, and it is historically invaluable because it allows us to really see the mix of line and color by a master, as rendered now, in a world of technical precision.

But we also lose a lot with this process: We lose the essence of the object itself, and all the unintentional, accidental information that object contains. And the fact is, that information was a big part of how these comics were read and absorbed. It is a kind of ghostly soul...  Over the last year or so John Hilgart has made a pretty convincing for this information, this soul, particularly in his "In Defense of Dots: The Lost Art of Comics Books":

In the mid-20th century comic book, millions of details undermined sequential art time by making readerly time infinitely variable. Details – along with the color process – provided textures, way stations, and destinations for the eye. Choose your own adventure. Find your personal fetishes in the nooks and crannies. Comic book art’s backwater of purely instrumental and often arbitrary visual information was the horizon of meaning, the place where the reading experience became most individual. The tightly controlled wish fulfillment strategies of plot were unhinged by free-floating objects of desire – the details just out of reach, gazing back at us through the electrical field of process printing.

More recently, in an FAQ, he writes:

I believe that in the ‘60s and ‘70s, Jack Kirby developed an opposing meta-aesthetic of comic books. He embraced the underlying chaotic, radioactive dots and force fields of the printed page, and he enlarged them into entire galaxies and negative zones. When the Fantastic Four dove into another dimension, they were diving into comic books themselves, shooting past four-color planetoids and through the wavy energy of bleedy black ink. Kirby’s cosmic crackles are benday dots that have gone supernova and collapsed into black holes.

I can leave the theory there, as John nails it better than I can. I'm not posing this as the "right" way, just another way, and a way to remember. I respect what Harry is doing -- it beats anything else out there for restoration work, but there is this other thing, which is being done well in the Fletcher Hanks and Ditko books published by Fantagraphics, or the John Stanley Library by D&Q. Those pages, noise and all, are more alive and more representative of the comic book itself. It may not be representative of the art as it left the drawing board, though, and that's where Harry comes in.

I should note that this is a thing apart from the IDW "Artist's Editions" and recent Toth book, which present the original art as drawings first, rather than comic-book pages. Or even the old Russ Cochran E.C. and Stanley editions, which were shot from stats and presented the cleanest view possible of the line art -- not the comic books, but the line art itself. And there's much to be said for both of these approaches. The former allows us to view the work as the artist did, and to understand more about the process, marks, smudged and erasures and all. It's invaluable to deepening our understanding of what drawing consists of in comics. And the latter can be crucial to getting at the formal properties of comic book storytelling: Stanley's rigorously structured stories and meticulous layouts are best understood this way. Likewise, Wally Wood and Graham Ingel's horror vacui approach to drawing made color an intrusion, rather than a companion, and their work really is best seen with the color removed.

That's the beauty of all these options: There's no Platonic ideal for this work -- just choices (some, of course, are flat out misguided, like the Marvel "restoration" process, which involves re-drawing) along a continuum populated, at last, by people intent on achieving one goal or another. Harry has his very noble, highly informed goal, Hilgart has his, I have mine, etc., but where they all intersect is a deep respect for the art and the artists rather than the properties or the merchandise. It's this "art first" (however you define it) approach that's made the last 6 or 7 years so exciting for comics scholarship. 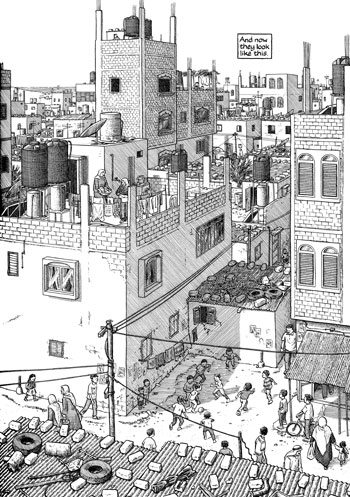 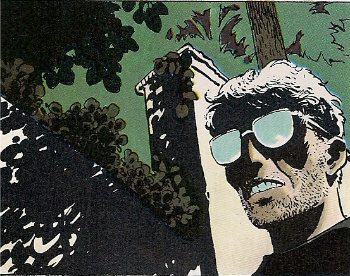