Today on the site, Greg Hunter reviews Kristen Radtke's widely acclaimed Imagine Wanting Only This, and seems to have come away largely unimpressed.

Imagine Wanting Only This follows Radtke’s narrator/avatar across several years and locations, placing Radtke first at a site of an early-twenties cohabitation and then at graduate school and afterward. As the years advance, her narrator’s curiosity about declining cities and structures grows into true fascination, leading to an ambitious, international survey of ruins during her time in grad school. The circumstances surrounding this project are severe: the passing of an uncle, the passing of a friend, and the possibility of a hereditary heart condition. To critique the resulting work is not to suggest that these events deserve anything less than real empathy. But the memoir blurs exploration and consumption in a manner that may make some readers queasy, and the visual choices on display undermine the effectiveness of the book.

Scenes with the potential to intensify Imagine’s themes of decline and decay—a wake, a breakup call—are often blunt in their execution or awkwardly staged. Radtke’s grayscale, photo-referenced artwork registers as not drawn but traced, with static sequences across panels and unnaturally smooth figures within panels. The approach to light and shadow gives most objects, including people, a plastic sheen; the placement of certain captions and speech balloons appears to be a last-minute consideration.

—Misc. The Bristol Board has published a nice old Marie Severin splash page which features secret caricatures of many Marvel personalities, from John Romita to Mimi Gold and Sol Brodsky.

The annual Comics Workbook Composition Competition has been announced. 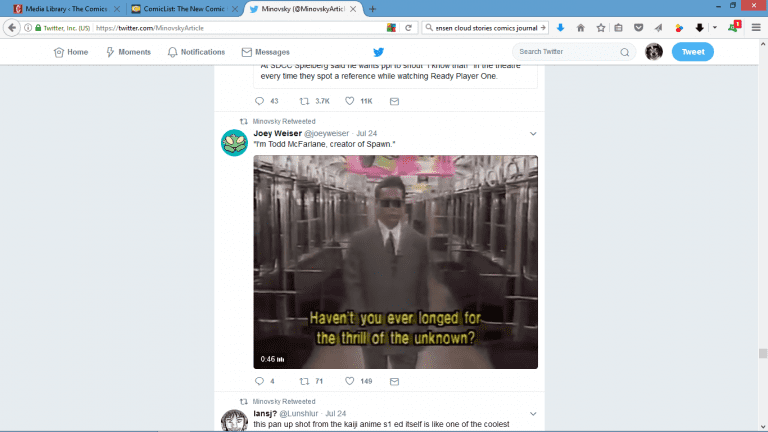