I return from a near solid week of doom-scrolling, laden down with comics folderol, hastily setting up my road-side stall from which to hawk my wares, frantically beckoning you over to scroll down just a smidge, whereupon you find this week’s links. Roll for initiative.

This is one of the cartoons in my winning entry for the @RFKHumanRights award. How American that it was announced on the same day as another school shooting. #RFKBJA #SchoolShooting #Texaselementary #TexasMassacre pic.twitter.com/veJUy48u4S

Taking it from the top… This week’s news.

• Rolling out from the recent Pulitzer Prize announcements for 2022, the Association of American Editorial Cartoonists have added several names to their open letter to the Pulitzer Board, as multiple former winners of the newly evolved and excised Editorial Cartoonist category petition for its reinstatement.

• More awards news, as the National Cartoonists Society announced this year’s nominees for the Reuben Award for Outstanding Cartoonist of the Year, with Bill Griffith, Keith Knight, Hilary B. Price, Edward Sorel, and Mark Tatulli all in the running, winner TBA on October 16th.

• The final awards news of the week, as Sabba Khan's The Roles We Play has become the first graphic novel to win the Jhalak prize for best book by a writer of colour, with the judges citing its timeless and powerful storytelling.

• Auction news, and a 6.5 grade copy of Detective Comics #27 has set a new record for top price paid to see the first appearance of Bruce Wayne, as bidding closed at $1.74 million (including buyer’s premium), up a cool quarter mil from 2020’s previous gold medallist.

• Further moves in the Webtoon space, as competing platforms attempt to carve out territory in international markets ever-hungry for #content, and Tapas’ parent corp Kakao announced that it will be merged with digital prose platform Radish to form a gestalt entity, presumably to appease an algorithm/s furiously calculating how best to retain the attention of the fickle but lucrative 16-34 readership.

• Collective bargaining news, and the workers of Seven Seas Entertainment have announced their intention to form a union with Communications Workers of America, stating that they are “overworked, underpaid, and inadequately supported” - this announcement coming in the same week that the publisher revealed its new lines of Girls’ Love and Boys’ Love stories, which one would assume are only adding to that overwork - United Workers of Seven Seas’ full list of goals can be found here.

From all good book stores… This week’s reviews.

• Ryan Carey reviews the singular missions of John G. Miller’s The Collected John G. Miller: 1980-1989 & 2000-2011 “Indeed, for all the far-from-punk musical references and personages Miller sprinkles liberally throughout, there is a decidedly punk-influenced “vibe” to his work in terms of its adherence to DIY values that lends an extra frisson of otherworldly weirdness to strips about the likes of, say, Kim Wilde. But it works - hell, it all works.”

• Chris Mautner reviews the stunning reframing of Sammy Harkham’s Crickets #7 - “Harkham’s art throughout this latest issue has a much looser, more relaxed feel than in previous episodes, which is not to say it comes off as sloppy or rushed. Quite the opposite in fact. His eye for detail and mastery of cartoon language remains as strong as always. But there’s a slight relaxing of the reins here; his pen line seems less tight, less controlling than in previous issues, and it aids considerably in the sort of day-to-day melodrama that Harkham is trying to convey.”

Andy Oliver reviews the lyrical symbolism of Alxndra Cook’s Moonlit, and the atmospheric obliqueness of Douglas Noble & Robert Wells’ I Remain a Stranger.

Mike Peterson reviews the illuminating questions of Sabba Khan’s What is Home, Mum?.

Nick Smith reviews the rewarding complexity of Eliza Victoria and Mervin Malonzo’s After Lambana: Myth and Magic in Manila.

- The exemplar nuance of Noah Van Sciver’s Joseph Smith and the Mormons.

- The grounded hope of Sofia Warren’s Radical: My Year with a Socialist Senator.

- The intricate fantasy of Jake Wyatt and Choo’s The Well.

Alex Dueben interviews Rachel Pollack about Doom Patrol,  Silver Age reverence, making up bizarre things, the queer nature of superheroes, and problems with artists and gods - “I got a lot of negative response from some of the [Doom Patrol] fans. It struck me later that part of the problem was that as a woman writer I was looking at it very differently than a lot of male writers when looking to take on a new thing. What you were supposed to do in the male dominated comics field was either slavishly copy the previous person – or just destroy him. In this very Freudian Oedipus Complex way. Destroy everything he did and start over completely.”

Chris Coplan talks to Sean Murphy about Batman: Beyond the White Knight, new ideas for the Caped Crusader, distinguishing anger, and character commandments.

Michael Maslin interviews Edward Koren about 60 years of contributing to The New Yorker, beasts in your brain, changing opinions on writers, and spending time in the great outdoors.

• Wes Craig interviews Fiona Staples about Saga, completing video games and having kids, juxtaposing the familiar and the wacky, and Canadian deep cuts.

Calvin Reid talks to Archie Comics’ Mike Pellerito and Jamie Rotante about the publisher’s business changes during the pandemic, and how things are going in 2022.

Anna Marta Marini speaks with Julia Round about researching the intersection between Gothic and comics, identification with outsider figures, and the haunted nature of comics pages.

Worthy distractions, one and all… This week’s features and longreads.

• Here at TCJ, Aidan Lee charts the teething issues inherent in translating vertical-scroll digital comics to physical formats, as differing cardinal directions of flow lead to confusing and awkward page design - “A common occurrence within titles formatted for a platform like Webtoon is the inclusion of word bubbles that break the panel border. These word bubbles can serve as a way to aid the flow of the story while the reader scrolls through the comic. When applied to a book, an oddity occurs occasionally with a word balloon breaking the top right side of the panel - and, as the highest balloon, they are intended to be read before a balloon on the left that is positioned lower. Reading this way can become mildly tedious, as even strong layouts can feature such counterintuitive balloon placement.”

• Also for TCJ, Andrew Field writes on the impressionism and innovation of Liana Finck’s work, focusing in on Passing for Human, celebrating that book’s presentation of Finck’s genius - The plasticity of the image and concept of the shadow in Finck is part and parcel of a larger ability to give us works of art that can be interpreted endlessly. This in turn seems part of Finck’s complicated skepticism, for she is often somehow smiling and raising an eyebrow at the same time. There is a famous quote from Pirkei Avot to “build an open enclosure to the Torah.” If we read sacred and secular works as forms of Torah, then we can say that Finck’s work is both inviting and forbidding, because it is honest, sometimes enjoyably cruel, eccentric in the best way, and it opens literary, visual, and Jewish traditions to a wider audience.”

• A Cartoonist’s Diary returns to TCJ, as André Valente provides insights into the grammar of dreams, (almost) spring cleaning, whether size matters, whether language matters, and a final entry going up today.

• Bringing even more comics to TCJ this week, Avery Hill shared an excerpt from Taki Soma’s Sleeping While Standing, due out in July.

• For those who prefer The Comics Journal in physical form, the latest issue, #308, featuring interviews with Pia Guerra, Alex Graham, and Civil Rights activists Jennifer Lawson and Courtland Cox, is available to order now, and can also be accessed by digital subscribers here.

• Brian Hibbs returns to Tilting at Windmills for The Beat, looking Diamond Distributors' new Terms of Sale, and the raw deal it offers to some sellers of periodicals, as shipping costs increase, and become increasingly convoluted, and standard discounts become even more arcane depending on the publisher in question, while a reversion to a functional monopoly (this time with Penguin Random House at the wheel) would shift even more risk onto retailers.

• For Christianity Today, Daniel Silliman writes on the life and work of Fred Carter, prolific artist on Chick Tracts, and frequent collaborator with Jack Chick, who passed away earlier this month aged 83.

• Over at Broken Frontier, Norm Konyu give a creator’s commentary on the making of The Junction, and learning by doing/flying by the seat of your pants.

• For Women Write About Comics, Amanda Murphyao shares inspiration for artistic adventurers gleaned from Chad Sell’s Doodleville, culminating in a homeschool field trip to the Art Institute of Chicago.

• Helen Chazan shares some more recent reading, over at Solrad, looking at the textural delights to be found in Batman: Legends of the Dark Knight #16, Charlton’s Ghostly Tales #127, and Glamorous Romances #66.

• For NeoText Review, Robert Smith writes on the artwork of D’Israeli (aka Matt Brooker) and the ever-evolving aesthetic of the venerable 2000 AD.

• Over at Shelfdust, continuing the Shelfdust 500 series, Madeleine Chan shines a light on Ted Anderson and Rye Hickman’s Moth and Whisper, and the identity symbolism found therein.

• Mike Peterson rounds up the week’s editorial offerings, for The Daily Cartoonist, as failures to provide for children gave way to failures to protect them.

• Comic Art Live’s Spring ‘22 edition took place this week with virtual live events, creator interviews, and panels, all from the comfort of your living room, if you have a suitable device for streaming from YouTube in said room.

• Shelfdust Presents’ The War Effort drew to a close, as a full retreat from Secret Wars #12 sounded, and Al Kennedy, Steve Morris, and Kirsten Howard saluted Marvel’s brave conquering heroes, presumably to be mined for a cinematic outing at a multiplex near you soon.

• More Cartoonist Kayfabe, as the earth continues to turn, and it was a triple header week with Tom Scioli joining Ed Piskor and Jim Rugg to take a look at Maximum FF / Fantastic Four #1 Panel By Panel, some Lee and Kirby Silver Surfer, Archie Goodwin and Al Williamson’s Success Story from Creepy #1, alt-history in What If? Elektra Had Lived, and some hypothetical art buying.

• Christopher Butcher hosted this week’s edition of Mangasplaining as the team took a look at the short stories of Fumi Yoshinaga’s All My Darling Daughters, the author’s work in BL manga, and some personal hunk anecdotes.

• David Harper welcomed Tillie Walden to Off Panel, as they spoke about Clementine, comics and video games and comics versus video games, and teaching comics and managing workloads.

• A super-sized episode of Publisher’s Weekly’s More to Come this week, as Calvin Reid, Heidi MacDonald, and Kate Fitzsimons discussed the various comings, goings, and wherefores of the last couple of weeks in comics, which have been markedly busy.

I finally get to show my variant cover for the amazing spiderman #900 marking the 60th anniversary.
Probably my most simple cover yet but to the original roots of our friendly neighborhood spider-man.

Colors done by the one and only badass @SpicerColor

That’s your lot for this week, back now to snorting crushed caffeine tablets and watching rolling news until my eyes start to bleed, as nature intended.

nb. a little extra context on this last embedded tweet - it seems that Yoshihiro Togashi is returning to Hunter x Hunter, and has joined Twitter to promote this, confirmed as legit by fellow mangaka, the above apparently a blurry preview of whats to come, which quickly amassed a level of engagement that most SEO/SocMed managers would sell their souls for in 2022. 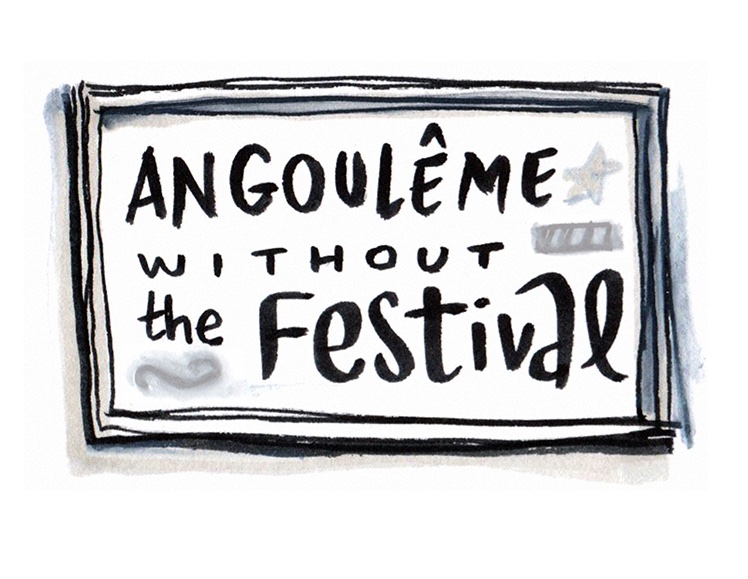 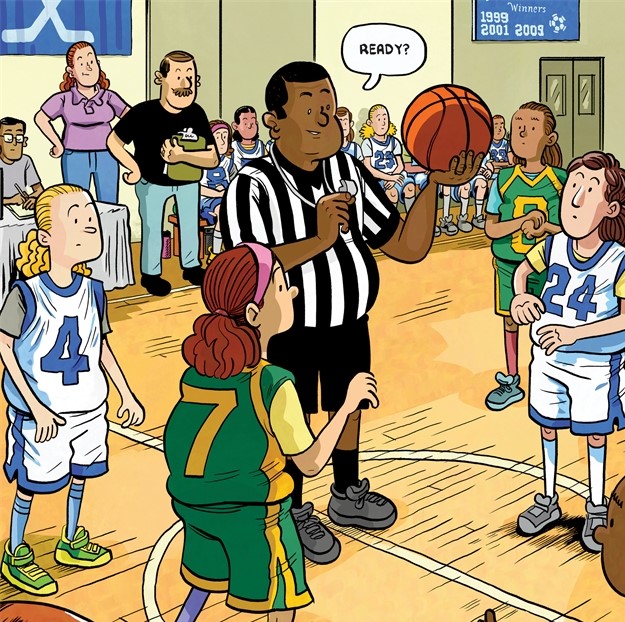 Giving Comics a Middle Grade: Investigating Children’s Comics Made for the Book Market