Today on the site, Rob Kirby is here with a review of Rokudenashiko's What Is Obscenity?

In July 2014, artist Rokudenashiko, aka Megumi Igarashi, was arrested on obscenity charges at her home in Tokyo. Her crime? Creating cute little anthropomorphic toys and other items designed from a mold of her own vagina. What specifically caught the attention of authorities was her design for a boat shaped like a manko (Japanese for “vagina") that she created with the support of a successful Kickstarter campaign. Because she enabled her backers to download the 3D art with which to create their own manko art, she was charged with "distributing obscene materials." Though the censorial forces against her are formidable, Rokudenashiko's outrage and fighting spirit spurred her to fight back, and in What is Obscenity? she tells the story of her incarceration, her efforts to clear her name, and much more: the book is a funny, smart, and pointed call to arms for freedom of artistic expression against antiquated and patriarchal repression.

—I missed this Paste interview with Paul Kirchner about the recent reprint of Murder By Remote Control (which he created with the late mystery author Janwillem de Wettering).

Once you start admiring your work too much, you never get better, so I would never say anything I did was perfect. Wally Wood described satisfaction with one’s own artwork as “infantile self-love.”

In his review of the book for The New York Times, Gahan Wilson wrote, “I wished that the drawings had occasionally been a little more ethereal when depicting subjects vaporous and dreamy; their continuing solidity never quite gets past the literal kind of make-believe you encounter in circus posters.”

As a fan of Wilson, when I read that I thought, “Did I do something wrong?” It has always been my intent to draw the surreal elements, the visions, with the same sense of weight and reality as everything else. That’s the whole point, really, and it has never occurred to me to do otherwise. And I like circus posters. So I decided that this was just a difference in artistic vision, and not a knock on me. There are always strong points and weak points in anyone’s style, and what makes it strong in one way makes it weak in another. You have to come to terms with that.

—Inverse has a brief interview with Ben Sears. 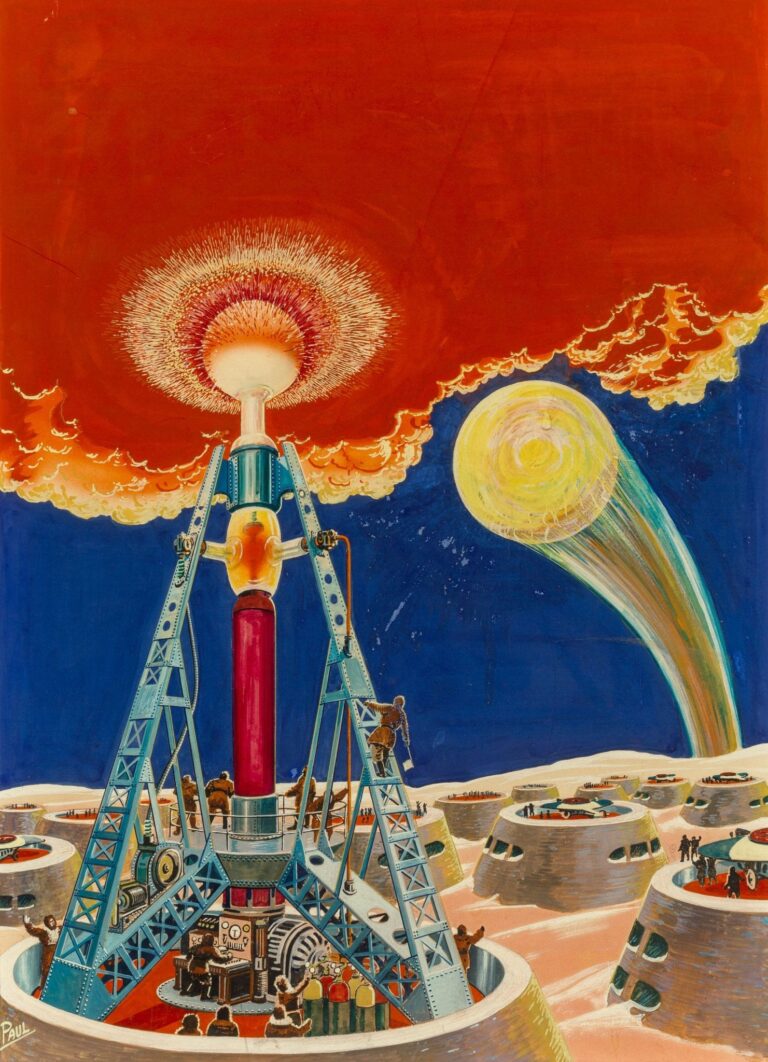 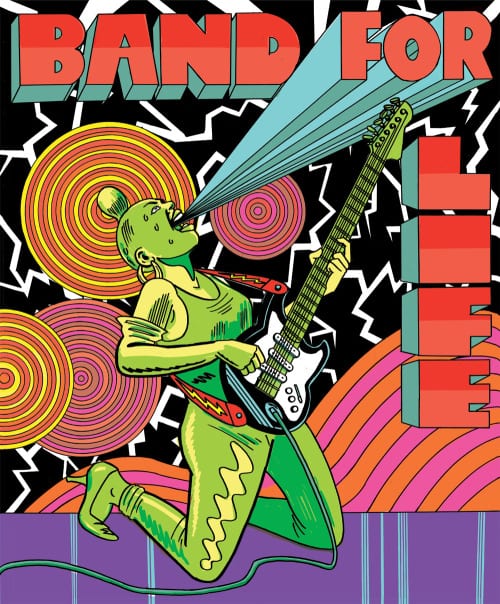