Hopefully, you've all gotten a chance to read Michael Dean's assessment of the Museum of Comic and Cartoon Art's accomplishments yesterday. Today, we have the promised supplementary feature: Dean's interview with Lawrence Klein, MoCCA's founder. Here's an excerpt:

DEAN: Do you ever feel frustrated with some decisions being made? Like, “Why is this thing being done that way?” or “Why didn’t they consult me about this?”

KLEIN: I don’t look at it like that, because I don’t want them consulting me! I don’t want to be bothered! [Laughs.] No, I want to give it a chance to grow and be what it is. Sure, there’s a time or two where I’ll say, “Huh, interesting decision. I’m not sure why they did it, but they must have felt that it was the right thing to do.” I haven’t seen anything outrageously crazy that would make me say, “I’ve got to step in and end this, or I’ve got to step in and take over.” But one of the things I tried to do with MoCCA was, in essence, to be a benevolent dictator. Listen to everybody and get everybody involved, but make the final decisions. To do what we did, at the time we did it, you needed focus. A strong focus. There were so many things that everybody wanted to do, but we couldn’t do everything. We wanted focus, and we wanted me to lead based on that focus. And that needed to happen.

And then, of course, we have the latest installment of Tucker Stone's Comics of the Weak column. Can you believe it was only three weeks ago he started doing this? I can. I'm still not used to getting up this early in the morning to edit.

Elsewhere, John Hilgart of 4CP fame has inaugurated a new column of his own over at HiLobrow, revealing the mysterious sources for his previous work.

Robert Birnbaum has a great, lengthy, meaty interview with Ben Katchor up at the Morning News.

David Chelsea has posted a part two for his post on perspective and Ivan Brunetti from last week.

And the Wright Awards nominations have been announced. 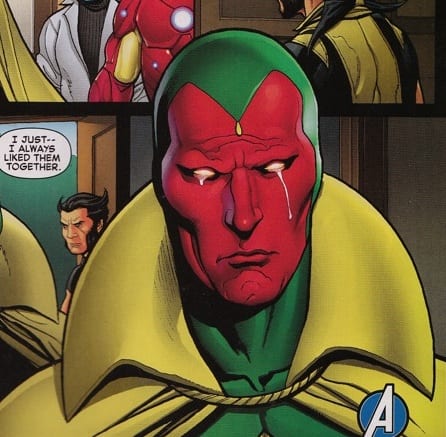