I took the train from Pittsburgh, PA to New York City. You go through the Appalachian Mountains. It's pretty. Johnstown, PA (where Steve Ditko is from) is particularly beautiful in a classical ruins kind of way. Especially with the snow covering everything. (I used to play hockey in Johnstown. We would play in the same rink where the movie Slapshot was filmed. My line used to be called the Hanson line. They put the three little Italian kids on one line: Santoro, Asturi, and Fratterolli. The parents in the stands would howl with laughter seeing us tear around the ice unafraid of the bigger kids on the other team. They murdered us on the scoreboard but it didn't matter.)

It felt good to be back in the interzone flow of New York City. Everything speeds up and if you know your way around you can really get into the sport of just walking the streets and riding subways. I think I enjoy it a little too much. But it was Slush City this visit. Vast lakes and rivers of gray snow and ice at every corner. The worst would be when a car would turn corner and splash the puddle of slush towards you while you're waiting for the walk sign.

Had lunch with Dan. We talked about his What Nerve! exhibition and again revisited the subject of liking something and really liking something. I showed him some new stuff I'm working on. Dan's still retains one of my most trusted expert set of eyes for feedback.

This is what I was in town for:

Frank Santoro on “Comics as Music: borrowing compositional strategies from music and applying them to comics.” Frank Santoro [did] present works from various cartoonists to illustrate how comic book layouts can be thought of in musical terms.

For those who don't know the NY Comics & Picture-story Symposium is organized by Ben Katchor. Also for those who don't know: Mr. Katchor is one of my heroes. The phrasing of his drawing style had an enormous influence on me. So I was really happy to be asked to participate. I was also kind of nervous even though my planned talk is something I knew backwards and forwards.

Here are my notes: 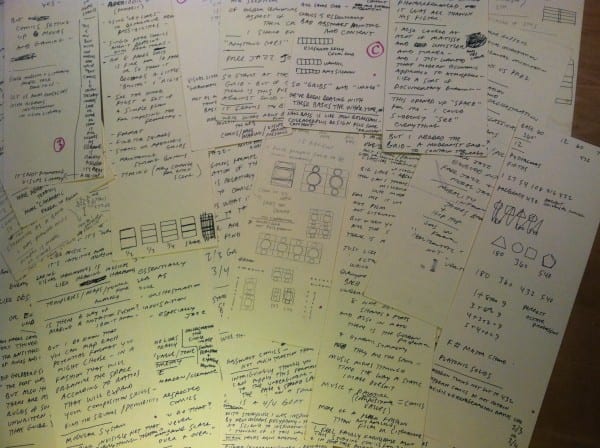 And they're double-sided. I would just scribble down any idea related to "comics as music" that would come into my mind. It felt like one of those times where you study so hard for a test that you somehow feel like you can't study anymore. I felt like I knew the material and just had to let go and use the Force.

However, I didn't really get to all my notes. I packed a lot into the two-hour lecture. So I thought I would pull out some notes that I didn't get to elaborate on.

So read this first. This basic overview is what I used during the lecture as a spring board.  I basically just cannibalized the various posts I've written about comic book layouts. Someday, I'll have it all in one blog or one book. However, I kind of like that you have to dig around for all of it presently. So click on that link and then come back.

Chris Ware said this about comics and music: "As far as the musical sense of comics goes, in 1988 when I first quit using words in my comics, and I decided to use pictures only, what I was trying to get at was that sense of unheard music in a comic. If you read any comic without words you’ll still 'hear' something in your head. It’s not really like music. It’s not even really tones, it’s just a broken pattern of soundless rhythm. I had the inkling that these 'sounds' were probably the root of what the real power of comics was: that sort of visual patterning that would then be reinterpreted as a perceived rhythm in the mind."

Frank here. Something I like to think about a lot is how music influences the organization--or the arrangement--of my comics. All the elements are like an orchestra and I'm the conductor who also writes the arrangement and plays all the instruments. I felt all this intuitively for years. There really wasn't any "science" to it--or so I thought until I began investigating the connection between what is intuitive and what is measured.

Dan Nadel called Fort Thunder "the antithesis of rules and restraint." Leif Goldberg said, "The Fort was really open but also had rules. There are always rules of some kind. Unwritten rules that guide you."

Indeed. I'm not a musician but I listen to music all day, every day. (And I'm slowly learning my way around a piano.) I believe the music creates a sense of order which my thoughts and creative activity can "jump" into/onto at any moment. Basically it's a daily diet of classical works and jazz (many jazz musicians don't call it jazz anymore --like cartoonists may or may not use the term "comics"--it's art--it's music--'nuff said). The orchestration of classical and the improvisation of jazz truly fascinates me. It connects directly to my brain without translation. Music is the universal language. I can feel it even if I can't play it. I know there are rules in music. For some they are unwritten and for some they are written. Regardless, there was a time when music did not have a notation system yet the rules still applied.

I believe the same goes for drawing. Those who draw well often just "see it" the same way musically inclined people just hear it. What is the notation system for drawing? It's the graphic representation of geometry. It's math class and art class together. Unfortunately, these buildings block of "visual literacy" are not promoted a great deal by schools (check out this visual literacy rant by George Lucas). We get a little geometry in math and we get a little perspective in art class but that's about it. We separate all the disciplines so being able to "read" images is sometimes hard for those who don't just "see it." I have a theory that this is the main reason that comics are not embraced fully by the literary world. I think they can't "read" the images. Their visual literacy is limited. Music appreciation and art appreciation can be taught. English class can teach you to appreciate the classics of literature. The written and unwritten laws of what makes good literature. You can also become better at hearing and seeing the "equations" that make music and art beautiful. It's all connected.

Space is the Place. 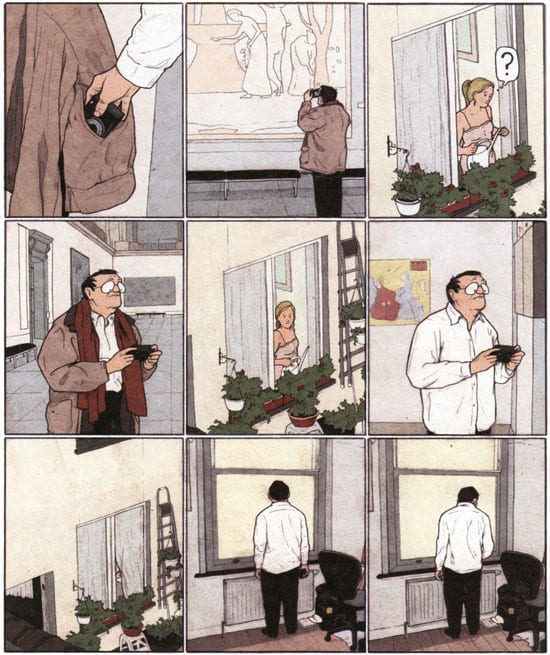 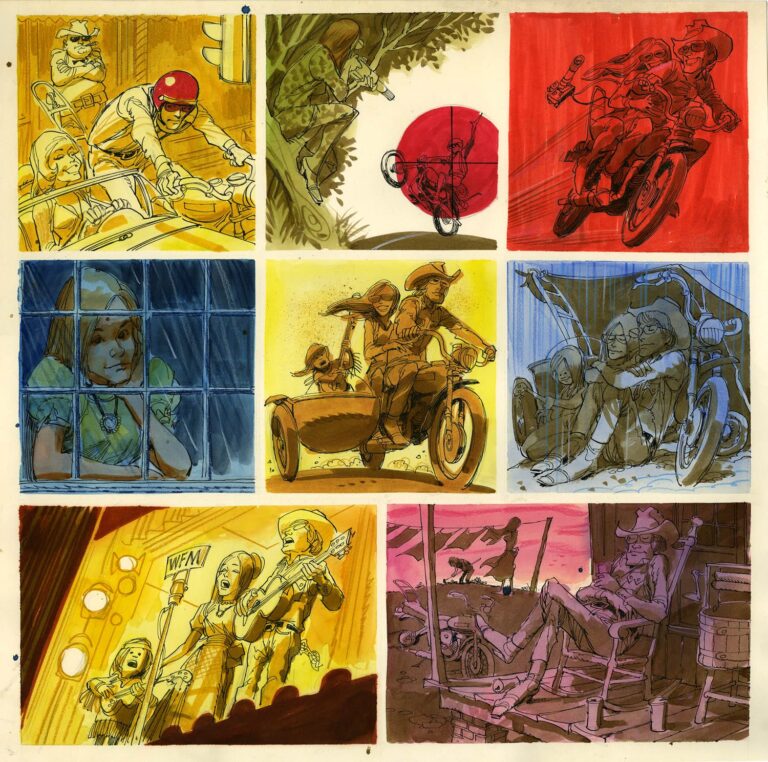