Tuesday morning means it's Joe McCulloch morning, and he's got your Week in Comics right here. Joe also delivers something of a eulogy to Comics Alliance, the popular website that was apparently shut down by its parent company AOL over the weekend. Robot 6 ran the first report, and The Verge has a little more information over here. The reasons for the shutdown aren't clear yet, though CA-affiliated editors and writers have claimed via social media that the closure was not due to traffic or "performance." Comics Alliance was never my go-to site, and it seemed to have lost some momentum over recent years, but it undoubtedly featured some talented writers (some of whom are also occasional contributors to this site) and was very important to a certain kind of comics fan, still emotionally attached to the popular superhero properties of their adolescence, but beginning to question some of DC and Marvel's corporate decisions — the type of people who would invoke (and celebrate) the idea of "geek culture" in earnest. That's not my bag but it is a lot of other people's, so it's a shame to see the site end so abruptly and unceremoniously.

—Michael Cavna at the Washington Post talks to Ruben Bolling about the multi-cartoonist political ad he put together last week.

—I'm pretty sure we haven't yet linked to Frank Young and James Gill's comic-book image site, Panels to Ponder. The Facebook incarnation of it is more active.

—A Moment of Cerebus digs up an old speech Dave Sim gave in 1995 to SCAD consisting of advice to young cartoonists. I think he's wrong on the music thing.

—Not Comics: A 1938 rejection letter from Walt Disney to a young woman interested in becoming an animator. It's easy to discount this as ancient history, but it is actually in living memory for some. 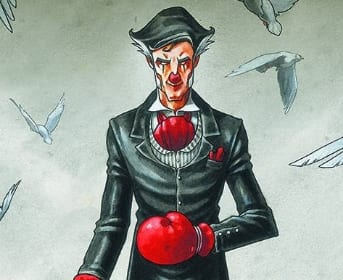 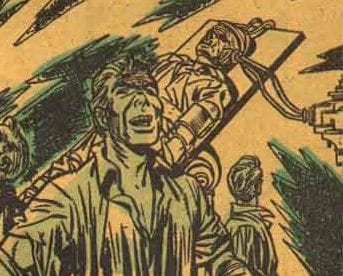 Two Questions Answered about ‘The State of Comics Criticism: 2013’