Conventions are generally a whirlwind of events, but this year was even more hectic than usual: I was working, helping to man the OK Comics (the fab comics store at which I work) tables with the guys, was conscious of doing this write-up and so attended panels for due diligence (panels are deathly boring, yo) as well as having a list of things on my “to buy” list and people I wanted to see. The guys had done the hard work lugging all the books to the Armouries in a van and setting up, so by the time I strode in with a packed lunch of Irn Bru and Jammie Dodgers on Saturday, the queue was happily snaking around the building in the cool sunshine. I knew we were sharing table space with publishers SelfMadeHero, but it’s still pretty daunting to have one of your favorite cartoonists- Frederik Peeters- in much closer proximity than imagined. I had a plan, right? At some point in the day, I’d just naturally strike up a conversation, and we’d talk like normal people, but then the kindness of others resulted in the world’s most awkward handshake and introduction, a complete lack of eye contact and brain freeze on my part, which in turn meant I had to ignore him the rest of the weekend. Peeters has a proper superstar air about him. I don’t mean that he’s haughty, but that he has a tangible presence. That presence was keenly felt on Saturday, as he spent most of the day arms folded, stalking up and down two meters of tight area as he waited for copies of his new book, Aama, to arrive, which didn’t happen until the last 15 minutes of the evening. He was calmer on Sunday.

Bob Levin covers Ray and Joe: The Story of a Man and His Dead Friend.

Ray and Joe: The Story of a Man and His Dead Friend, edited by Bob Fingerman and Gary Groth, is a 184-page collection of Rodrigues’s most scabrous work, all of which seemingly ran in the “Lampoon” between 1978 and 1989.  I say “seemingly” because the book omits any delineation of which appeared when as though to keep all statutes of limitations on the table as potential defenses against any group libel claims from the tissue-skinned.

The volume contains four narrative pieces,  20 to 84 episodes in length, and several more abbreviated efforts.  (A collection of Rodrigues’s gag cartoons is slated for future release.)  They seemingly – there’s that word again – appeared, one installment per issue, in primarily nine-panel, single-page strips, with story lines that could shift as abruptly as a dirt track Chevy.  The strips do not build to a single, concluding laugh but pull smiles and chuckles at disparate points en route.  Rodgrigues works like a silent film comedian, choosing a situation and wringing as many laughs as he can from it before moving on, like Charlie Chaplin starving in a cabin or Harold Lloyd climbing a building, though Rodrigues’s situations are more likely to produce an uplifted eyebrow or sharply sucked in breath: rooming with a corpse; a private detective in an iron lung; the ugliest little girl in the world.

And the lists are coming in like crazy right now. Here's one from Comics Alliance. And here's another from NPR. Here's a nicely illustrated one from Ryan Cecil Smith. 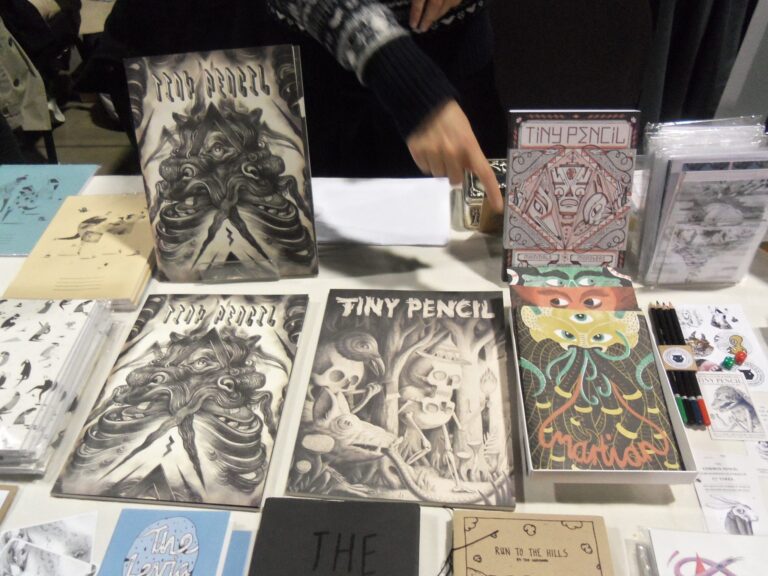 Thought Bubble 2013: How to Retain Your Soul 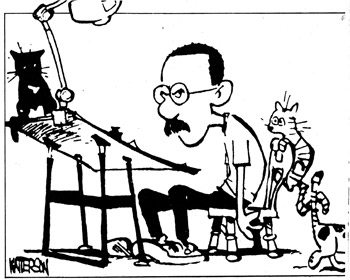