Well, on we march. Today Michael Dean breaks the story of Al Feldstein and the Harvey Kurtzman estates taking actions to reclaim the copyrights to some of their work:

The Journal has learned that legendary EC writer/editor Al Feldstein and the estate of Mad editor/cartoonist Harvey Kurtzman have filed notices to reclaim the copyrights on their work. Feldstein confirmed the filing and told the Journal he has already reached a settlement with the William M. Gaines Agency, which owns all the EC horror, science-fiction and crime properties that Feldstein worked on as editor and writer in the early 1950s. Those titles include the classic Crypt of Terror, Vault of Horror, Tales from the Crypt, Haunt of Fear, Weird Fantasy and Weird Science. Gaines agency administrator Dorothy Crouch confirmed the agency has reached an agreement with Feldstein, but declined to comment further.

And Katie Haegele reviews Ron Regé Jr.'s highly anticipated new book, The Cartoon Utopia. I've been waiting for this one for years and I'm thrilled to see one of our very best cartoonists in peak form.

The comics in his new, almost literally dizzying book, The Cartoon Utopia, are packed with visual detail and collect his thoughts on magic in some of its many incarnations: astrology, the occult, sex magic, the “alchemy” of love relationships and other hermetic principles, and communion with animals. It opens with a short introduction by Maja D’Aoust, the self-described White Witch of L.A. who had Regé as a student in her “Magic School” lectures. In it, she describes the otherworldly sense of coincidence that swirled around the group of artists and musicians that took her class during this time.

Frieze on recent exhibitions of comics, including the Daniel Clowes retrospective.

And The Brooklyn Comics and Graphics Festival, which I co-organize, really picks up steam today with, among other events, a couple exhibition openings, a film screening and a conversation about French comics. 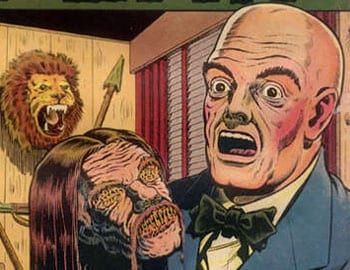 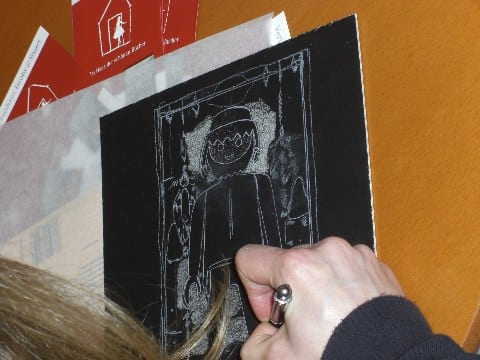