Okay, we've got a big-time treat for all of you today: a 13,000-word interview of Robert Crumb conducted by Gary Groth. Topics include Crumb's aborted trip to Australia, the Meese Commission, the Republican primaries, and corporate fraud. That's just in the beginning section, before Groth and Crumb more or less reenact the canceled Australian live appearance, with Groth passing along questions from a select group of inquisitors including Tony Millionaire, Kim Deitch, Megan Kelso, the Hernandez Bros., Trina Robbins(!), among others. A must-read, folks. All your friends will be tweetering about it.

Ray Davis has some notes after reading Eddie Campbell's Alec: "The Years Have Pants". He also reproduces (with EC's apparent permission) three pages from How To Be an Artist that were cut from the larger anthology.

Jessica Abel and Matt Madden are interviewed at length about the Best American Comics series. They talk a lot about the selection process, too. Worth reading before going off on your big rant about the book doesn't include this or that.

Dan Wagstaff has a short but sweet Q&A with Jason over at the Casual Optimist.

Perhaps this movie will be studied, in years to come, as a Žižekian example of a dominant ideology's capacity to recuperate its own negation, or something along those lines. For now, we just have to wonder how Spielberg went so wrong, or if he was in fact involved at all: so badly put together is this film that it's easier, and perhaps more comforting, to imagine a semi-simian marketing committee writing and producing it under the banner of his name. If your children love the Tintin books – or, more to the point, if they have an ounce of intelligence or imagination in their bodies – don't take them to see this truly execrable offering. 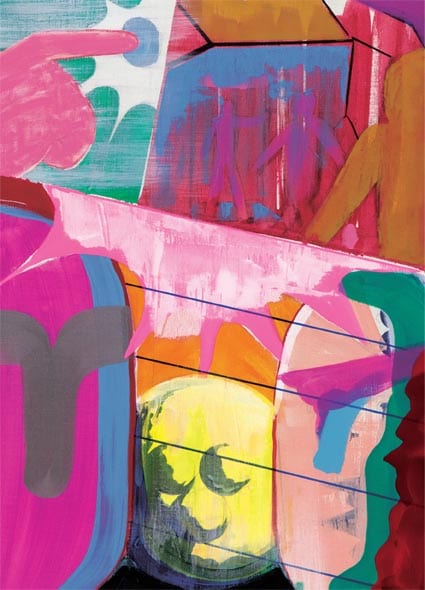