Joe McCulloch is back for another round this week, with a lengthy interview with Jean-Pierre Dionnet, the comics writer and co-founder of Métal Hurlant and Les Humanoïdes Associés. They discuss the gamut of his career. Here, Dionnet discusses the very early days of Métal Hurlant:

So suddenly, everybody in a new generation is connecting. I didn’t know that a new generation was waiting to do the next thing. They came from everywhere. As said the Nietzschean philosopher Bruce Willis, about his movie Die Hard, you only come at the right place, at the right moment, one time. An all-new generation, mostly in science fiction at the beginning, but after, some of them were singers, artists, whatever. Some came with dirty drawings, and I took them the same way I used some sex to sell; then we stopped showing sex, because we knew it was suddenly okay – we were kids. Some were waiting for the flying saucers to come to earth.

Me, I had no point of view. In my head, I was like Elric of [Michael] Moorcock, a servant of the chaos. Some were communists, but they were Stalinians. Some were near the right – I mean the extreme right, but not in what they brought me. It was funny. So my idea was that my taste was not important. What was important was that the stories were well done, that those people were convinced - I would publish them. The tone of the magazine would come from a mix of everything.

And here's where he discusses how US editors adapted Métal Hurlant into Heavy Metal for the American market:

I made a big mistake, because I said I don’t want to colonize America, so let’s say that it would be good if you can put some American stuff in also, maybe 10 or 20 percent. What I didn’t know is that all the editors – Julie Simmons was the daughter of [National Lampoon co-publisher] Matty Simmons, and Ted White – were great with science fiction, but had very bad taste in art, like a lot of science fiction people. They began to have stories by people I don't like. Aside from [Richard] Corben, who I published first. Aside from Kaluta. I was very naïve, I'd say maybe you could give stories to Spiegelman, to Crumb, to Moscoso. And they didn't want to work with those people. Art was starting RAW at the time, and didn't need to, but I think that most of them would have accepted to have, let’s say, a comics section in Metal at the time.

One fun thing to do with this interview is to count the number of actual questions Joe asks. This is great stuff.

[UPDATE: It is being reported that Joey Manley, the founder of Modern Tales, passed away last night. Many people are leaving tributes on his Facebook page. Shaenon Garrity wrote about her own experiences with Modern Tales on this site earlier this year.]

That's it for today. Time for CAB. 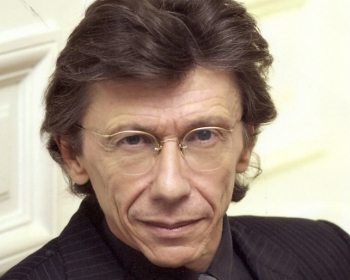 “I’ve Already Forgot What I Said to You, But I Know It’s the Truth”: The Testimony of Jean-Pierre Dionnet 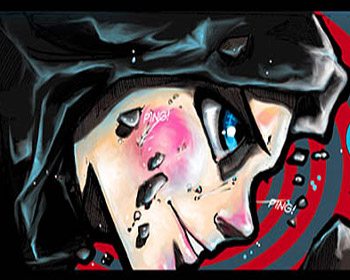