Dylan Horrocks is here with day three of Cartoonist's Diary. Today, he teaches a class, and ponders how many cartoonists there are whose work he's never read.

The central storyline of Esperanza's first half isn’t Izzy’s downfall at all, but Maggie’s struggle to account for the discrepancy between the woman she is now — a responsible professional with professional responsibilities, who likes to stay out of trouble, who maybe wants more out of her best-friend-with-benefits Hopey than the friendship and the benefits, and who can’t tell if that relationship is the exception or the rule with regards to her sexuality — and the girl she was when she first came to define herself as a person — a carefree hellion whose folie à deux with Hopey was, as best she could tell, the center of everyone’s universe.

Outside our compound walls: I don't know how I missed this earlier, but Journal columnist Craig Fischer recently started a blog, Fischer on Comix, which seems to be both a repository for older work needing a home and a few new posts as well. His recent essay on Taniguchi is a highlight.

It's also been a while since we've linked to Journal columnist Rob Clough's personal site. If you like the comics he reviews here, you really should bookmark or subscribe to Clough, because he's one of the few reviewers out there really devoted to consistently covering these small-run, obscure, and usually deserving works. He's been in a posting frenzy over the last few weeks, so there's lots there to read if you haven't visited in a while.

Finally, David Brothers has the visual proof of Marvel's priorities in terms of creator credit. 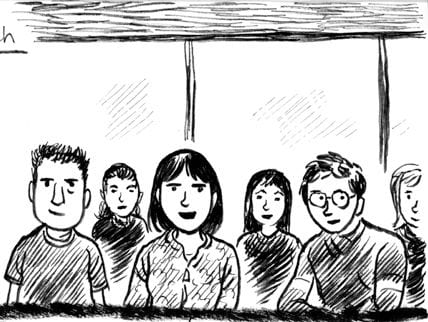 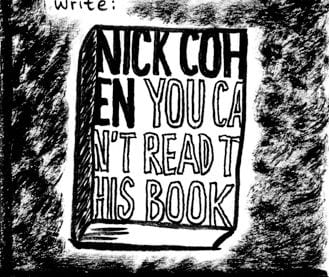