Glynnis Fawkes is a cartoonist and illustrator living in Burlington, VT and was a resident at the MdA in 2015 and 2018. Her most recent book is Charlotte Bronte Before Jane Eyre out in September 2019 by Disney/Hyperion. Also in September, Secret Acres will publish Persephone’s Garden, a collection of autobiographical comics that have appeared in the New Yorker and other places. Glynnis has worked as an illustrator on excavations in Greece, Crete, Turkey, Israel, Cyprus, Syria, and Lebanon and has a wide range of storytelling interests. I chatted with Glynnis over email to talk about her new projects, process and her residency experience. 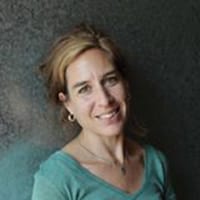 What are you working on right now? How did the project come about?

Right now I’m working on illustrations for a film about Black Holes—I haven’t done anything quite like it before. While at the MDA [Maison de Auteurs] I worked a little bit on 3 different projects: Charlotte Brontë Before Jane Eyre, a graphic biography that will be out this fall; new comics for Persephone’s Garden, an autobiographical collection that will also be out in the fall; and a thumbnail draft for my next book, a middle grade adventure set in late Bronze Age Greece and Egypt. I probably spent the most time on this last project, because I knew I could concentrate for continuous hours at the MDA—which is not usually possible at home. I also wanted to let the influence of European comics carry me away-- and try to make a European book by writing it there—that it would have daring drawing, hi-jinx and humor. (I suppose this is possible also in America!) At the library I found books by Europeans that have not been translated and that are very inspiring.

The subject matter you cover is so varied! How do you decide what project to work on?

Long stories all around! When James Sturm, the editor of the Center for Cartoon Studies Presents Series, asked me if I would be interested in doing the project, he gave me a few options of people to write/draw about, and the Brontës jumped out at me. Working with James, I’ve learned a tremendous amount about the process of making a book, and about pacing, and how to condense a lot of information into 90 pages. And gained love for the Brontës and for all that CCS does!

Leon Avelino of Secret Acres had the idea to publish a collection of my autobiographical comics which became Persephone’s Garden. This book spans about 6 years of my comics about my kids, collected from mini-comics I’d produced for SPX and MoCCA, and comics I drew for the New Yorker.com, Popula, Muthamagazine, and Spiralbound. The book covers about half of my children’s childhoods, and because I’m no longer drawing about them (they say NO), it marks the end of an era in my work. While at the MDA I wrote around 20 new pages about my mother who has Alzheimers--which maybe is a beginning into more autobiographical work. Except first there is this Bronze Age book to make! 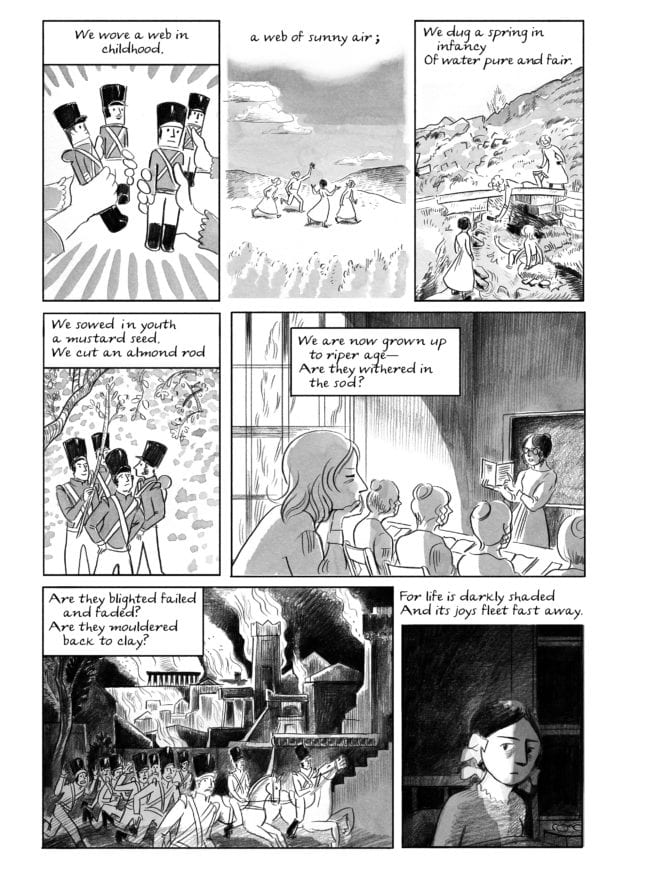 I proposed the Bronze Age book to an editor I’d met at MOCCAfest. I’d won an award for my book Alle Ego, a memoir of my first trip to Greece (that I wrote and drew during my first residency in Angouleme). I sent her the book, but because Holiday House publishes children’s books only, she asked me to propose a children’s book, a middle grade graphic novel. I wrote an outline and sample chapter based on an idea my husband, a scholar of ancient music, and I had once thought up: a story about artists and musicians in the late Bronze Age who travel between palaces. His academic research is about near eastern influences on ancient Greek music, and it would be interesting to dramatize this. In my earlier life as illustrator of artifacts and pottery on excavations all over the Eastern Mediterranean, I travelled to most of the locations in my book, and this helps me imagine the lives of people who lived in antiquity. The book is about how the massive eruption of Thera displaced a family of artists. I’d watched Mt. St. Helens erupt from Portland, OR, when I was 11, the same age as my main character, so the book is a “what-if this happened in the Bronze Age and was a lot worse?” I’ve never written fiction of any length and I’m still not sure I can pull it off. I’m working on a second draft now. But it’s a childhood dream to work on such a book! I spent hours reading every book of historical fiction I could find, and writing my own as well. Still, writing doesn’t come easily!

What’s your process in taking your stories from concept to their final form?

I draw thumbnail drafts. It’s funny that while I’m drawing/writing, I think I’ve drawn a vivid scene, and then when I look back at what I’ve done the day before, there’s almost nothing on the paper. So I go backwards and forwards between pages, and very loosely draw in the panels while I’m thinking of what comes next. When I do draw in the scene, there are lots of things that I realize I need to know--yesterday I was mesmerized by watching videos on youtube on how to spin with a spindle whorl--in order to make sure my characters were doing the right thing. When the script/thumbnails are solid, the next step is penciling. For the Bronte book, this is where I had to get the clothes, architectural details, and furniture all correct. After that I use a light table over the penciled drawings to make the final drawings on better paper. For the Bronte book, I printed out the final drawings at actual print size (which is smaller than the originals), and then made an ink wash over them using my light table, then scanned the wash and assembled the pages in Photoshop. (Technique learned from Alison Bechdel.) I tried digital tone, but it didn’t seem right, so I went back to ink wash, which is satisfying to do. I used a font for the lettering made by my first MDA studio mate’s ex-boyfriend she met on Tinder. 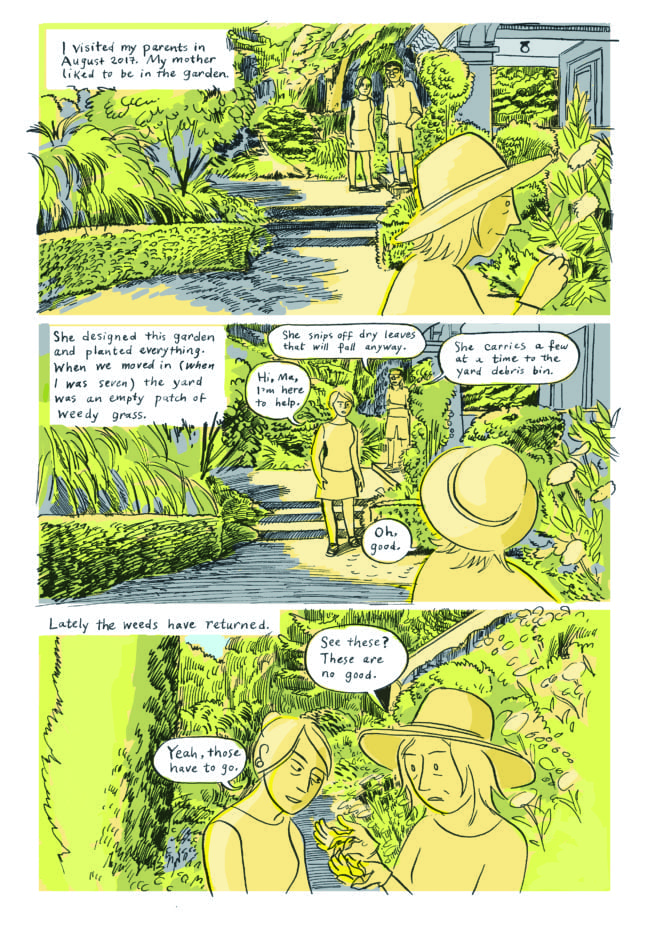 I want to do too much at once. Then I’m distracted by social media. I’m in the middle of writing/working out the story of the Bronze Age book, and it takes time, constant re-writing, re-thinking.

What is motivating you to work in this particular medium? (Specifically, what draws you to the medium of comics! Why not prose or fine art?)

Comics allows for storytelling through characters’ body language and expression as well as dialogue. Landscapes, environments, and other compositional elements like pacing, scale, depth, and detail all contribute to the narrative possibilities and make this medium the most vital for me. 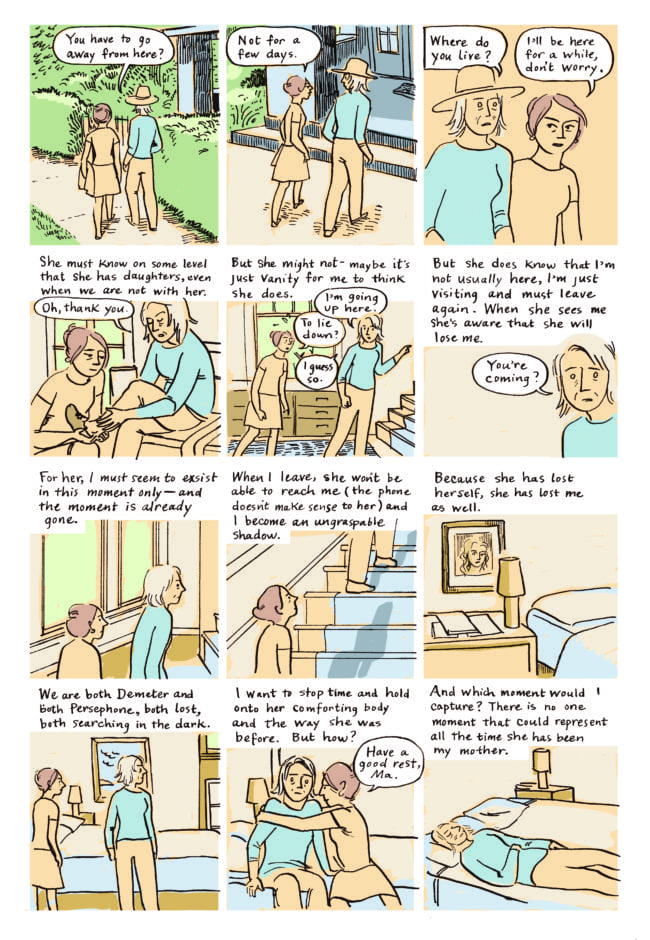 I studied painting in art school and graduate school, and before that I got degree in Arts & Letters and studied classics, languages (Russian, Italian, Greek), and art history. I was drawn to narrative in art--Greek vase painting, Egyptian painting, and the Italian early Renaissance--and for me these carry similar elements to those that go into comics. Actual comics, however, never featured in my formal education. Though after a long day at art school, reading Lynda Barry and Roz Chast was the best thing, I didn’t find the world of alternative comics until I went to SPX for the first time in 2011--and it blew my mind!

How has the Maison played a part in your work?

The Maison has played a large part in my work. My first residency was in 2015, and it opened my eyes to the world of European comics and cartoonists. I felt very inspired by meeting such a variety of outstanding cartoonists, each of whom had a unique way of working. Discussions about stuff like page-spread design and using color expressively rather than literally — made me feel like I’d gone to comics heaven—which is less dorky than you’d think because it’s in France. Visiting other residents’ studios gave me new ideas and methods of working that I’d take to my own studio. I left with the mission to level up, and having laughed a lot too. (Giulia, Tamia, Giorgia, Giorgina, Mathilde.) 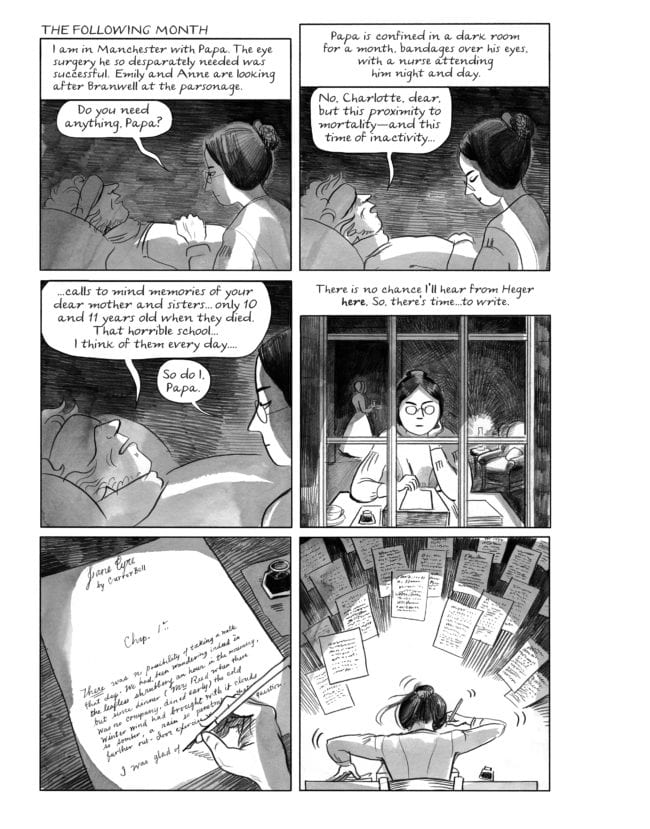 What are some pros and cons of working at the residency here in Angoulême?

For me, the residency is mostly all pro and no con, but my family might feel differently! It’s tricky for me to leave my husband and kids (who are in middle school) for very long. It’s also hard to finance the trip, and to justify it when I have a good studio at home. However, the way I’m able to focus and get work done, the community at the MDA, and living in France have all make a difference to my work.

I live in Vermont, a very good state for comics, thanks to the Center for Cartoon Studies and in Burlington, sympathetic bookstores, library, SevenDaysVT, and University. I work in my home studio and on a daily basis don’t see many people—let alone cartoonists. Thanks to Stephanie Zuppo, there is a Vermont-wide paper for female-identifying cartoonists, The LadyBroad Ledger and studio/workshop space Words And Pictures in Essex Junction. There’s the Vermont Comics Creators Group that meets often. The Vermont Folklife Center has some amazing cartooning projects going on, and together with UVM organizes an annual conference.

Whats the ETA on your next book?

Charlotte Brontë Before Jane Eyre and Persephone’s Garden will come out in fall 2019. The Bronze Age book (yet untitled) will be out in 2022 (It’s due in December.) After this, my plan is to return to the memoir I began at the MDA, (Alle Ego is an early first section), about working on excavations in Greece, Cyprus, and the Middle East. 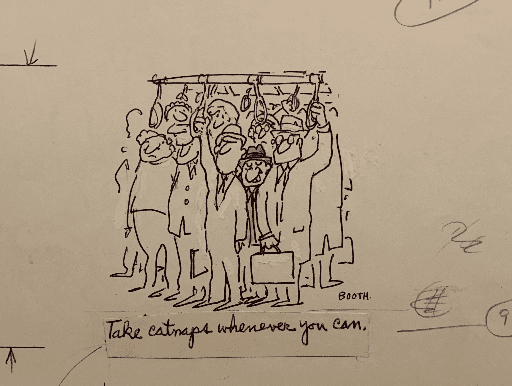 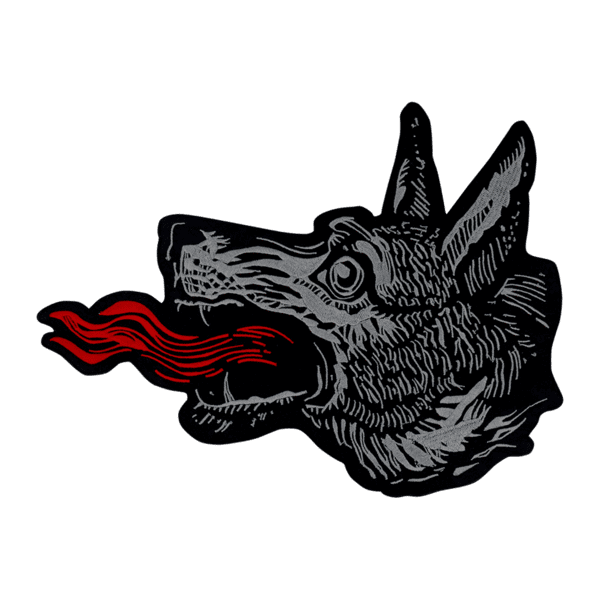 Meet You At The Tower