Today on the site, Robert Steibel makes debuts a new monthly column devoted to the story texts Jack Kirby wrote on the margins of his pencil art. It's predictably epic.

For the last three years I’ve been doing a daily weblog about Jack Kirby called Kirby Dynamics which was my version of the Daily Show meets Saturday Night Live focused on the life and work of Jack Kirby — I covered news stories and analyzed the history while also trying to have fun along the way. For a bunch of reasons I decided to pull the plug on that project, but as we move towards Jack’s 100th birthday I still wanted to keep my toe in the water, so my thanks to the editors of The Comics Journal for giving me a chance to do a monthly column I’m calling “Jack Kirby: Behind The Lines.” It’s a privilege to have the opportunity to honor Jack’s career here at The Comics Journal. As long as comics are being written and drawn I’m sure TCJ will be at the vanguard of comics scholarship and comics journalism.  I’ll try not to ruin their website.

The reason I picked the over-used cliché “behind the lines” for this series is probably going to be pretty obvious. Each month I’m going to take a look at Jack Kirby original pencils and examples of Kirby original art — images that reveal information not in the final newsprint publications. I may also take a look at some scans of Jack’s pencils from the 70s and compare those to the printed books. Mainly I want to focus on Jack’s famous margin notes from his 1960s work so we can get a glimpse into the Jack Kirby/Stan Lee collaboration.

I’m also calling the column “behind the lines” because Jack literally fought behind enemy lines during the second world war. Jack served in the 3rd army, 5th division under General Geroge S. Patton. Here is a photo of Jack at basic training in Camp Stewart, Georgia, July, 1944.

Speaking of Kirby, MTV Geek has a week devoted to his characters. 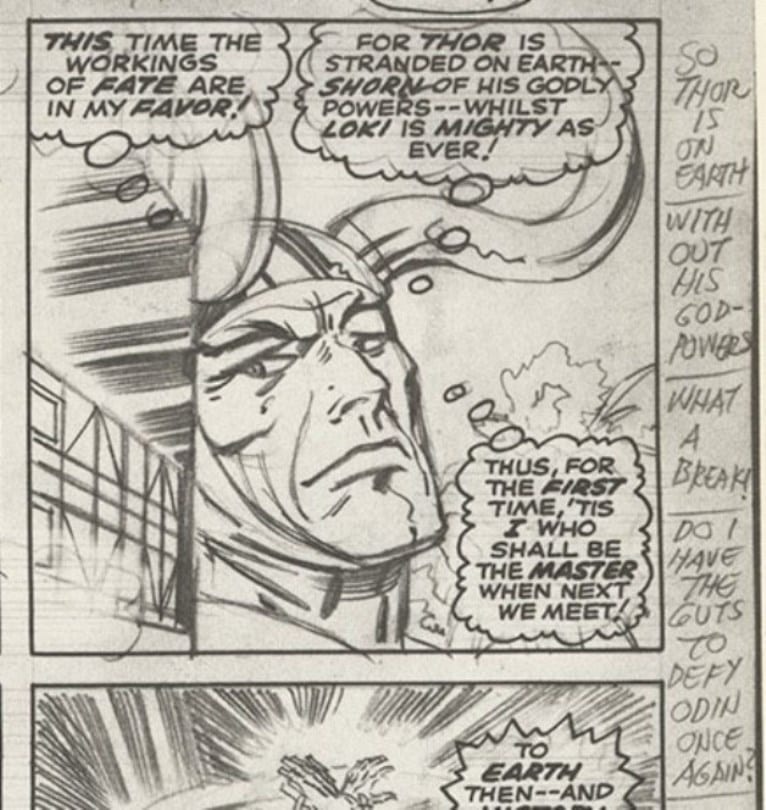 “Do I Have the Guts to Defy Odin Once Again?” 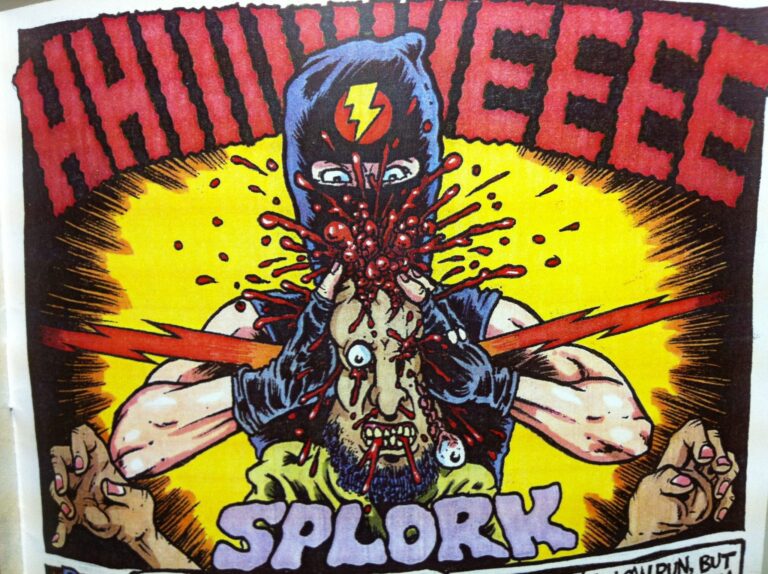