The blahs, friends — I've got the the blahs. I really want to get a hold of that Cinnamon Toast Crunch ice cream. I think that will turn things around.

• Art Spiegelman wrote a lennnnngggggthyyyy piece all about a Rube Goldberg exhibit and Paul Tumey's Screwball book for The New York Review of the Books.

• Polygon asked a whole slew of big name, mostly mainstream comics creators and editors to reflect on the last 20 years of the business, and they obliged.

• Some comic book shipping is being delayed as a result of the COVID-19 virus outbreak in China.

• Meant to link this last week and it slipped my brain: the Society of Illustrators has announced its 2020 Hall of Fame inductees (and an event to honor them), including comics luminaries Jeffrey Catherine Jones and Mœbius.

• This week in New York City comics doings: Kim Deitch and Noah Van Sciver speak at Columbia University on Thursday the 27th, while Noah goes it alone the next night at Desert Island in Brooklyn.

• On the other side of the States, IDW publisher Ted Adams and Dark Horse publisher Mike Richardson will talk with CBLDF's Charles Brownstein about the way Will Eisner handled his business when it came to putting out the comic books.

• Below, Tom Gauld does the honors for this weekend's The New York Times Magazine. In further Gauld news, he will be on a Canadian/American tour in the early part of May.

• The L.A. Times has announced the 2020 Book Prize Nominees, including these wonderful comic books.

• Solrad has dedicated this week to a Rusty Brown book club, with a new piece each day about Chris Ware's latest book.

• Garfield's Jim Davis will be a guest speaker at The National Cartoonists Society's 2020 Reubens weekend in Kansas City.

• Anders Nielsen drew Elizabeth Warren [and a dog (her dog?)] for The New York Review of Books.

• An art gallery in NYC is planning an exhibit of 70 years worth of European comic art history.

• Correlating with this exhibit, Forbes looks at the comic art collector boom.

• From Cartoonist Kayfabe: R. Crumb's first comics, published in 1958. If you're a new-to-the-scene cartoonist or illustrator struggling to find your singular style, this is very much worth a scan.

• At Bleeding Cool, James Hepplewhite lists the "Four Comics I'd Fund If I Lived On Mike Bloomberg's $2 Billion A Year."

• The queer comics-celebrating Prism Awards have put out a call for submissions.

• So, I guess in 1988 Jim Henson made a video featuring puppets showing kids how to be cartoonists? This is quite possibly an incorrect and incomplete summary on my part. Hey, it's Henson, whatever he wanted to do is perfectly fine by me. Via Mike Lynch.

• Kickstarter has unionized. (Fewest amount of words I ever typed for a link.)

• Bleeding Cool collected a bunch of Sean Phillips' awesome covers for The Criterion Collection. I had not seen most of these...what a perfect fit for Phillips' work.

• Here's one of several gorgeous, incredibly detailed drawings recently posted by Nina Bunjevac. Go to her Instagram for more.

• The latest installment of "Cover Girl" at WWAC is about a recent Daredevil comic featuring a serious bit o' romance between Elektra and DD.

• At TCJ, Nicholas Burman took a tour of the AGA LAB, a shared working space for artists in Amsterdam.

• Mark Waid has been named as the new publisher of Humanoids.

• Publishers Weekly's Calvin Reid wonders about the effect new publisher Bad Idea (third mention this week!) will have on comics.

• KC Green reimagined a memorable scene from Wind in the Willows.

• At Multiversity, Greg Matiasevich strolled down a memory lane near and dear to my idiotic heart, with a feature on Marvel's humor comics Not Brand Ecch and What The--?!  Don't you scoff — Kirby, Ditko, Byrne, McFarlane and Romita Sr. were all included in those pages.

• And finally this week, Matt Bors took on Bloomy. This is the type of thing that shakes the blues loose. Thanks, comics. 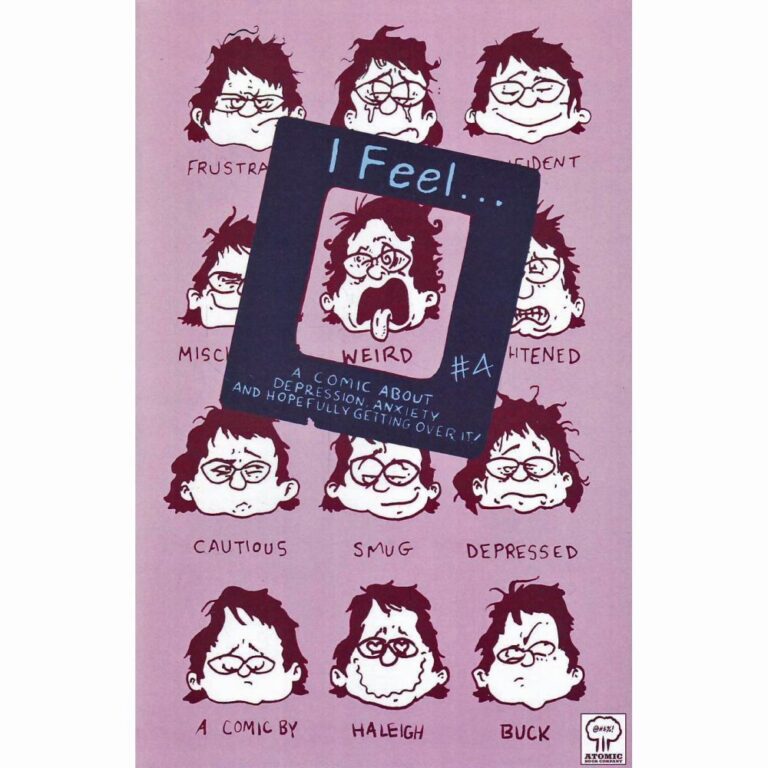 Best Of The Fests