Today, we have Bill Schelly's obituary for Nick Cardy, the artist perhaps best known for his work on Aquaman and Bat Lash. Here's a sample:

Probably Cardy’s most critically lauded work was for the Bat Lash series from DC, launched in Showcase #76 (August 1968) and Bat Lash #1 (November 1968). The unorthodox Western series was conceived by editorial director Carmine Infantino, editor Joe Orlando, former editor Sheldon Mayer, and cartoonist Sergio Aragonés. The protagonist of the tongue-in-cheek series was a self-professed pacifist, ladies’ man, and gambler, so Cardy adopted a looser visual style to better accommodate the pronounced humorous elements in the book. (Some have compared it to the James Garner episodes of the TV series Maverick.) The stories, dialogued after the first issue by Denny O’Neil, were engaging, and immeasurably enhanced by Cardy’s inventive story-telling techniques (experimenting with the way the pictures flowed from panel to panel) and expressive inking. Produced when Cardy was 48 years old, Bat Lash benefited by work by an artist with decades of experience, who was also able to bring a remarkably youthful spirit to the pages. It represented a creative peak, and cemented Cardy’s position as an important interpreter of the sequential art form.

We also have the most recent column from Rob Steibel (not long after the comments-thread war from his last column finally died). This time, he looks at documents uncovered by Sean Howe, the author of Marvel Comics: The Untold Story.

Throughout the entire letter notice Lee emphasizes the fact that they are all under crushing deadline pressure. I think that’s true and I’m sure it was hard work, but I bet making comics sure beat working in a coal mine. Joe Sinnott was actually a real coal miner at one point in his life.

—Kickstarter & Criticsm. Probably the first thing worth noting today is the Kickstarter fund-raising event announced by Fantagraphics in order to support its 2014 spring season. As of this writing, the effort has reached nearly half of its $150,000 goal. Gary Groth explained the decision in more detail to Kiel Phegley at Comic Book Resources.

Since this site is published by Fantagraphics, I don't know that any further comment is appropriate here (other than to say that some of those rewards are pretty amazing), but I have noticed a few commenters here and there online either amusedly or angrily referencing my co-editor Dan's famous blog rant from a year or so back regarding the Retrofit Kickstarter for Secret Prison 7. (Phegley asks Groth about it, too.) I have two things to say about that: 1) It's important to note that there's nothing monolithic about The Comics Journal. Gary is fairly hands-off regarding the day-to-day operations of TCJ.com, and except when we ask for his opinion or advice (or on special occasions such as our tributes to Kim Thompson earlier this year), Gary is rarely directly involved with the articles and reviews we publish on the site. He undoubtedly disagrees with and/or rolls his eyes at multiple things we publish every month. For that matter, I do too. In my mind, TCJ is ideally a place where questions about comics as an art form and a business are debated, not answered definitively. The point is that readers shouldn't assume that any particular point made on the site by one writer is something agreed to by other writers and editors here; it just as likely isn't. 2) People forget that there were multiple angles to Dan's anti-SP7 rant. Some of it was about using Kickstarter, but the more cogent part of his argument (as I wrote at the time) regarded their announcement's slapdash appeal to poorly explained and misunderstood manga history. When the book finally came out, it was clear that Dan had hit the right nerve, because the editors made an obvious effort to strengthen the historical foundations of their argument, which in turn strengthened the book as a whole. The uproar from Dan's post also seemed to lead directly to increased donations to Retrofit's fundraiser. So in the end, the outcome of the exchange was elevated publicity and funding and a more solid final editorial product. Criticism should always be so productive.

This is one reason why I am not too dismayed by the multiple articles and flame wars appearing online this week attacking this site and its writers over Sean T. Collins and Frank Santoro's discussion about comics criticism. (For those curious, two of the most noteworthy come from Ng Suat Tong here and Heidi MacDonald here.) It is important to recognize what we are doing wrong (and hear what readers perceive as us doing wrong) in order for us to improve, and to the extent that the critiques are legitimate they can only guide us in our our attempts to do so. (I do wish that more effort was taken by critics to accurately assign responsibility for arguments and decisions—just as Gary might not agree with any given argument made on TCJ.com, Dan and I have nothing to do with editing the print version of TCJ, and Frank and Sean have even less—but that's a minor issue.)

—Interviews. On Too Much Information, Benjamen Walker will get you psyched up for this weekend's CAB show in Brooklyn (the Gabe Fowler-run successor to BCGF), interviewing Fowler, Art Spiegelman, and Peter Bagge. Memoirist and star Twitter-er Rob Delaney explains his admiration for Phoebe Gloeckner. D&Q creative director Tom Devlin shares some of his favorite books. Frank Santoro talks to Chris Mautner at Robot 6. Tell Me Something I Don't Know features Farel Dalrymple as a guest.

—Reviews & Comment. Chip McGrath explains Joe Sacco's The Great War. The New York Times compares online comics reading services. Jared Gardner reviews Dash Shaw's New School. (People coming to New York for CAB might want to visit the show at Adam Baumgold which is featuring Dash Shaw among many other artists, by the way. Art Spiegelman also has an exhibit up at the Jewish Museum, which is previewed here at the Times. And Charles Burns is being shown at Desert Island.) The Guardian reviews Isabel Greenberg's Encyclopedia of Early Earth. Janean Patience revisits Matt Wagner's Grendel. Finally, this Huffington Post best comics of the year list is weeurd. 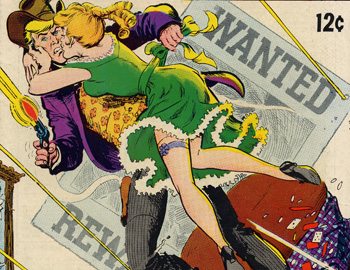 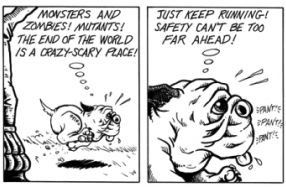