Today on the site, Frank Santoro comes to us with an interview with Manuele Fior, a cartoonist Frank only just told me about, but who looks very exciting.

How has the evolution of Italian comics affected your work? Because I think, if I am not mistaken, you really began to make it as a comics maker in France. And Italian comics have their own pace and their own crisis and their own moments when they have slow down so it’s not a business anymore so you have to look for alternatives. How do you think being part of comics both in Italy and France has influenced your work?

I think it influenced me 100%. I see myself belonging to a certain Italian tradition of comic makers. The maestro for me, the reason I chose to make comics is Lorenzo Mattotti, maybe he is not so well known here in South America but when I read Fires, a Lorenzo Mattotti graphic novel from 1986, I decided to push for this job. And of course Lorenzo Mattotti comes from some comic artists in between Italy and also South America, Argentina, like Alberto Breccia, José Muñoz, Hugo Pratt. You know, comics in Italy have a very schizophrenic story: they were very popular in the ’70s when Hugo Pratt made Corto Maltese, Guido Crepax made Valentina and in the end of the ’70s beginning of the ’80s there were two groups that revolutionized the comics world: Valvoline, the group of Mattotti, Igort, and Charles Burns, who was living in Italy at the time, and the other one was Ranxerox, with [Tanino] Liberatore, [Stefano] Tamburini, and Andrea Pazienza. When I read some comics of Andrea Pazienza and Mattotti it was clear that something changed forever. They opened a door I could never shut. It’s like the first time you see Moebius, you put some books in the box then you put some new books on the shelf, a new story opens its wings. That for me was Mattotti and Pazienza. So I am definitively sticking to it but of course I am living in France so I am very influenced by a lot of people, by the work of L’Association, the work of David B, we are sponges so we take a bit of everything so we make the best out of it.

Via Francoise Mouly, here's a gallery of Chris Ware New Yorker covers. I like these very much. And on that front, I wanted to make a special note that the great Lorenzo Matotti is making a rare NYC appearance on Saturday at McNally Jackson for his book Hansel and Gretel, which is spectacular looking.

Bill Kartalopolous has written a comics primer over at the Huff Po.

Everyone should check out this original art auction from the legendary Jay Lynch. The man should be paid for the description alone. 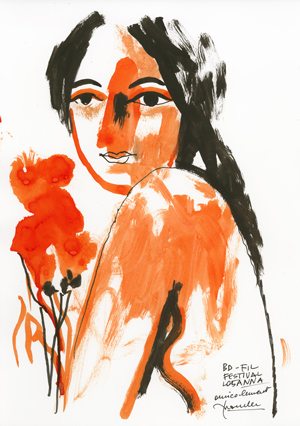 “Comics Language Has an Alphabet and You Should Use It”: An Interview with Manuele Fior 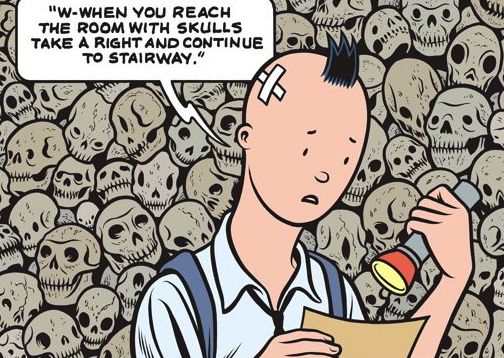 “I’m Not on This Planet Forever”: An Interview with Charles Burns