It’s the little trespasses that lead you to wonder if you ever even had a fence up to begin with. An inappropriate email. An uncomfortable stare on the festival floor. A hand up the back of your blouse after a reading. The trespasses are quick, to daze you before you can even register that your line has been crossed.

There’s a certain knot in my brain that leads me to wonder what frequency I give out to make these trespasses happen to me. The women I write in my comics are, I like to think, nuanced individuals, tough but sensual. You would be hard pressed to call them victims. I’ve always — perhaps foolishly — believed I present myself as strong, or maybe even shrewd. I’ve built up a series of protections for shows, signings, and everything in-between: don’t allow yourself to be left alone in a room with one man and no witnesses. Know your exits. Don’t accept gifts. Be generically friendly. Act like you’re about to turn into a pumpkin by midnight (things always get weirder after midnight). The thought that I may not get to enjoy as much of being a cartoonist, especially one coming into a little glimmer of success, just because I am a woman was something I had to let go of in order to stay safe and sane. In a way, I often reason with myself, it has made me tougher, understanding the world around me as a hostile one.

Two years ago, at an after-party on the first day of a comics festival, I was isolated and sexually harassed by one of the festival employees. I’m choosing not to divulge the actions and language of the harassment in the interest of self-protection, but know this: it was obviously — if not clumsily — calculated, it was ugly, and it came from someone I believed was in a position of authority over me as a guest of the festival.

I will never forget the next hours that passed alone in my hotel room. It was my first time being put up by a festival, and my queen-sized bed, which that morning had felt enormously comfortable, was a fucking prison. I tossed and turned all night. I knew what had happened was wrong wrong wrong, beyond wrong, but even so I kept replaying it in my head, trying to find where my malfunction had let me down again so I could correct it for the next round: Tights too sheer? Smile too wide? Strayed too far from the group? Where had I fucked it up again?

And why the fuck was I in comics to begin with? Weren’t these kinds of things just the going exchange rate, like everyone had seemed to joke when I first started out? I’d never been hassled working for museums. I’d been hassled less on the fucking 7 train. Sure, wage gap and all that, but everyone was dealing with that, it wasn’t just me, so maybe it would be okay to just stay in and keep—

This is where they want you. Isolated, spinning, off your game, and weak. Bargaining off your own austerity. I opened my laptop for the 40th time that night and re-watched Rose McGowan being interviewed for Broadly about sexism in Hollywood.

“I want people to shine a light for the next person that's coming in the dark, because I had nobody shining a light for me,” she said, steely eyed, glaring at me for the countless time through my foggy numbness.

Sleep-deprived and ropey, I did what I was supposed to do before I could talk myself out of it. That morning, I told. It was my first time ever reporting harassment beyond a frenzied phone call to a friend or spilling it out in a session with my sainted therapist. And for as ugly as the entire experience had been, a light did shine back at me: I was believed. The festival did everything they could and should have done to right the situation as per their harassment policy. I would file a complaint against my harasser, in which I would be asked over the course of several different essay questions what I may have done to provoke the situation.

The language of correcting sexual harassment implicitly asks the victim to blame themselves first.

I don’t know what I would have done had I not been taken seriously by the festival. In the time following, I did everything I could to push the experience down into the bog of my brain where I keep such things. Two years out, I still don’t know that I’ve processed it all. I keep myself on the move because I’m afraid of the bog snatching me down. I received an achievement award that day. I keep it hidden behind some VHS on my bookshelf for now.

Rose McGowan was recently named as one of the victims who settled against serial harasser Harvey Weinstein. Asia Argento came forward with a horrific story of his abuse as well. It’s been a surreal 48 hours, reading stories by some of my personal heroes about times they were isolated, spinning, and made weak by men in power over them. And in the fray, this essay sweat itself out of me.

It seems ludicrous to count yourself a lucky victim, but I do. I acknowledge that I’m in a place of privilege. It happened at a time when I was less vulnerable than I have been in the past. I am fortunate to have strong working relationships in comics; there are people that have my back, personally and professionally. I fear who we could lose in comics, pulled into the bog. But I fucking belong here. You fucking belong here. It is my hope that sharing this might be its own light shone back to someone else. 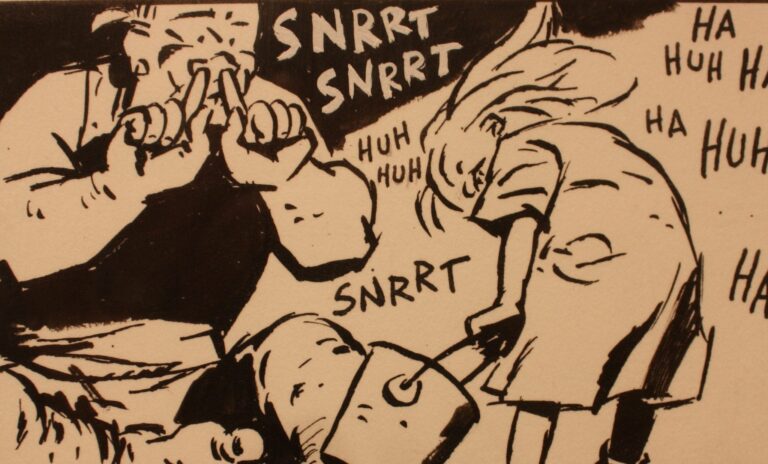 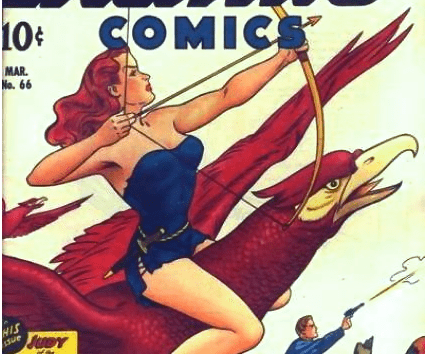