Today at TCJ, we've got a nice long conversation with Judith Brodie, the curator of the National Gallery's "Sense of Humor" show. Austin English took the helm for this one:

A show of works on paper, Sense of Humor, is currently on view at the National Gallery, and runs until January 6th. It's an exhibition anyone interested in cartooning should make note of. Work by George Herriman, Winsor McCay, Saul Steinberg, and others are on view, as are prints by Francisco de Goya, Leonardo da Vinci, and William Hogarth. Comic art is rarely on view in major institution. This exhibit becomes, in this way, an important opportunity to view works by the masters of the form in person, alongside major figures in caricature like Hogarth. Herriman on display with Hogarth provides a moment to confront the first gestations of cartooning alongside the mediums rich fulfillment.

okay. hi. wow, i'm actually shaky as i write this.

I am writing the serieshttps://t.co/hELxWLjwPC

The Chicago Tribune (rightly) got to feature Marvel's latest big hire: Eve Ewing, the notable Chicago poet and academic who most recently won an Alex Award for her Haymarket poetry collection, Electric Arches. Ewing will be writing a new ongoing series for Marvel, Ironheart, based around a character created by Brian Michael Bendis during his run on the Iron Man character. We blogged about an earlier campaign from November to make this very thing happen if you're interested in how it came to be.

If you had been anxiously waiting to find out what happened next to the guys from Meltdown Comics following their announcement of a vaguely defined "online venture" mentioned back when they closed their store in March, wait no more: it has something to do with a Home Shopping Network for generation Z, Lebron James' money, and Aaron Levent, who--as described in a now understandably timed piece--left his trade show empire behind days after Meltdown closed their doors. Like Meltdown's historic decision to accept Bitcoin (famously covered in a Publishers Weekly article called "The Future of Retail" a few months prior to them embracing the future of being closed), i'm sure this has the potential to be successful.

Over at Your Chicken Enemy, site editor Daniel Elkin has an early look at Tara Booth's Nocturne, an upcoming release from 2dcloud.

When it’s all said and done, Tara Booth’s new book, NOCTURNE, published by 2dCloud [sic], is, at its heart, a dirty joke told in long form for 64 wordless pages of painted images that almost garishly swirl with undulating blues and reds that highlight Booth’s knack for self-mockery and heartfelt exploration of both the mundane and the surreal. In its telling, though, Nocturne touches upon issues of consent, sexual politics, gender norms, insomnia, pharmacology, and communal living. Even with all this, though, Booth has created a book that ultimately ends on a note of acceptance, joy, and positivity.

Over at The New Yorker, Francoise Mouly had a brief conversation with Nora Krug about Krug's upcoming graphic novel on World War II.

Did anyone refuse to talk, or give you answers you felt were inaccurate? If so, how did you deal with that?

Nobody refused to talk to me, even people I encountered during my field research, people I had never met before in my life. Inaccuracy was a problem when it came to some of the wartime stories that had been told over the course of generations in my family. For instance, there is a rumor that my maternal grandfather’s mother had been Jewish, and that that same grandfather had hidden his former employer, who was Jewish, in a garden shed during the war. I tried as much as I could to get to the bottom of those claims, but don’t believe that they are true. I suspect that they were a by-product of the guilt my family felt after the war—stories that made living with the shame a little easier. 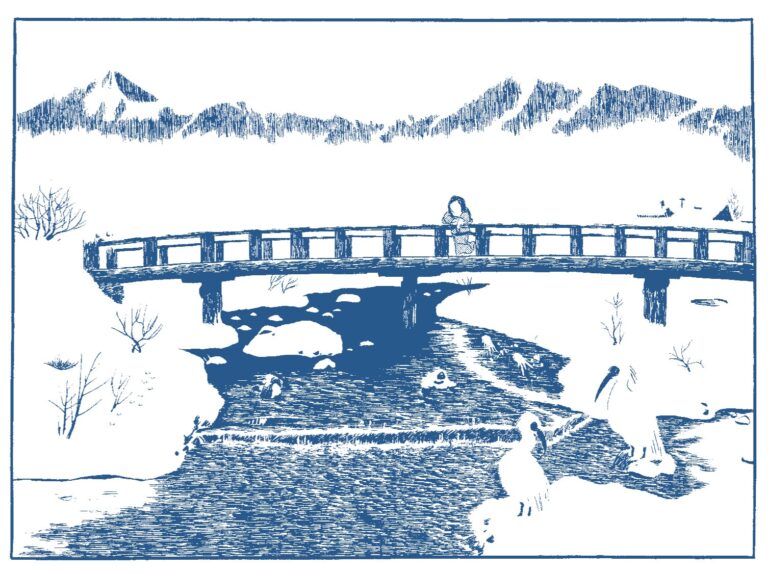