Today on the site, Eric Buckler interviews the cartoonist and educator Jessica Abel about her most recent book, Out on the Wire: The Storytelling Secrets of the New Masters of Radio.

The journey does not really start with podcasting. It starts with This American Life on the radio in Chicago in the mid- ‘90s. I started listening to it before I left Chicago, and then when I moved to Mexico, Matt [cartoonist Matt Madden, Jessica’s husband] and I would stream it on RealAudio on a laptop in Mexico City over like 56.6K baud, dial-up service. It was a nightmare. But we were totally into it, so we did that. Then, when Ira called me and asked me to do the book, it was like this totally insane thing. I was in Mexico City and who was on my phone? I mean, This American Life was a phenomenon at that point, it wasn’t like I was the only person listening to it. It was still niche, we’re talking like 1998 here, but still.

So I did the book and continued to have somewhat of a relationship with Ira, you know, not like seeing him often, but we cross paths. And then I came back to him to talk about doing this new book in 2011, I guess.

Meanwhile, as a cartoonist—I am sure you have experienced this talking to cartoonists at The Comics Journal—we are a core public-radio audience, because we spend insane hours in front of our drawing tables. I can’t listen to talk radio when I am writing, but when I’m not writing I need something to fill that part of my brain. When I’m drawing or sketching and trying to get something down, or especially if I’m inking or doing something that is… it’s not mechanical, but it’s not using the intellectual part of my brain. As soon as that happens? Oh my god, coloring? You need something interesting to listen to. And music, of course, fills the bill to a certain extent, but scratch a cartoonist and you find a radio fan. We listen to radio all the time.

I’ve had disputes with critics in the past who say Dear Amanda is about gender, and it isn’t at all. It’s a romance. I’m a queer person, so I do explore gender in my comics sometimes, because it’s something I think about. I also think about romance, which comes up in my work a lot, too. And when you’re gay your romances are gay ones. It just is everyday. Being queer is my reality. It’s the reality of my friends, it’s the every day life of millions of people. I make comics about people’s lives. It’s important to me that my work is true and reflective of the world.

The most recent guest on Inkstuds is Jane Mai.

It was the Tuesday before Thanksgiving. I received a slightly cryptic email from an artist about his new comic that I was publishing. It started simply enough, “Just got my copies. There is no text on the inside covers.” There weren’t really any more informative details. It was a December book and the email didn’t sound very urgent… I hoped it was a fluke, a bad batch. Even with a worst case scenario we still had plenty of time to fix it. I went back to my tea and morning news.

The next email arrived an hour later. It was a little more to the point. The subject was “they fucked up”.

Mark Evanier remembers his work on a misbegotten DC Comics adaptation of the 1978 version of The Wiz.

Words were exchanged…and not the most pleasant ones. Some months later, all of this would be worked out with different contracts and a lot of soothing apologies all around. In fact, DC Comics became a lot more mature and sane about how they dealt with talent. But for the moment, Sergio [Aragones] was no longer willing to work for them.

This was not a problem for me. I'd already signed the old contract to do The Wiz and was just about done with the script. Suddenly though, Joe Orlando had no one to draw what I was about to hand in. He called and asked me who I'd like. I said, "How about Sergio signing the contract someone could have given him four weeks ago?" He said that was no longer possible and asked me to think about artists and we'd talk the next day. Okay…

I called Sergio and suggested I would withdraw from the magazine in solidarity. He said don't be silly…"They didn't ask you to sign a contract you wouldn't sign." Besides, he said, the perfect artist for the job — righter for it than him, he said — was our friend, Dan Spiegle. "Ever since they asked me to do it, I keep thinking he would be so much better at it than I would."

Rachel Cooke at The Guardian selects her best comics of 2015. 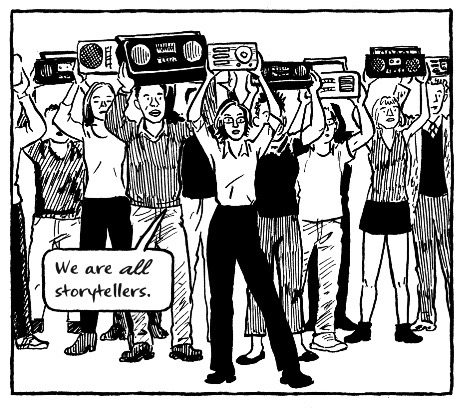 “I Used the Concepts in the Book on the Book”: A Jessica Abel Interview 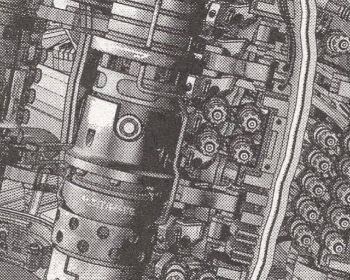