This week's scene report is brought to you by my old friend Gabby Gamboa. I remember meeting Gabby in 1992 when I walked into Comic Relief on Haight Street in San Francisco to sell my zines. She was the mini-comics buyer. I lied and said that I didn't make them. I was too shy. She became a good friend and I'm happy that she agreed to do a scene report for that cow town known as SF. Please enjoy.

Also, I will be posting a full Brooklyn Comics and Graphics Festival report soon. Thanks to Dan, Gabe, Bill and everyone who helped put on the show. It was the best con ever on the fun meter for me. XO.

It seems like a million things have happened recently, there is so much to report. Fall started with SF Zine Fest, which was once again held at the County Fair Building in Golden Gate Park. It was an inspiring, energetic show that reminded me a lot of APE when APE first started. APE itself was a bit too large and unfocused for my taste this year. There seemed to be a larger emphasis on selling crafts and prints, much less on books and comics. Most people I spoke to said that sales were way down (curse this economy!) and everyone seemed to have a different opinion on what was wrong with the show and how to fix it. It will be interesting to see what direction the show will take in the future, especially now that Wondercon has moved to Anaheim.

As a former Comic Relief employee, I was saddened when the Berkeley store shut down recently amid chaos, but from the ashes grew two new very good comic shops that are worth a visit: Fantastic Comics on Shattuck Avenue, and The Escapist on Claremont Ave. Here in San Francisco, the institution that is Al Kizziah just closed his Al’s Comics store after 22 years, and will be selling comics online and at trade shows. After a long absence, Marc Arsenault has restarted Wow Cool, his comics, zines, and music mail order empire, proving that it is indeed the 90’s all over again. You should buy some great comics at wowcool.com.

Isotope (The Comic Book Lounge) continues to be a friend to creators and the indie-comics crowd. They recently presented their Isotope Award for excellence in minicomics to Katie Longua for her comic “Rok.” Seeing her around APE in a viking helmet made me nostalgic for some of the cool comics dames who have since moved away. Isotope also hosted a Halloween-themed book party with local cartoonists Lark Pien, Thien Pham, and First Second Books’ Mark Siegel.

Isotope is currently hosting a series of comics creation classes taught by Ed Luce, creator of the seriously awesome Wuvable Oaf. Matt Wobensmith and Ed Luce run Gotblud Vintage Zine Store, which sells and buys vintage zines and minicomics, stocks all of your Wuvable Oaf needs, and hosts events with visiting artists like Tom Neely and Dave King (designer of the Crass logo). Needles and Pens continues to be another good place to get hard-to-find minicomics, much like the Rock Paper Scissors Collective in Oakland.

Mission Comics and Art on 20th Street just celebrated its 2nd anniversary. It is a brilliant store with the best of everything. Like Isotope, Mission Comics takes comics seriously, so if you want action figures or trading cards, look elsewhere. Owner Leef Smith is very knowledgeable and he is a great supporter of the local comics community. He turns his store into an all-night studio for 24 Hour-Comics Day, he hosts a graphic novel book club and a lending library. In October the Mission Comics Gallery exhibited the Francois Vigneault-curated show Tales, which featured quirky fantasy art by cartoonists such as Dylan Horrocks, Jesse Reklaw, Ben Catmull, Andrice Arp, Kane Lynch, and many others. The December show will be original art from Mari Naomi’s Kiss and Tell graphic novel.

Another great thing about Mission Comics is that they host a monthly creator meet-up. There are several other on-going creator meet-ups happening in the Bay Area, including a Berkeley Jupiter Comix Jam that has been happening for at least a decade. And I suppose that OWS is a meet-up of sorts. Cartoon journalist Susie Cagle was arrested along with a lot of other journalists and legal observers for standing off to the side during the riot that followed the shut down of the Port of Oakland. I have been enjoying her sketches from the scene.

The Cartoon Art Museum had a great retrospective of local legend Lloyd Dangle’s now defunct Troubletown strip. One of the worst side effects of the demise of the newspaper is the end of great strips like this. They have an exhibit up now that I’ve been meaning to check out celebrating 100 years of The Wizard of OZ comics and newspaper strips. Opening December 17 is "Black and White and Read All Over: Comics of the New Millennium" featuring post-2000 comic strips, including Richard Thompson, Stephan Pastis, Keith Knight, Mark Tatulli and others. And ordering goodies from the online museum store is a great way to support them.

Rina Ayuyang and Thien Pham are putting out the monthly Comix Claptrap podcast. Imagine The View, but about comics. Or Fresh Air, but about comics. Thien’s Elizabeth Hasselbeck is a great counter-point to Rina’s Terry Gross. Okay, it’s not like either of those things, but you should give it a listen if you haven’t already.

Lit Quake is a weeklong San Francisco literary festival during which a dizzying variety of authors read from their works at venues all over the heavily mustachioed Mission District. I attended When Pictures Speak Louder Than Words at ZSpace. The highlights were a reading /mock-bickering session from Game Over by Gene Yang and Thien Pham (man that guy is everywhere!), Jon Macy reading his classy, yet sexy Teleny and Camille, Christine Shields reading from her beautiful limited-edition children’s book, and MariNaomi reading a creepy comic about bedbugs that can be found on the delightful therumpus.net. I was sad to have missed the LitCrawl event the next night at Mission Comics where Kane Lynch, Justin Hall, Rick Worley, and MariNaomi, but I heard it was smashing.

In mainstream news, local publisher Image comics is still making up for torturing us in the 1990’s by putting out great stuff like the Walking Dead and the upcoming Danger Club. Besides stealing some of the best former Comics Relief employees (shout out to Todd Martinez and Biggles @Biggletron), they are also planning to celebrate themselves at the recently announced Image Expo at the Oakland Convention Center on February 24-26. They are welcoming exhibitors and artists, so a Wondercon replacement this may become.

We suffered a tragic loss this Fall of cartoonist and Sparkplug publisher Dylan Williams. Though he had lived in Portland since the late 1990’s, he grew up in Berkeley and had a great impact on the Bay Area comics scene. He had been an employee of both Stand Up Comics and Comic Relief. He was an artist and founding member of the Puppy Toss collective, of which I was also a member. He was the main drive behind the unwieldy Puppy Toss minicomics publishing and distribution catalog, which he would finally get right all on his own with Sparkplug. He left behind many friends here, and we memorialized him with a gathering generously held at cartoonist Scott Hsu-Storaker’s house, and then again at a very teary-eyed panel at APE. He will be profoundly missed.

As I write this I am getting ready for the East Bay Alternative Press Book Fair at Berkeley City College on December 10. Cartoonists such as Jaime Crespo (winner of Season 2’s America’s Favorite Vato! ), Kane Lynch, Sophie Yanow, MariNaomi, and many others will be there. I will be sharing a table with Primahood creator Tyler Cohen, and I will be selling my new Miss Lonelyhearts minicomic, and original art. By the time you read this, this event will already have occurred. I hope to have seen you there. If you had a time machine, you could go back and visit me on this night as I write to share in my eager anticipation of my future/your past event. Then we could both travel to the future and enjoy the release of my upcoming work concerning a group of young people who abuse their time machine to visit insignificant historical events. But then I would have to travel back again to this night to stop myself from writing this passage so no one can steal my awesome idea for my time travel comic before I get a chance to write it myself. 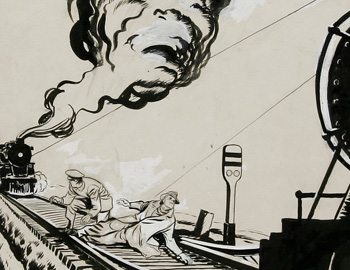 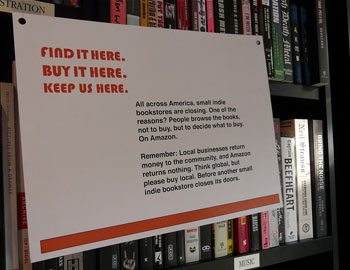