Did you always feel a sense of pride in being a cartoonist?

I always shared Will Eisner’s belief that comics could be something more. I felt this very strongly, from my first years in the business. As far as I am concerned, the only people who tried to put down comics were staffers at DC and Marvel, who would refer to what I did with Richie Rich and Casper as “bigfoot” drawing. That would piss me off. I somehow thought that what we were doing was cartooning.

I only met Will Eisner a couple of times, but as far back as I can remember I thought that comics could be a lot more than simply superhero comics. When I was growing up there were all kinds of comics, from Westerns and romances to kids’ comics. I resented the fact that superheroes became the major genre in comics, and I probably made a mistake when I let people know how I felt at DC and Marvel.

Our latest Cartoonist Diary of the week launched yesterday, and continues all through the week. Alison Wilgus, who recently made her solo debut with Chronin, is sharing her experience at Wiscon, a feminist science fiction & fantasy convention that took place in Madison Wisconsin earlier this year. Today, she describes her experience at a "vidding" showcase.

Has Daniel Best been posting excerpts from his Todd McFarlane book for a while? I hadn't seen 'em before. One fun thing to do is watch those videos advertising Neil Gaiman's writing Master Class, where he describes stories as being the imagination's kiss, who arrives promptly in a dream carriage every morn if you have a smiling heart, and then read an actual letter he and a lawyer have put together.

Over at Comicosity, Jude DeLuca has a long, hard take on that Heroes In Crisis comic--which appears to be even more offensive than previous reports had made it seem--that concludes with multiple examples of times when super-hero comics have engaged with more complicated issues of trauma with in more delicate, compassionate fashion. It's interesting to note that none of these examples that Jude pulls are from recent super-hero comics. 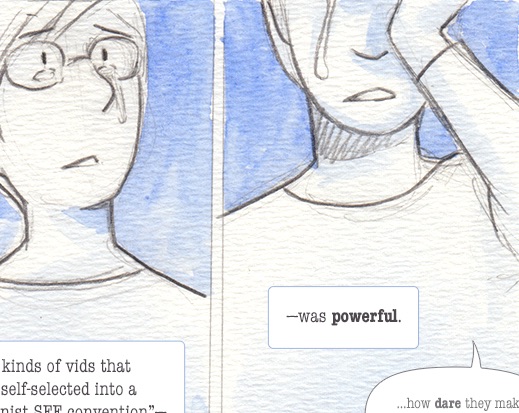 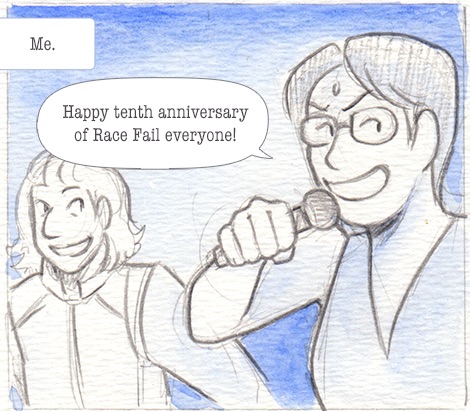