Today on the site it's R. Fiore on Mike Dawson and two "great men"-type books about comics.

To all appearances we have entered into an environment in which its never been easier to disseminate your work and its never been more difficult to make a buck from it. It’s easy to see the disappearance of means by which cartoonists used to make their living and it’s difficult to see what’s going to replace them. I couldn’t say that things are going to come out all right in the end, I just don’t see how. I can’t really see casting your bread upon the waters as a business plan. And its not just a matter of digital media and that sort of thing either. For example, for 20 years or so a cartoonist used to be able to publish his work in a magazine, being paid as he did it, and then publish it as a book and get paid for it again. Somewhere along the line, however, people began to realize that everything was going to come out as a book, so they decided to start waiting for the book.

Due to vacation confusion, both Tim and I forgot to blog. So please do check out Joe McCulloch's week in comics, complete with a Tezuka mini-essay.

Longtime comic book artist Stan Goldberg has passed away. He was notable for his coloring work for Marvel in the 1960s and a long run for Archie. Sean Howe has a nice tribute, and Mark Evanier does, too.

The Cartoonists of Color Database has launched.

This is a solid piece about the history and mechanics of Francoise Mouly's Toon Books. Sounds like a lot of rules and regulations to follow to make those things work.

Here's a report on the new London comics festival, Safari, hosted by my candidate for most-promising young publishing house, Breakdown Press. What makes an exciting young comic book publisher? Well, pull up a chair and listen to this bitter old failure preach it: Precise and adventurous taste; a sense of serving an actual community (not fake mascot- or brand- driven community); the discovery and nurturing of young avant garde talent; a strong editorial vision; a crystalized production/design aesthetic; an ambition to advance the art form. Besides Leon Sadler's Famicon, I can't think of another publisher that's done this lately. Pretty much everyone else right now is struggling for an identity or aping someone else's, which may be related to the profusion of festivals and avalanche of self-publishing concerns. There's so much stuff being made, so few venues, and so few rewards that people are literally taking to the road to just get the shit out. Another beacon of hope for me is Happiness, Leah Wishnia's enthusiastic anthology of comics and underground culture. I like the spirit of it, the focus on unique creative voices, and the ambitiousness of her editorial and graphic scope. I also really appreciate the low price point and sense of a localized community. Hey humans who read this, I sure would like some writing about all this on TCJ.com. Send me your ideas! Boy, listening to this Grateful Dead channel on Sirius really got me going. Howard Stern is in repeats, so I'm on my other medicine. Phew. Ok, back to your daily links...

Robert Boyd writes about books-on-comics, including some of the same territory as Fiore's piece, above.

And finally, here's Douglas Wolk on the collected Grant Morrison Doom Patrol. Wait, I feel a rant coming on... I link to this review as I sit on a train to Providence and kind of imagine that in 20 years these reviews will be like reading rave reviews of Soundgarden records in the 1990s. I mean, those records are FINE but it's still totally dull, pretentious music sung by a shirtless urban hippie. Grant Morrison's comics are fine (and the rantings of a shirtless guy who never formed an identity independent from referentiality, but I guess that's the point?), but I guess I just look on and think how profoundly fucking silly it is to take any of this seriously as art, criticism, or anything at all. Not that I don't take cracked-out superhero comics seriously. Like I've said, I take DK2 very seriously. 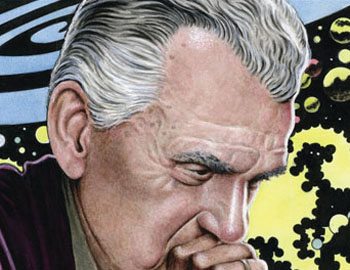 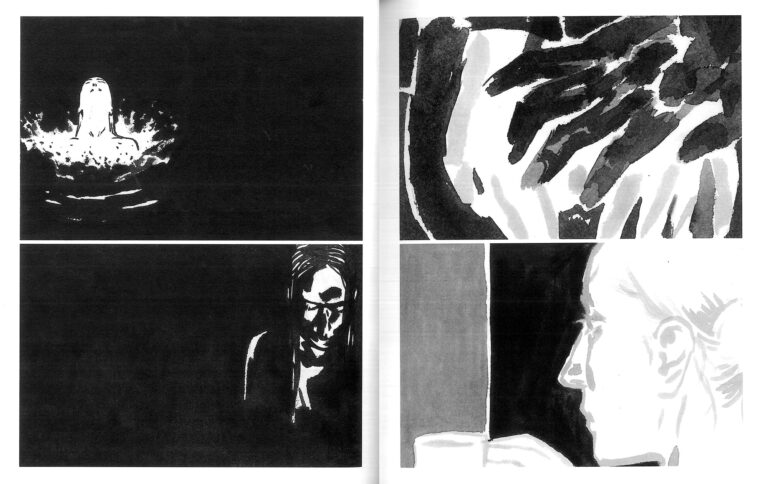 The Cage Stands As Before: The Comics of Yvan Alagbé