Richard Sala was my closest friend for almost 30 years. We first came into contact when he wrote me a very kind and uplifting letter about my comics back in the dark days of 1987. I had been a huge fan of his work in RAW and elsewhere. I was blown away that such an accomplished artist would write to me and we quickly became devoted pen pals. He would send me packages with Xeroxes of out-of-print Kenneth Fearing stories and blow-ups of Topps Civil War cards all copied on the sly at his library job. I would usually respond by telling him about some writer or comic artist or movie he already knew all about. (Richard knew more about movies than anyone I've ever met. I know several film scholars who would regularly enlist his help in trying to figure out the name of an obscure film based on the scantest of information. It never took more than a few minutes to hear back from him). We finally met in person in 1992 (the same red-letter day I met my wife), at a signing at Comic Relief (RIP) in Berkeley. When I moved to the area later that year, he quickly became my best and, for a while, only friend. In those days, he was somewhat carefree and outgoing, having quit his library job to work as a very successful magazine illustrator. We'd meet for a weekly lunch/trip to the comic store, and talked on the phone almost every day. He took me to all the great old Bay Area used bookstores, where we would try to outdo each other looking for the best finds. Later we met Adrian Tomine, who joined in as part of our Berkeley comics trio. He fit right in, though it must have been grueling for him to listen to Richard and I talk at length about Burt Mustin or Percy Helton during lunch. Those were some of the happiest times of my life.

Richard was a very complicated guy, totally unlike anyone I've ever met. He could be gregarious and charming, always energetic and animated in conversation, but also crippled by terrible anxiety and profoundly agoraphobic. Over the years, it got harder and harder to get him out of the house. I basically forced him to meet me for lunch every Friday, and we did that right up until the COVID quarantine, but toward the end, that was the extent of his social life (except for the vast hours he spent online — a true lifeline). He would always show up five minutes late, furious about traffic, wearing a thick, black work shirt and his famous bucket hat, which curiously covered a full head of thick hair. He would close his eyes tight while ordering, as though trying to solve a complicated math equation, and then chop his ham and eggs into weird goulash, which he never finished.

He was utterly opposed to exercise — he would literally drive two blocks to the post office, circling patiently for a spot — but also vital and energetic, especially in his work. I've never been able to grasp how quickly he could crank out so many perfect, beautiful, hand-watercolored pages every week; it was like breathing to him. He was reassuringly predictable in a way, but always surprising in his (often intensely withering) opinions, and occasionally he'd reveal a secret skill that would make you rethink everything you knew about him. I once saw him dazzle a crowd of jaded partygoers by nonchalantly shooting a fly out of mid-air with a rubber band. But he felt cursed by his anxiety. In all the years I knew him, he never once left the state of California. He spent his early childhood in Chicago before moving to Arizona, and briefly to Louisville, but that was the extent of his travels. He never visited New York, or left the country, though part of him wanted to very badly. The more I learned about his struggles growing up, the more I was amazed by the extent of his accomplishments. I always had to remind him that no matter what, he had supported himself as a beloved artist for most of his adult life, and that would cheer him up for a few seconds. He was absolutely convinced that nobody really liked his work, that all the kind words were some massive conspiracy, but he also hoped that one day, some lone weird kid would find one of his books in a used bookstore and find the same kind of connection with his work that he'd had with his own bookstore heroes. I always loved reading his new books and then talking about them with him. Every character and idea had an interesting origin (the name Peculia, for example, came from a childhood misreading of pelicula in a Spanish film magazine) or a connection to some tangible event in his life. It was all so much deeper and more loaded emotionally than the surface implied. I loved him so much, loved hearing his thoughts on every subject, and his utterly unique Richard Sala-ness ("Sala-esque" is an oft-used adjective in the Clowes house), and feel so deeply grateful that I got to know such a private man. I'll be having conversations with him in my head for as long as I live. 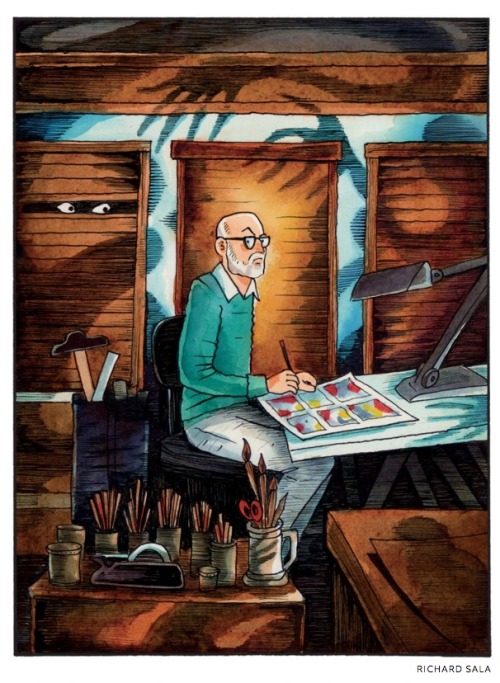 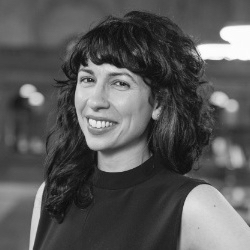 “We Know That’s Not True”: An Interview With Amie Wright 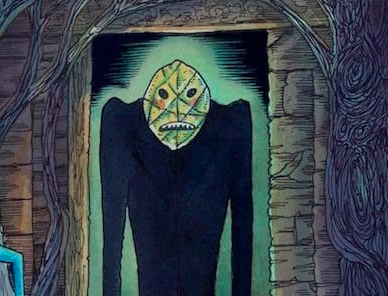