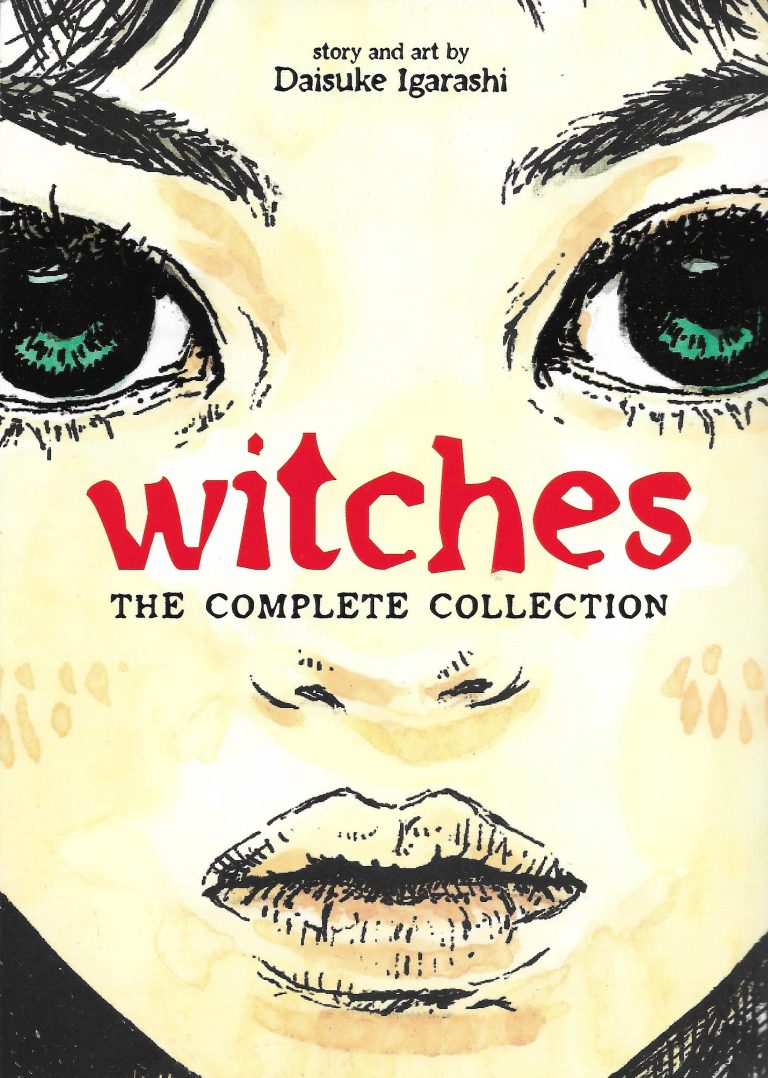 Serialized in Shōgakukan’s now defunct Monthly IKKI magazine–an alternative comics-style anthology that ran Taiyō Matsumoto’s No. 5 in the early 2000s–Daisuke Igarashi’s Witches is a loosely connected, thematically complimentary collection of stories in which (very broadly) an ancient, unseen ruleset ruinously exerts itself, reaching out and touching modern sociopolitical systems or outlooks that cannot then account for this sudden and unexpected upset. This Seven Seas collection compiles works originally published between 2003 and 2005, predating Igarashi’s better-known and Studio 4℃ movie-adapted Children of the Sea.

Igarashi’s stories position their subjects as natural outsiders, women spurned by the patriarchal structures that often feature heavily in fairytale accounts of femininity. These Witches react in markedly different ways: some sink their lives into a pursuit of vengeance while others are happy in their corner of the world, slowly amassing knowledge and techniques that can then be used for the benefit of humanity as a whole. In the collection’s opening story, "SPINDLE", the English witch Nicola works to level a bazaar, at least in part because that’s where a man she had romantic designs on not only rejected her proposal of marriage, but then prevented her from committing to a suicidal gesture, one deployed as a means of reasserting control when her advances had been decisively spurned. In a later tale entitled "Petra Genitalax", the witch Mira and her apprentice Alicia are ostracized from society at all levels - the children from the nearby village throw stones at them while the shuffling Vatican drones they meet later in the story make sure to note (repeatedly) a similar level of outspoken, even visceral disgust for these women.

Igarashi plots using contrasts and comparisons; characters are introduced in specific habitats that inform and comment upon their trajectory within the story. "SPINDLE" in particular revolves around two sorceresses that are diametrically opposed in both intent and environment. The older, vengeful Nicola occupies rooms piled high with books, her fingers lightly strumming against textless pages. Her own words are choked with the rhetoric of Empire and control. She claims that no true civilization existed anywhere before western Europeans raped and burnt it into the rest of the globe. Nicola is an enchantress very much in the Evil Queen mold; she is conceited, believing that she can access unfathomable powers at will (and at no cost), controlling them for her own ends. She declares outright that she knows the secrets of the world. On one page, she offers her hand up to the reader for inspection; although a city landscape drifts lightly in the sunbaked background, Nicola’s palm possesses nothing. Igarashi underlines the point in an accompanying panel: a smug, satisfied face backed by a luminous white void. 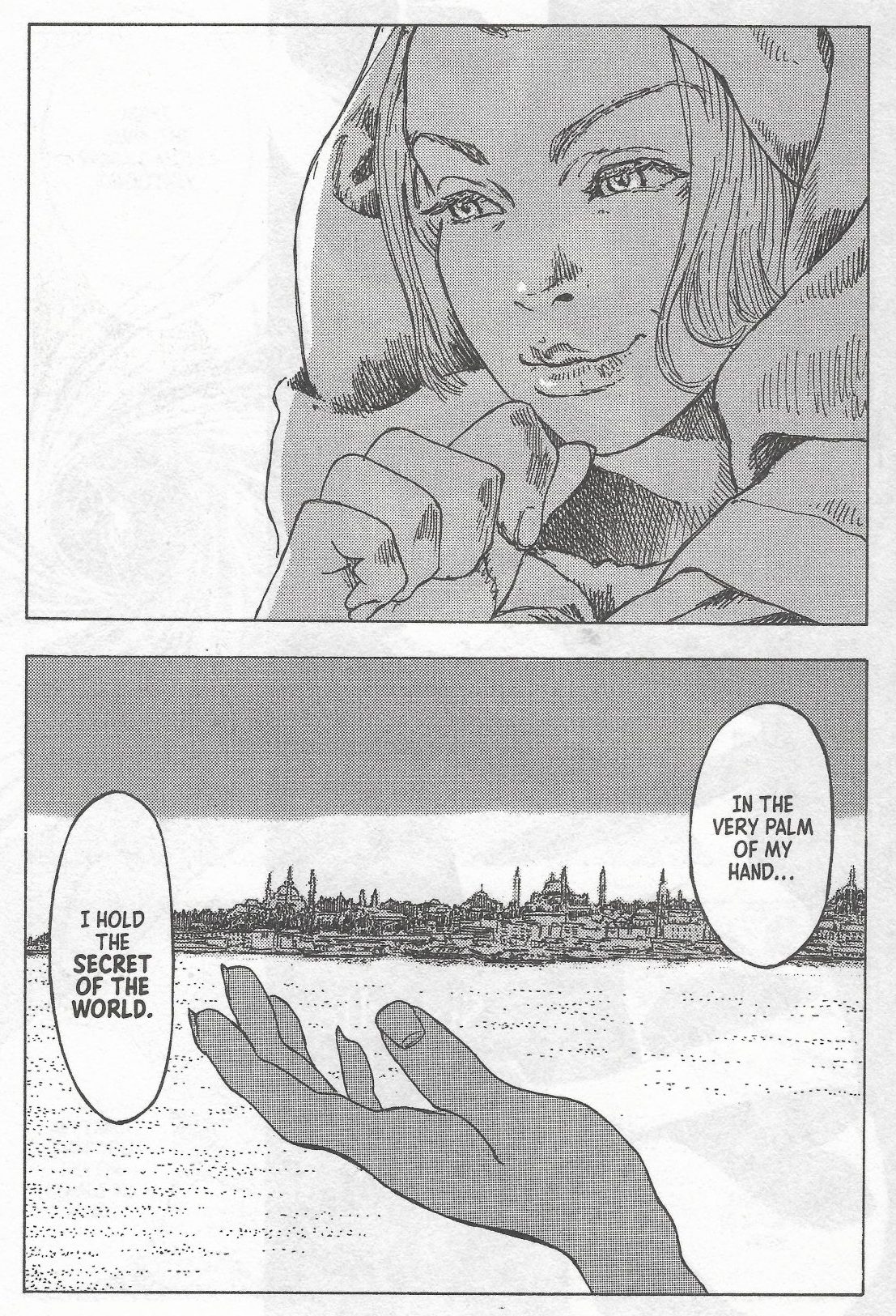 Her opposite, Shiral, a young witch from a nomadic tribe, makes no such claims about her position within or dominance over this world. Shiral is introduced while being taught how to weave by her mother. The directions she receives are soft; concerned with imparting a basic fluency that will then inform whatever the child chooses to weave after this point. This witch’s gift is an ability to interpret; to receive instruction from spectral figures, known only to the women of this tribe, then channel that message into a revelation told in wool. When asked about the apocalyptic tableau she later weaves, Shiral says that her hands moved of their own accord.

In contrast to the opulent clutter of Nicola’s grotto, this witch resides in shadow on vast, unyielding plains. Her journey to the city Nicola occupies is told first with cinemascope panels that track Shiral as she disappears into the heat haze that has settled on this valley. Once she reaches the rusting truck that will transport her across the desert, Igarashi fills a page with three long thin columns: consecutive panels that depict a time lapse with the chundering constant of a clapped-out pickup engine knitting the illustrations together. Unlike her opponent, Shiral doesn’t begin her task gloating about the depths of her knowledge or the dusty imperialism she seeks to evoke. She’s silent and full of resolve, staring back at her home while riding the undulating suspension of the ancient vehicle. Above her an evening develops into night - one twinkling star joined by a school of glittering celestial bodies. They hang over Shiral like a pulsing, radioactive halo. "SPINDLE" has barely begun, but Igarashi has told us everything about these characters - who they are and where they are going.

Throughout Witches, Igarashi’s artwork is a rash of picks and scratches; volumetric three-dimensional detail expressed through dozens of hatches that intersect and overlap. His buildings and infrastructure throb even before a contemporary Cambrian explosion transforms them into panting chimera, bristling with eyes. Distinct from the maximalism of his vistas, Igarashi’s figures are often simple and sketchy, expressive lines animated with the same gutter gag Mad magazine liveliness as an aside in Shirow Masamune’s Appleseed. No matter the concentration of markings that make up their physical bodies, the fingers of these Witches are always moving; picking and prodding to find purchase in an elliptical cosmology beyond the ken of the closed-off menfolk. 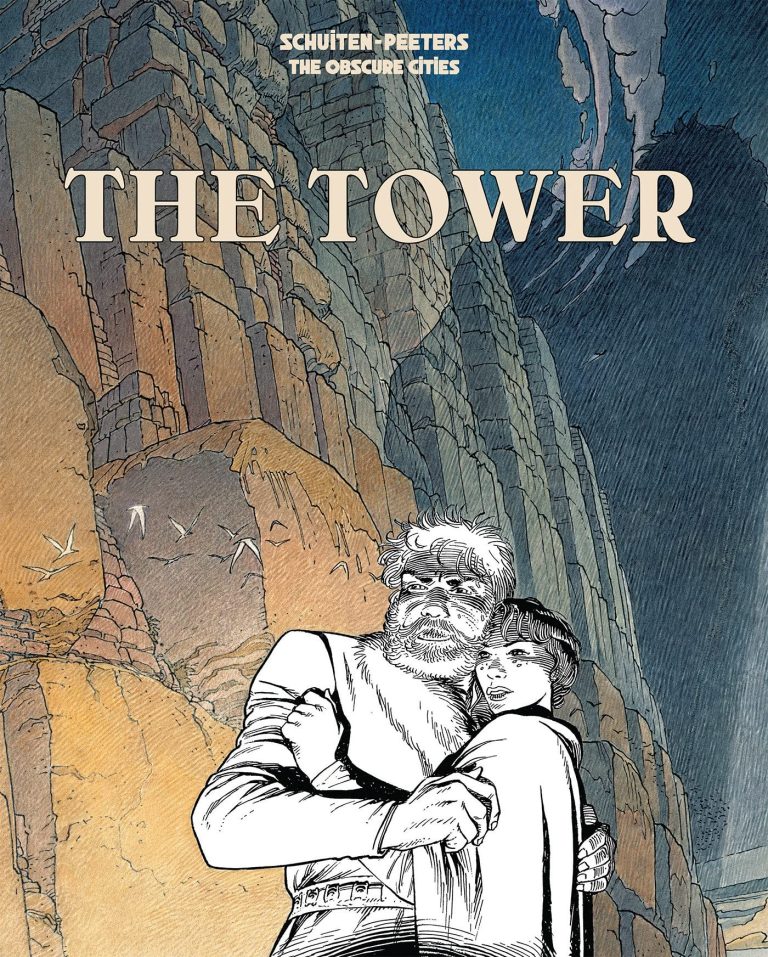 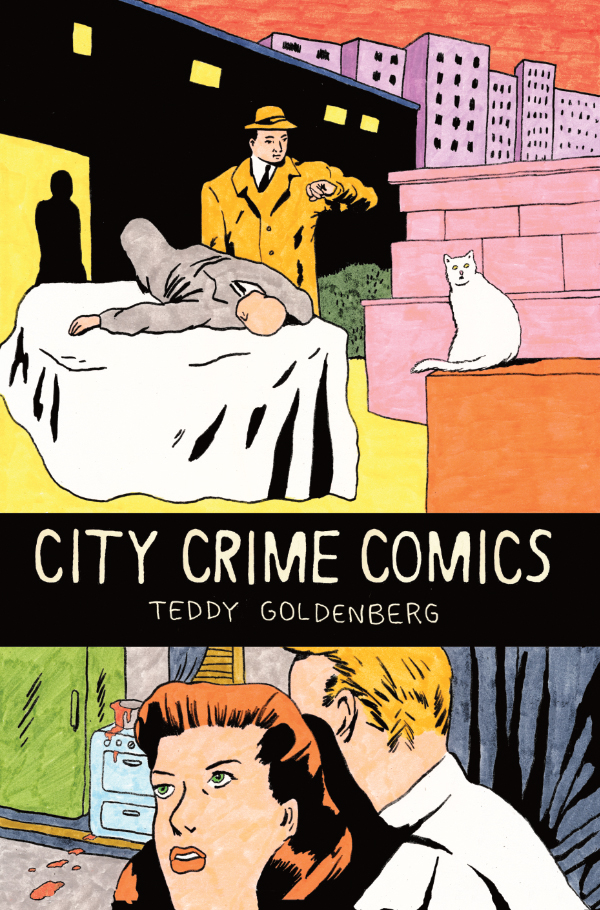