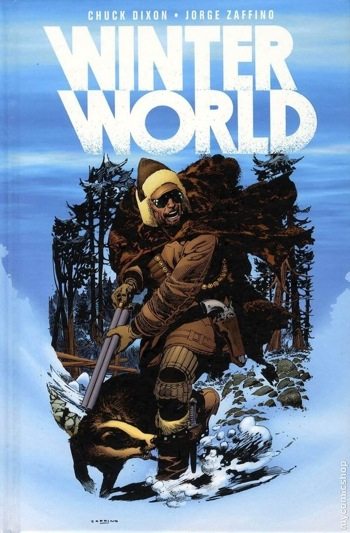 Post apocalyptic survival with a grumpy loner out in front, Winterworld isn’t about to sneak onto anyone’s list of avant-garde innovations. If you’ve ever read a comic that’s set in those heady days after human civilization falls--when the gangs run amuck, and the strong devour the meek’s rewards--or even if you’ve just sat through the first thirty minutes of Escape From New York, the only new thing you’re going to find lurking behind this book’s beautiful electric blue cover is the specific way it plays that old standard. It’s the little differences, like seeing Winterworld’s hero Scully being accompanied by a badger (instead of a Mad Max sheepdog, or one of Clint Eastwood’s tobacco-stained strays), or the outfits ... wait, doesn't somebody wear a baseball uniform in The Warriors? I guess that one can't count. The thing about the badger though. That’s totally new.

Look, if you’re going to get hung up on whether or not this is a genre comic unlike any other you’ve read before, you're best calling this one a wash. When you're out here in predictable plot remix land, the best that’s hoped for is that you end up with a version that’s A) good looking and B) doesn’t think you’re an idiot. And sure, this is a Chuck Dixon comic, and while Chuck Dixon probably doesn’t like you if you’re gay, poor, or into performing abortions, Chuck Dixon is able to write comics that are (for the most part) not insulting on an intellectual level from time to time, and hey, this is one of those times. Winterworld--and we’re speaking of what’s contained within this recent IDW collection, which is actually two stories, 1988’s Winterworld and the until-now unpublished sequel, Wintersea--is an effectively written piece of post-apocalyptic action adventure. This comic may not have a surprising answer for the “Will the hero save the girl?” question, but it delivers its cliches with a solid dose of panache.

But let's be honest: coloring inside the lines of the post-apocalyptic genre isn’t a field anybody needs help finding average-to-great examples of; you could fake an epileptic seizure in a decently stocked Barnes & Noble and end up with a decent chunk of the stuff just by picking up whatever your flailing hands knocked to the floor. The thing that Winterworld has to offer--and the reason it’s been rescued from its out-of-print status and reprinted in quality hard- and softcover collections--is its artist, Jorge Zaffino. Zaffino's work on Winterworld is like some kind of escapee from a lab experiment trying to splice the DNA of Nick Cardy’s Western comics into the rough-hewn mastery of the use of black that seems to come with Argentinian birth certificates, and it heartily lives up to every expectation one brings to bear. These are great looking comic books--witness the sunken eye sockets and unkempt facial hair of the savage bad guys straining to escape the sour faces that hold them back, gape at the way the teeth and fur of our hero's trusty badger drip with life even as it rends throat and flesh--and Dixon’s script hums along quickly enough, giving Zaffino plenty of room within which to blister in violence the snow covered forests and empty stadiums that initially serve as setting. When the comic gives way to the new material contained in Wintersea--think of Shackleton, but instead of returning, his hardiest stayed behind--Zaffino’s art gets even more Cardy-esque. One of the many questions that would be worth asking the man (Zaffino passed away in 2002) is how the hell he got his blacks to look like that, and how he managed to contain them after they begin to spread across the panels. Odd and wonderful expressionistic touches pop up amongst all the pulpy realism--a shark's cavernous mouth crosshatched with cable-width lines, pirate faces disappearing inside Roman helmets--and yet Zaffino never stops reining it all back in, toeing the line of genre requirement, delivering enough moments that the story can reach its expected conclusion. 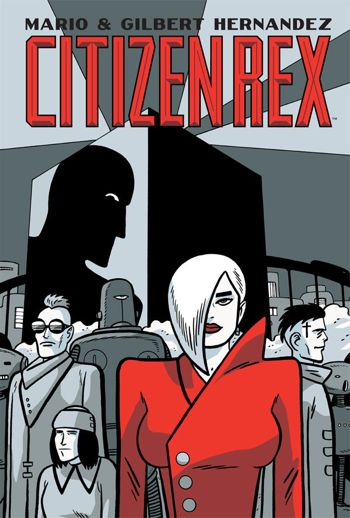 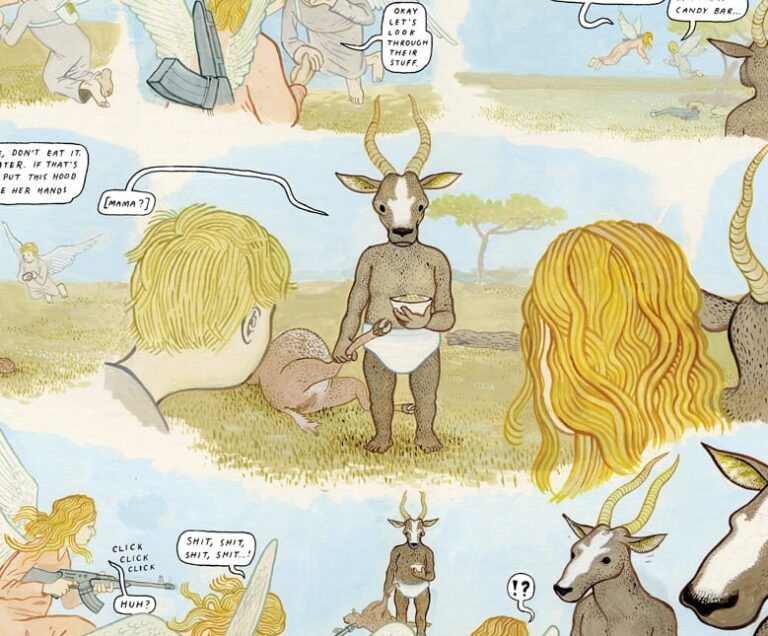