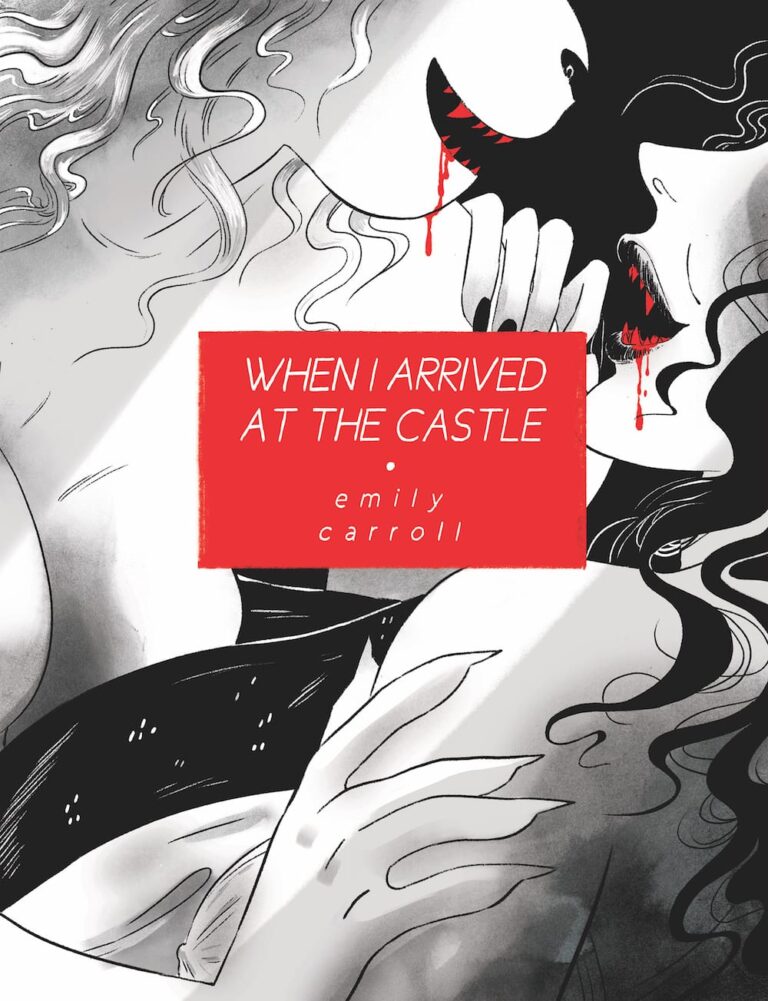 What does pain look like—to us, to others? How does it impress itself into our bodies, moving through us, reshaping us? Where does it go when it is through with us? What do we do when we are through with it?

These are the questions Emily Carroll seems to be asking in her latest, When I Arrived at the Castle. Like many of her earlier stories, When I Arrived… is a fairy tale of sorts. As the title suggests, an anthropomorphic cat arrives at the castle of a countess, and, while their relationship remains opaque throughout, Carroll suggests they have, in some form or fashion, met before. The countess offers the unnamed cat a bath—the water as black as the abyssal shadows that surround the tub—and, after being disturbed by an inexplicable pounding on the bathroom door, the cat ends her perverse R&R early to discover things in the castle that might have been better left undiscovered.

As with any good fairy tale, there is magic (of sorts). Here it takes shape through Carroll’s incredible capacity to scare—a facility that her readers will recall from her haunting Through the Woods, or her webcomic, The Hole the Fox Did Make. In one particular sequence, a body emerges from another body the way a moth emerges from a chrysalis. You can hear the tendons tear as the fleshy shell gives way to birth a slippery beast, gore and muscle and mucus spat into the air, blood dripped onto the floor. The image is, itself, grotesque—stomach-churning even. If we think of the image as signaling a birth, it is birth rendered as a violent usurpation of life, a monstrosity located beyond even the horrors found in something like David Cronenberg’s The Brood. Carroll places this image of birth and after-birth (or maybe mortem and post-mortem?) in a sequence of otherwise anodyne pages—each page in the sequence given over to a single image—and that perturbation of solemnity makes it as shocking to read as it is striking to look at. The whole thing is genuinely upsetting to read. It forces a recontextualization of the preceding pages, and it casts deep, dark shadows on the ones that follow. The surface is wrong, we are told, but the depths beneath are somehow worse. 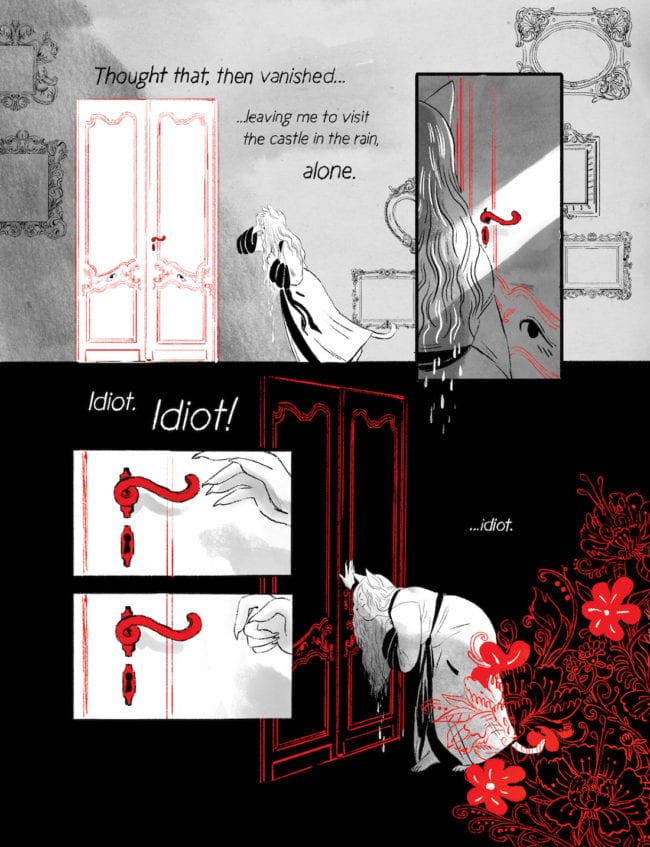 And just as no fairy tale can do without magic, nor can it do with morals. The book’s opening scenes make it difficult to read as anything but a meditation on abuse. “Please, make yourself comforting,” the countess says in the book’s opening scene, “Why not make yourself a drink?” But within just a few pages that hospital has turned to hostility: “Your meekness,” she coldly tells the cat, “It makes me want to vomit.” The cat knows something is wrong, asking herself if it is “revulsion” she feels, “perhaps some sort of sick fascination?” Carroll draws the countess as convincingly seductive—her long hair flowing, her cleavage tantalizing, her loungewear luxuriant, her full lips emphasized as part of a key passage—but she is likewise unnerving. The way she hides her face in shadows, the ease with which she hangs her body off furniture, flows over the ground like la belle in Jean Cocteau’s dreamy Beauty and The Beast. We share the cat’s experience, both its seduction and its resistance, and we know without hesitation that we are watching an abuser and their victim, the signs of danger and the reasons we overlook them, the crimes and the all-too-common feeling of powerlessness when facing them.

It should be said, however, that while there is a moral, Carroll deftly avoids moralizing. At no point does she offer a neat resolution—the victimizer is condemned, of course, but the victim is not necessarily absolved completely. There is no going back, Carroll seems to say, no return to a state before all of this took place. The book’s final scene, as languid as it is sanguine, unfolds as a commingling of bodies. The morbid and the erotic are made to touch one another, and at points the character’s come to resemble one another in this furious display of violence. By the time we arrive at the book’s final page, neither character we started the story with remains. That is not to say that both character’s die, but that the living goes on living fundamentally changed by their experiences in the castle. We are faced, then, with the fact of trauma, of violence, of pain, of mourning, of loss. We are faced with the changes they bring, the ways in which these experiences erode the cliff faces and beachheads of our bodies and our minds, the crevasses and crannies they add, the chunks they wear away and chip off. It is this change—the fact of this change—rather than a laying of blame that beats as the heart of When I Arrived at the Castle. 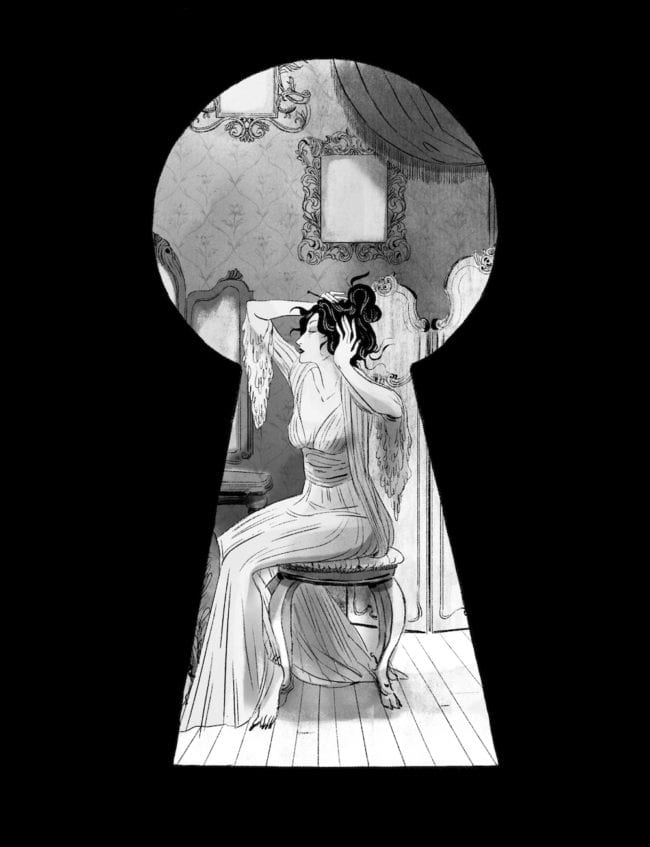 The book’s final pages opens a door, or rather, it is an open door through which we can pass and, like the feline protagonist, be made different. As the mind changes, the body follows. The working through of pain can change us as much as the pain itself does, and that working through can be violent, it can be scary—to ourselves as well as to others. There is no conclusion, here, but there is the promise of something more hopeful: the freedom to work through these pains, the freedom to be scared and to be scary. When we arrive at the castle we are cold, in need of comfort; may all of us leave as Carroll’s cat does: a chimera, assured of its own strength. 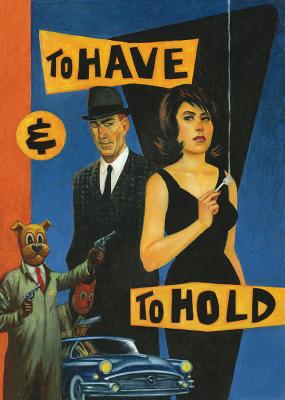 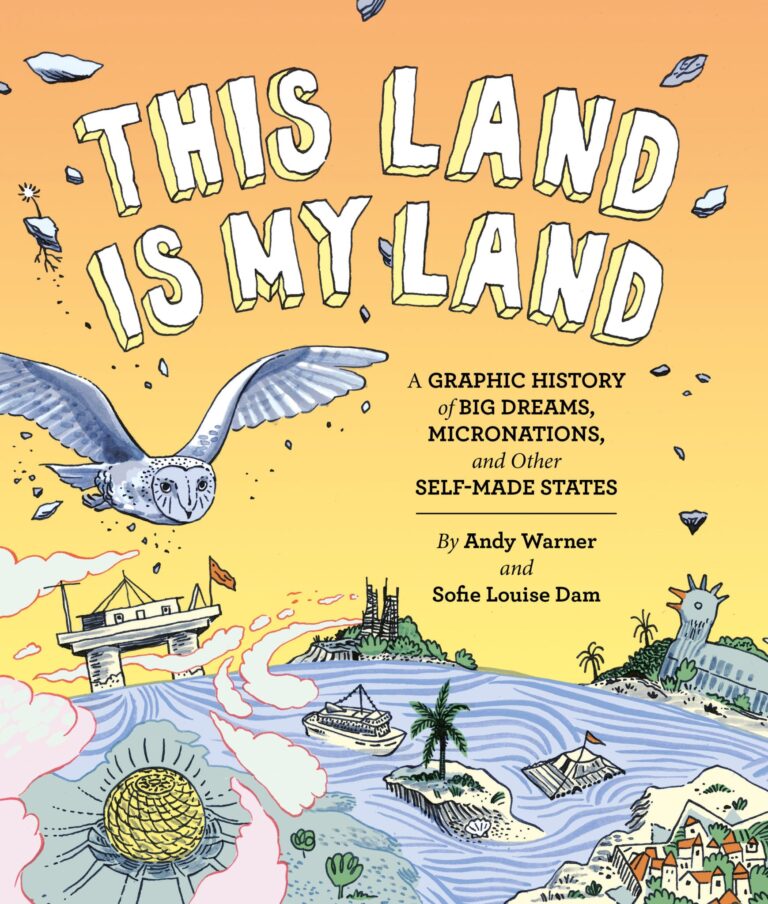