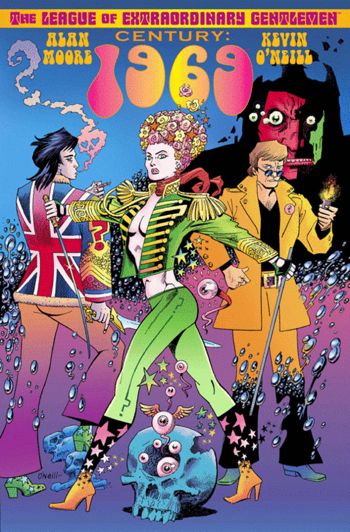 This is one of two comics to come out this year whose climactic oomph relies on an image of (let's be up front about this) John Constantine. The other is Brightest Day, the lengthy biweekly limited series that saw the re-integration of notable Alan Moore-written characters Constantine and Swamp Thing into the DC Universe of Superman and Batman and Mister Tawky Tawny and so on after decades of company-mandated sequestration in their respective Vertigo titles. In Brightest Day's case, that final-page reveal of Constantine—a character who is not named, who did not appear in any of the preceding 23 issues of the series nor on any other page of the 24th, and who does nothing on that final page but smoke a cigarette and say "bollocks"—exists for one purpose only: for readers to look at it and say, "Hey, it's that guy!" It is valuable in a story sense only if you know who you're looking at and are predisposed to care about the fact that you're looking at him, under these specific shared-universe circumstances.

The Constantine who appears in the final pages of TLoEG(v3)C(#2):1969 is also not named, for obvious reasons. And there's certainly a charge to be gotten from seeing him here, in a book written by his co-creator, now re-appropriating him from the company with which he has so famously fallen out. But the resemblance (so to speak) stops there, because this Constantine stand-in is in fact Allan Quatermain, legendary adventurer, borderline immortal, and member of the League of Extraordinary Gentlemen…who's lost the love of his life, his mission, his link to the heavenly realm for which he spent decades fighting, his sobriety, and now his only remaining friend. The "Hey, it's that guy!"ness of it is just icing. It reveals a character, yes, but far more importantly, it just plain reveals character.

That's what I like about the Century incarnation of Moore and Kevin O'Neill's genre-fiction mash-up opus The League of Extraordinary Gentlemen. In both 1910 and 1969, the literary references and eyeball kicks come fast and furious, with a density unrivaled even by the most baroque superhero comics and a knack for making clever connections between disparate characters and concepts that's as playful as it is impressive. I mean, my goodness, the centerpiece of this story involves a race against time as Michael Caine from Get Carter and Mina from Dracula separately attempt to track down Aleister Crowley before he can possess Mick Jagger mid-concert, with Mina simultaneously forced to deal with a lecherous young Voldemort! Moore's ability to convincingly and delightfully synthesize so many strains of pop and pulp is its own form of artistry, one which makes the extensive annotations provided by people like Jess Nevins and the Mindless Ones a pleasure rather than a chore.

But there's no reference-catching required to appreciate the brutally simple story at 1969's heart, one best summed up (reference ahoy) by the epigrammatic words of another countercultural artifact of that tremendous year: "We blew it." Terrified of growing old, falling behind the times, and ever being anything less than fabulous, Mina Murray becomes estranged from her friends and lovers Quatermain and (Or)Lando, has a sexual encounter she might have thought better of, takes a pill she definitely should have thought better of, and ends up being more or less destroyed by the sinister, misogynistic, sexually violent forces that have plagued her in one form or another since her adventures began. That's not just a story-story, it's a human story.

It's breathtaking, seeing how many emotional payoffs Moore packs into this sequence of awful events. His Crowleyesque supervillain Oliver Haddo, who's almost lazily exerted a pernicious influence right under the League's noses, emerges triumphant in a seedily understated fashion. Quatermain and Lando, too smug by half throughout the book, utterly fail their friend and pay for it dearly. Mina's quest for coolness crushes her emotionally and sexually, as it has a lot of people. At the same time, the free-love project of the '60s, which could easily be seen as a fulfillment of the League's goals since its benefactors in the heavenly Blazing World were revealed back in the transitional volume Black Dossier, is revealed as corrupt and fruitless, a stalking ground of gangsters and black magicians and thugs and predators. (Moore's work has often postulated sex as a sort of antidote to violence, but it's even more frequently conflated the two, usually at the expense of women. I think that if you see the one as the opposite of the other, you end up having a hard time seeing one without the other, hence the prevalence of sexualized violence in his comics. But there's really no need to armchair-psychoanalyze Moore when he's dealing with the issue in a fashion so obviously true to real-life culture.)

Perhaps it's O'Neill's work that's the tell here, as it has long been. With all the reference-laden detail he's expected to cram into every page—with all the reference-laden detail he does cram into every page—it might be surprising how loose and gestural and even sketchy his line work can be. But he's not drawing the comic-book equivalent of a word-find puzzle, he's drawing for emotional effect, emotional impact. Facial expressions, body language, movement—those are the details that matter. It's nice to play "Hey, it's that guy!" with the Minister of Silly Walks or the Blue Meanies or Andy Capp or Bill Bruford or whoever else in the background. But the recognition of Terner Purple's pretty vacancy or Oliver Haddo's swaggering confidence or Mina's mounting horror or, in the end, Quatermain/Constantine's piss-soaked isolation and despair are the only character reveals that really matter. 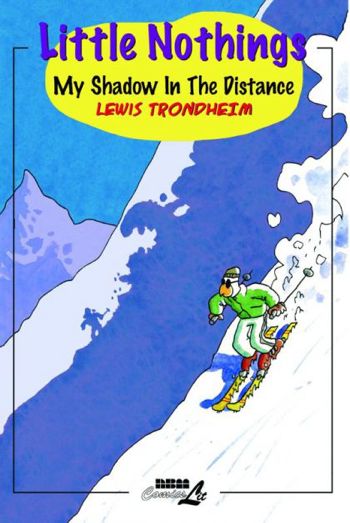 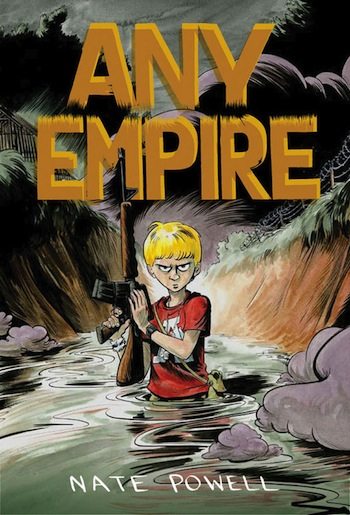