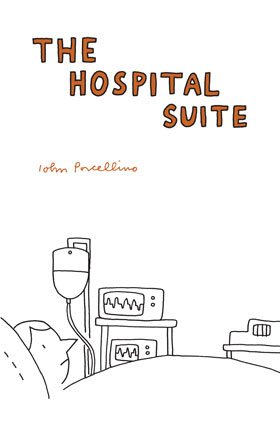 The Hospital Suite is a deeply revealing, heartrending account of King-Cat creator John Porcellino's descent from a normal life into a seemingly endless series of physical and mental health problems, problems that threatened to derail his life for good. Like many Porcellino fans, I knew somewhat vaguely that he had dealt with a number of health issues beginning in the late '90s, but I had no idea of their magnitude. The Hospital Suite (amazingly, his first book of all-new, all-original material), records it for posterity. Intense and harrowing, it's a must-read for fans of Porcellino, fans of the medical auto-bio comics sub-genre (Harvey Pekar's Our Cancer Year, Ellen Forney's Marbles), and fans of alt-comics in general.

[Disclaimer: I know John. We first met by corresponding during the heady days of the '90s zine boom, and he now sells some of my comics (which he has contributed to) through his Spit and a Half distribution.]

The book is divided into three sections: “The Hospital Suite”, “1998”, and “True Anxiety”. The first and longest section deals with the events of 1997, when Porcellino, already suffering from a hearing disorder called hyperacusis (in which everyday sounds can cause extreme pain and pressure in the ears), and on a special diet excluding wheat, yeast, and dairy products to keep it in check, suddenly begins experiencing acute, debilitating stomach pain. He eventually undergoes arduous abdominal surgery to correct the problem after a misdiagnosis of Crohn's Disease. Porcellino walks us through the ordeal from the first excruciating pains, through his eventual hospitalizations and surgery, and on to shaky recovery. This opening section concludes with Porcellino peacefully meditating at home, contemplating life after confronting the abyss. 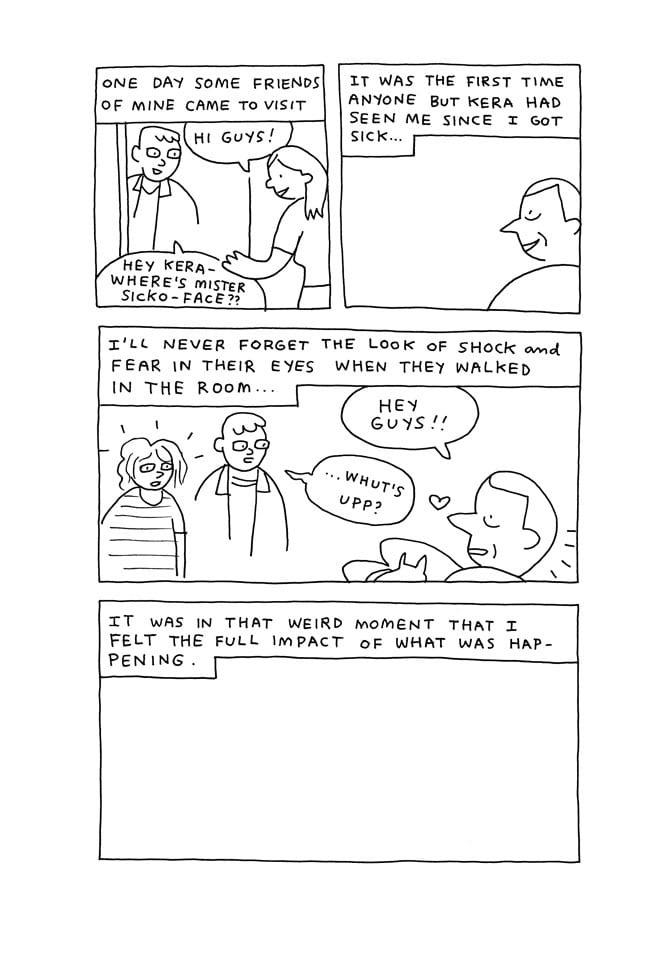 Unfortunately, his problems were only just beginning. In “1998”, he continues to suffer a seemingly unending series of illnesses, as well as increasingly severe Obsessive Compulsive Disorder symptoms that hamper his work as a cartoonist, wreak havoc on his marriage to his first wife, Kera, and severely affect his quality of life in general. Porcellino explores alternative medicines and learns he has a host of allergies, as well as “chronic pesticide poisoning” (see Diary of a Mosquito Abatement Man [La Mano, 2005] for the full story). By early 1999 his marriage has crumbled: “I stood there as Kera and her parents removed all of her belongings from our house…it was the most humiliating moment of my life.” 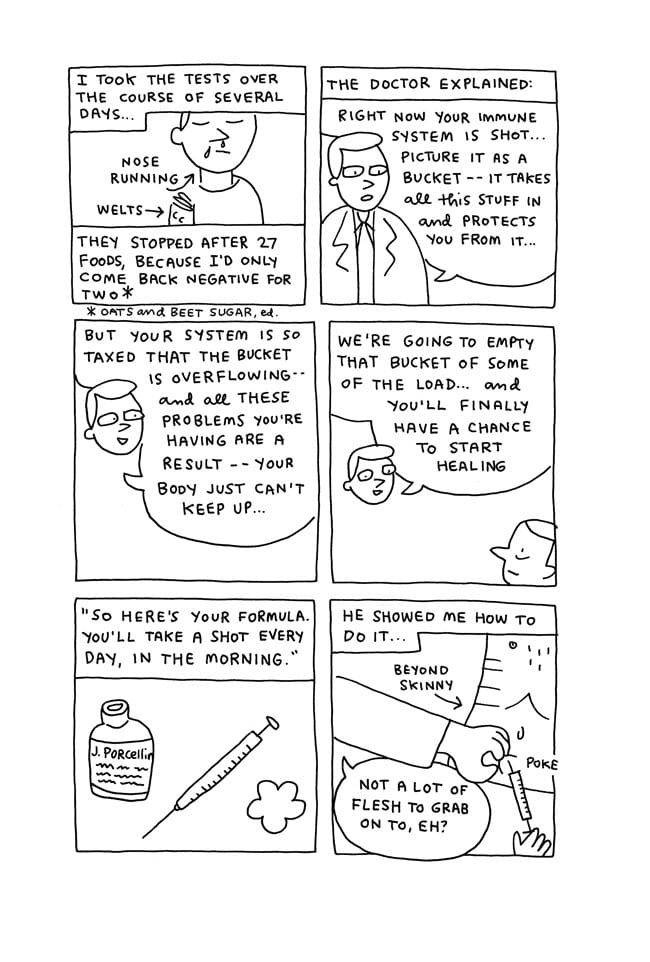 In the final section, “High Anxiety,” Porcellino describes and examines, with candor unusual even for autobio comics, his lifelong difficulties with major depression, anxiety disorder, and especially OCD. I read many passages here with a sort of dread fascination. Porcellino frankly describes how hellishly severe OCD can be, as sufferers become trapped performing elaborate rituals in very specific order to avoid major mental meltdowns. “Life,” he says, “literally felt like a nightmare from which I couldn’t awake.” Eventually, through a combination of antidepressant medications, continual dietary and other lifestyle modifications, as well as his Buddhist study, he once again achieves a basic equilibrium and presently leads a much more stable life.

Porcellino's line is as loose, simple, and appealing as ever, aiding immeasurably in relating traumatic experiences with clarity and a light touch. His pared-down approach to writing and drawing looks easy but it is actually quite difficult to master (there are no details to hide behind). He perfectly captures the essence of certain moments: in the first section, describing the warmth of the sunlight on his face and cool feel of the shoes on his feet upon leaving the hospital, he puts across the surreality and relief of entering the world again—with its traffic, street noises, and warm sunlight—while simultaneously realizing that life has continued on, indifferent to what he has been through. 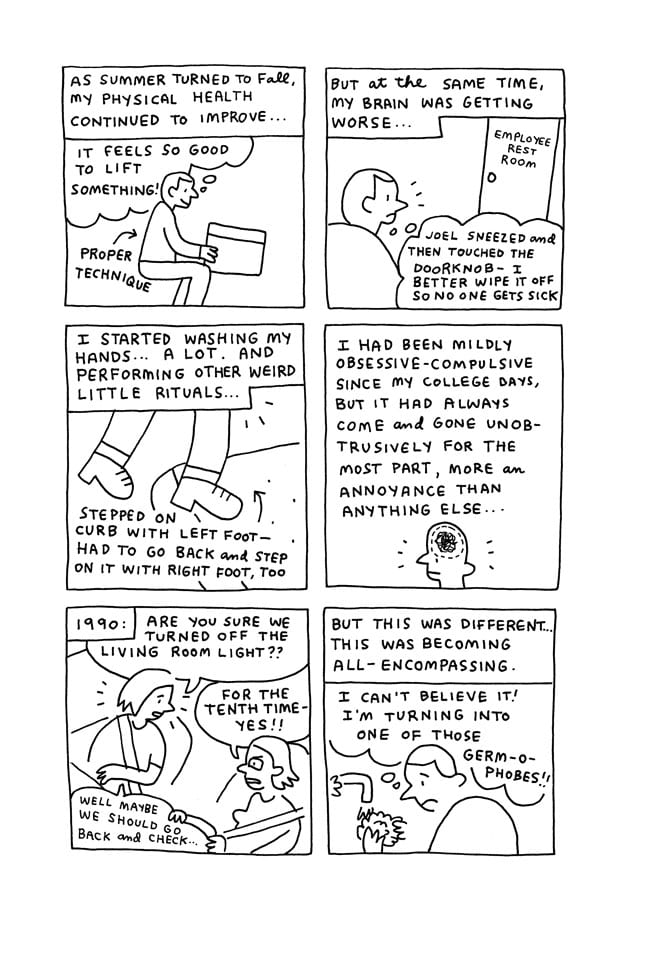 Though I read the book alternately wincing and wondering why anyone, least of all good ol' John P, should have to suffer, Job-like, through so much physical and mental agony, I also laughed out loud from time to time, as his keen sense of humor peeks through the clouds every so often. In one scene, experiencing some pain in his perineum, he awkwardly approaches his father about it, and is shocked when he hears his father matter-of-factly describe the area in vulgar terms (“You mean your 'taint'?… It’s called your 'taint' – cuz it 'taint' your asshole and it 'taint' your balls”). Upon hearing this, Porcellino keels over— we just see his feet— in classic slapstick comic tradition. I just can't see many other cartoonists pulling off this sort of comedic riff in the middle of a basically serious work, but Porcellino manages it effortlessly and endearingly.

The appendices at the end include a list of recommended reading and a few Buddhist passages from "Zen Stories", all of which I imagine will be quite helpful for readers interested in further exploration of the issues raised in the story. Porcellino also includes a few old mini comics from 1992-1993 called True Anxiety Comics (#'s 1-3), which were an outlet for his more OCD-focused work, as well as a strip called "Mercy" he did for The Comics Journal in 2002 (the latter alluded to in part three of the larger narrative). For me, being quite satisfied (and relieved) with the positive conclusion of the larger story, these extra comics were of cursory interest; I question what they add to the overall experience of the book. Porcellino had already convincingly portrayed the depth of his anxiety and OCD and these extras simply added (nerve-wrackingly) onto what we already knew. I wonder if perhaps they might have worked better folded into the narrative somehow ("Mercy" in particular). This is a minor quibble from someone who generally skips the extra or deleted scenes included on DVDs.

At any rate, 2014 marks the 25th anniversary of Porcellino's much-loved King Cat-Comics, making the releases of The Hospital Suite and Root Hog or Die, the new documentary about him and his work, especially noteworthy: double-cherries on top of the sundae. The book is a landmark in his oeuvre and an important work in the auto-bio comics field. Read it and wince, empathize, cry, laugh. Learn something. But most definitely read it. 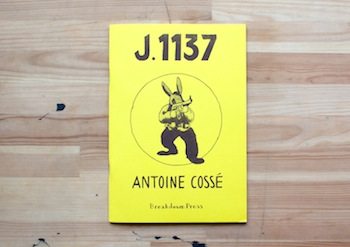 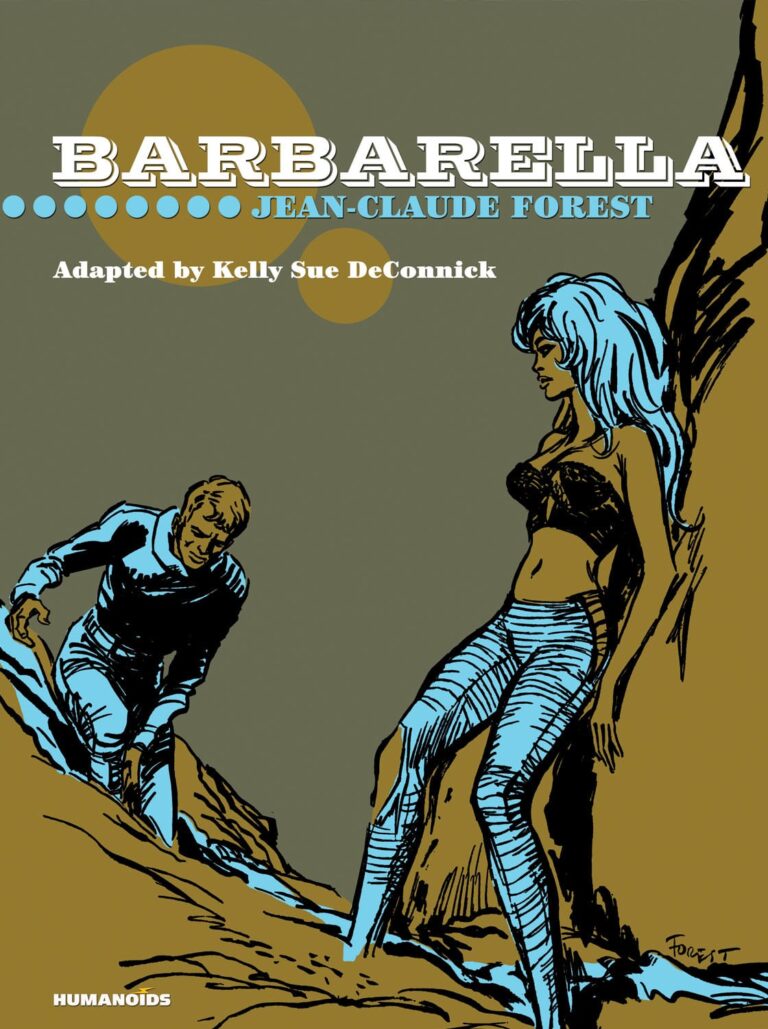