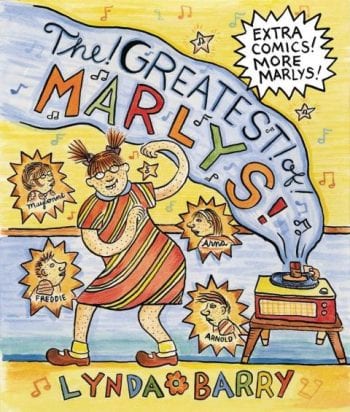 If you were asking me (and I’m just going to assume that you already did, very quietly, to yourself just now) what the essential quality is for any worthwhile “young adult” author, I would say it’s first and foremost honesty. The ability to accurately convey what it’s like to be 7 or 12 or 15 without delving into sentimentality or cliche is a tougher skill than one might suppose, given by the plethora of bathetic or worse stories lining bookstore shelves these days.

It would be reductive of me to put Lynda Barry in the YA camp – her work routinely transcends such narrow genre specifications – but she meets that standard easily. Few cartoonists are able to detail the various joys and bitter hurts that line the path to adulthood as well as she can, often in a voice that might not sound like our own, but certainly resembles someone you know or once knew.

Case in point: The Greatest of Marlys, a collection of strips from her long-running alt-weekly strip, Ernie Pook’s Comeek. Barry has seemingly forgotten nothing about her younger years and – perhaps more significantly – has managed to filter those memories and experiences into her fictional work without losing an ounce of her trademark confidence or candor.

As the title so proudly trumpets, this collection (originally published by Sasquatch Books in 2000, and now updated with a healthy dose of extra material) focuses primarily on Marlys, Barry’s bespectacled, exuberant alter-ego. It’s interesting to see Marlys’ development throughout the decades. When she first arrives on the page in 1986, she’s a perpetually irate tattletale with a dark scowl on her face, the type of kid who’s constantly frustrated that others fail to recognize her true genius or give her the proper amount of attention. 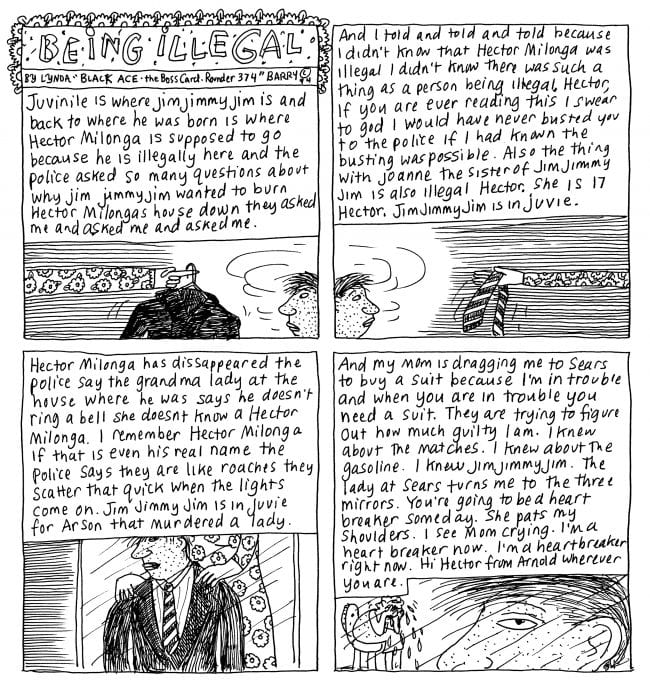 As the years progress however, she softens somewhat. She’s still bossy and “too smart for her own good” (as one of the insufferable adults in Marlys’ world might say) but she becomes more imaginative, pluckier and less hostile to the other kids around her. She also takes up more and more of the strip’s real estate, first via her “art work,” where she dispense advice and beauty tips, then via a reality show of sorts, with her straight up interviewing mythological monsters, perky poodles or just sharing weird facts about the animal kingdom. 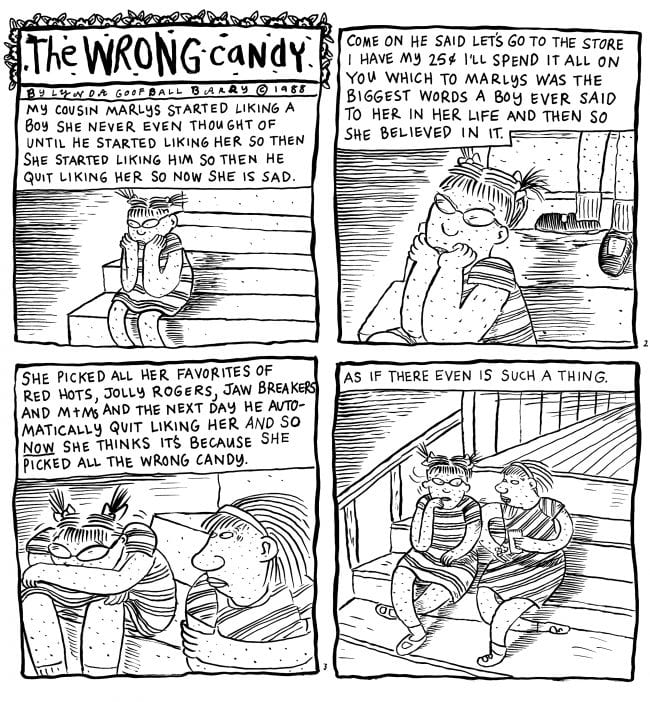 Despite the title, however, Marlys is not the only child of note in this collection. She frequently shares the strip (and her home) with the other members of her family, most notably her sullen teen sister Maybonne and cousins Arna, Arnold and Freddie. As with Marlys, each character is weighted down with their own struggles and anxieties, not to mention awkward or contentious interactions with each other.

To put it plainly, Marlys and her family have it tough. Theirs is far from an ideal situation, due a collection of poverty, absent fathers and maternal figures that are indifferent at best. Schoolteachers are either cruel, aloof or just plain weird. Neighbors are hostile. Classmates stupify. And then there are the just plain mean and scary people. This final fact is underscored in perhaps the most horrific sequence in the entire book, where Arnold befriends a pyromaniac classmate and must decide whether to warn his latest target, a Latino boy who committed the crime of dating the arsonist’s older sister. One of the final sequences, Barry segues from a burning home, to a woman on fire to the woman’s mouth agape, a flaming house for a tongue, to a fireman putting out the remnants of the home, its former structure a ghostly dotted-line memory. 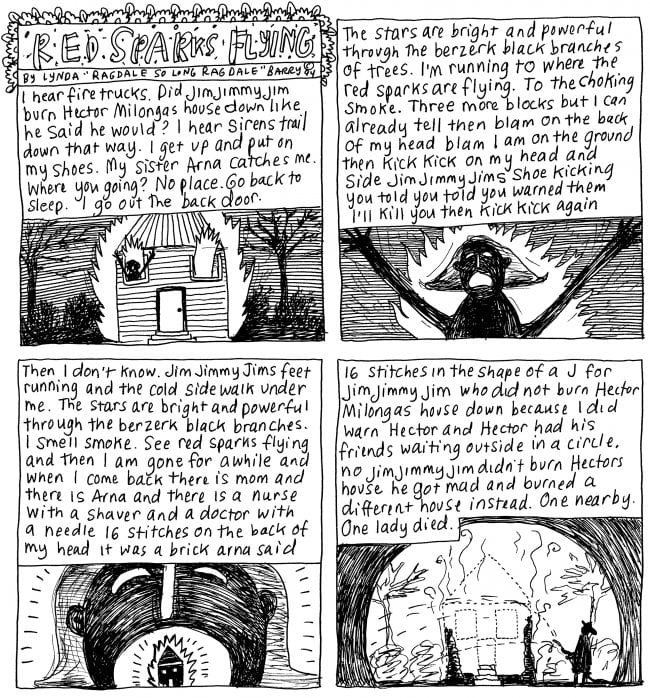 And yet small wonders and miracles do occur, and Barry handles these sequences lovingly, with real poetry both in her phrasing and her art work. Whether it’s the simple joy of listening to the boy next door play basketball in the dark, having a crush on the weird kid in school or just a simple show of unexpected kindness, Barry in her rough cartoony charm and seemingly stream of conscious prose has the ability to convey these small moments with the emotional power they deserve. 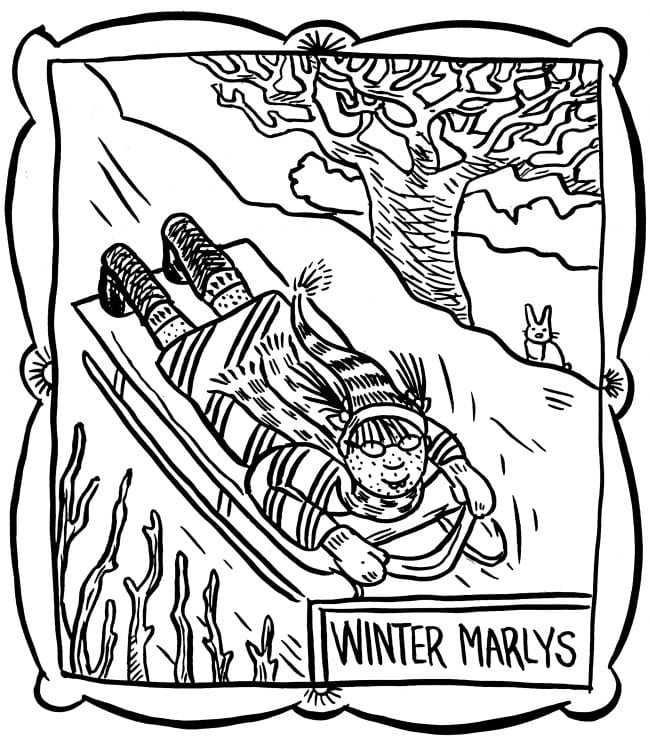 Ultimately what the characters in The Greatest of Marlys are all struggling with is the mysteries of adulthood. They’re all desperately trying to comprehend what it means to be grown-up and absorbing whatever potentially useful data they can find, whether it comes from television commercials or the drunk next door. That their discoveries so often result in disappointment or worse perhaps says more about adult society than the characters themselves.

Yet what’s so wonderful about Barry’s work is that while she doesn’t shirk from the meanness or cruelty, neither does she doesn’t allow it to overwhelm the material. She understands both the sweet and sour aspects of childhood and is able to portray them without sacrificing her authenticity. In that respect, The Greatest of Marlys earns its greatness in the best possible way. Honestly. 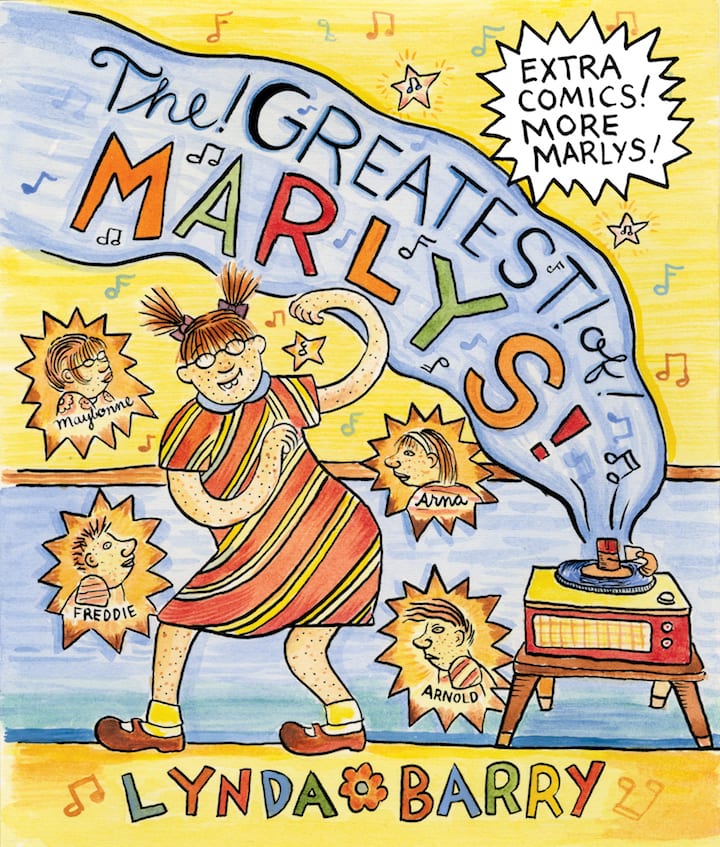 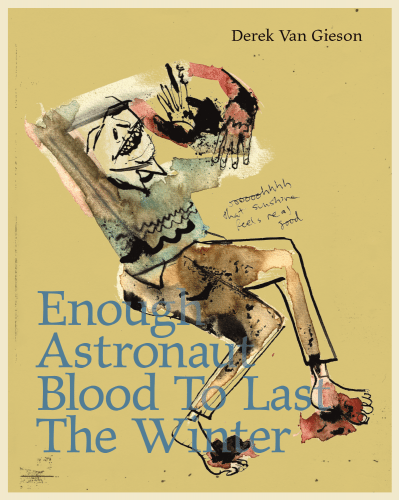