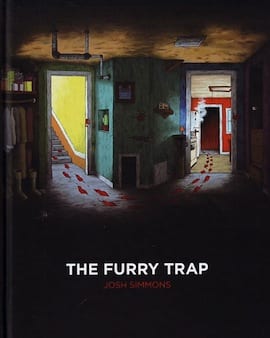 Best known for House, a doomed, claustrophobic graphic novel about teenage curiosity in which the panels themselves seem to close in on the reader, and ongoing life's work Jessica Farm, a fractured children's story that collapses the borders between cute and creepy, Josh Simmons' work eschews the cheap thrills and glib cynicism of most horror comics. If the stories in Simmons' new collection The Furry Trap, were designed to simply freak readers out, they would end in a page or two. But Simmons sticks with his ugly ideas, until the fucked-up-ness is no longer scary or even funny, and just kind of sits there for you to turn over in your brain. Shock seems besides the point.

Consider "Cockbone," the longest piece in The Furry Trap. The 25-pager details the lives of an embattled, brain-damaged family of sub-Texas Chainsaw Massacre crackers wasting away in a post-apocalyptic world. They shoot dogs, watch trashy TV, throw words like "fucker" and "faggot" around in conversation, and at night, sneak into the titular character's room, one by one, and felate him for his hallucinatory, opiate-like semen. 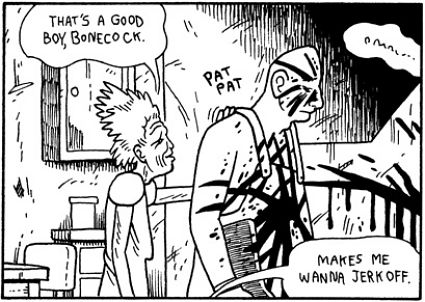 "Suckin' [is]...the only joy I've known in this shithole life," Cockbone's mom tells him, a few moments after mother and son watched two jets crash into a mountain range and explode. At the risk of pinning meaning to something clearly intended to be a visceral experience — a dirge of dirty words and stomach-churning sex and violence — "Cockbone" seems to be about the ways in which family establishes its own hopelessly warped version of normal, and passes it on, from one clueless generation to the next.

Or something? The Furry Trap transcends interpretation and mostly just hits you in the gut. "Jesus Christ" is an absurd, monster movie take on the resurrection, with Christ as a Godzilla-sized centaur shooting flames, vomiting up a giant sword, and destroying the earth. "In A Land Of Magic" begins with a knight slaying a dragon and taking out an evil wizard to protect a princess. Post-slaughter, throbbing with adrenaline and male will-to-power, the knight gives the wizard a tracheotomy, and forces his penis through the neck wound, over and over again. It's gleefully crude, but it's also taking the piss out of the patriarchal nonsense and "might makes right" messages common in the fantasy genre. 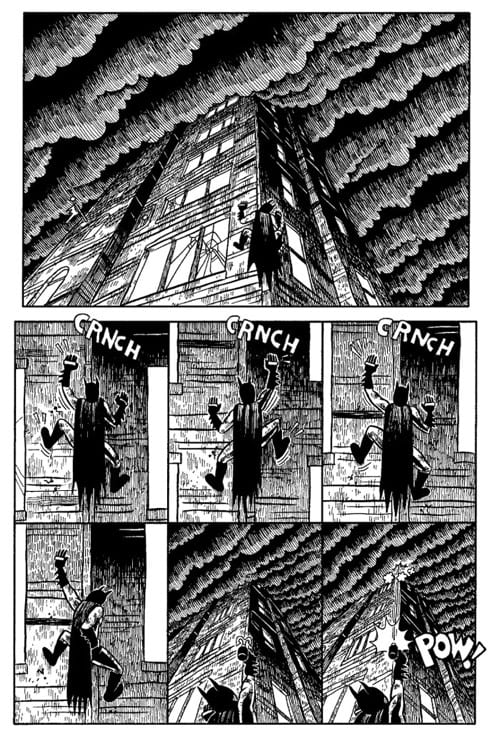 "Mark of the Bat," an unofficial Batman comic, finds the vengeful hero equipped with a machine that tears the lips off "the bad guys." In a hilariously cruel moment, having just destroyed the face of a rambling hobo, Batman picks up the lips and speaks through them, mocking the victim's cries for help. This is a confrontation with "darkness" that bests the bro-friendly, moral gray area philosophy of Christopher Nolan's Dark Knight trilogy.

Simmons is a belligerent cartoonist, drawing without censure, adding a nervous energy to an ostensibly pleasant, bubbly style — like Gary Panter doing Where's Waldo?, or Peanuts with all the existential despair laid completely bare. And he's fully dedicated to simple, panel-to-panel pay-off, which often makes these comics canter along like slowed-down animation. His stories move, almost in spite of their endlessly brutal content. Occasionally, there's a nod to the old E.C Comics "gotcha!" last-page shockers, but it's not so much a twist ending as it is one more twist of the knife — a final, devilish, narrative turn that leaves the story on the most unsettling note possible.

"Night of the Jibblers" isn't an explicit deconstruction like "Mark of the Bat," but it reads like one of James Sturm's comics about regular folks and their lives of quiet desperation, sucked of all its sentimentality: An old man who pedals homemade wooden toys at an outdoor market by day, at night, waits for a pack of creatures to rape him, and tear him to pieces. Eventually, they arrive, and what unfolds is a violent sequence that actually affords the old coot some shabby nobility. 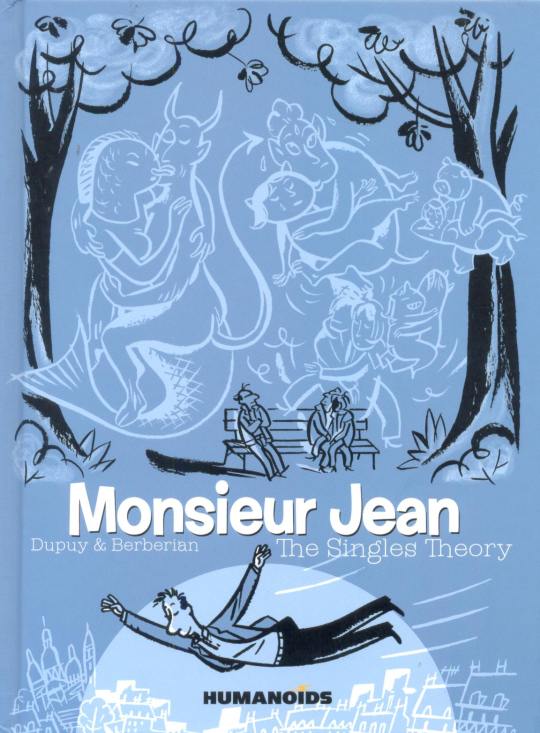 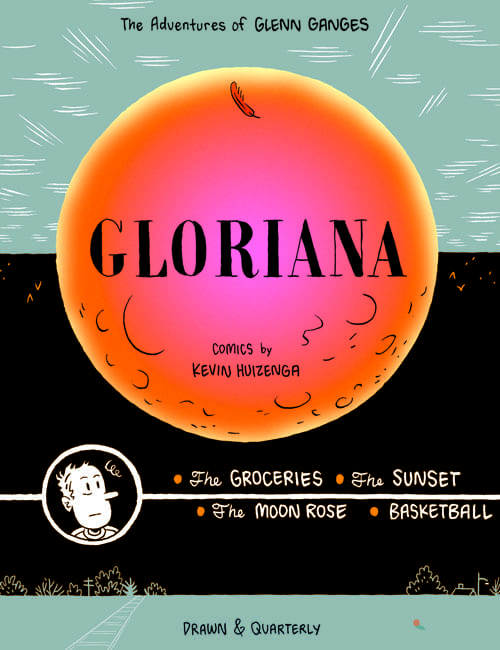