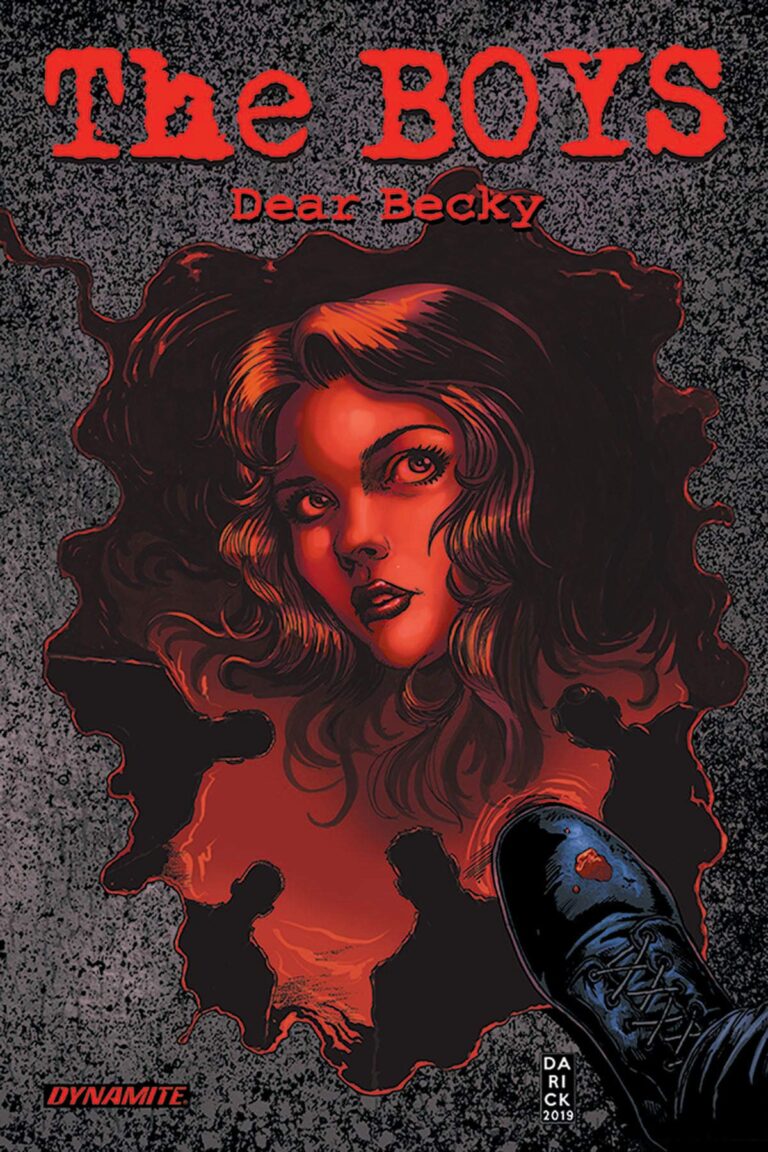 Satire, unlike revenge, is a dish best served hot.

Unfortunately, The Boys: Dear Becky seems to have been left out to cool a little too long.

This 8-issue miniseries by Garth Ennis and Russ Braun, with covers by Darick Robertson, is a combined sequel/prequel to The Boys and its sprawling, scathing, ultra-gory critique of American mainstream comics and politics. We catch up with Hughie and Annie, the only main characters to have survived the original series in 2020 Scotland, where they’ve retired to Hughie’s childhood home.

All is tranquil until a mysterious package containing the old diary of Billy Butcher’s wife Becky arrives at the house, with no clue as to who sent it. As Hughie reads the diary, which Butcher has used to write Becky a letter after her death, it sends Hughie on a journey to a) discover who sent him the diary and why; and b) stop himself from falling back into Butcher’s and his own blood-soaked pasts.

Plot-wise, though, the letter serves to set up a flashback to the 1990s so we can see what the Boys got up to back in the pre-Hughie days. And here’s where Dear Becky runs into problems. One strength of The Boys was its anger at post-9/11 American politics and how they shaped the state of the mainstream comics industry. After all, it had only taken a few years for comics to pivot away from the deconstructionist, more liberal ideologies that characterized the best of Vertigo’s output – an imprint that was supposed to herald a new, thoughtful, “mature” direction for the industry – towards buying into the military-industrial American exceptionalism that propped up the George W. Bush presidency.

Ennis writing about the 1990s in 2020 just doesn’t have that same bite. Once again, we see the Boys tearing apart a superteam, albeit a British one this time, consisting of antiheroes meant to be “ambiguous, edgy, the kind of characters people can’t make up their minds about”. It’s likely a riff on the 90s’ insatiable hunger for characters cast in this exact mold, but without an angry, satirical drive to see it through, whatever it’s meant to be falls flat. 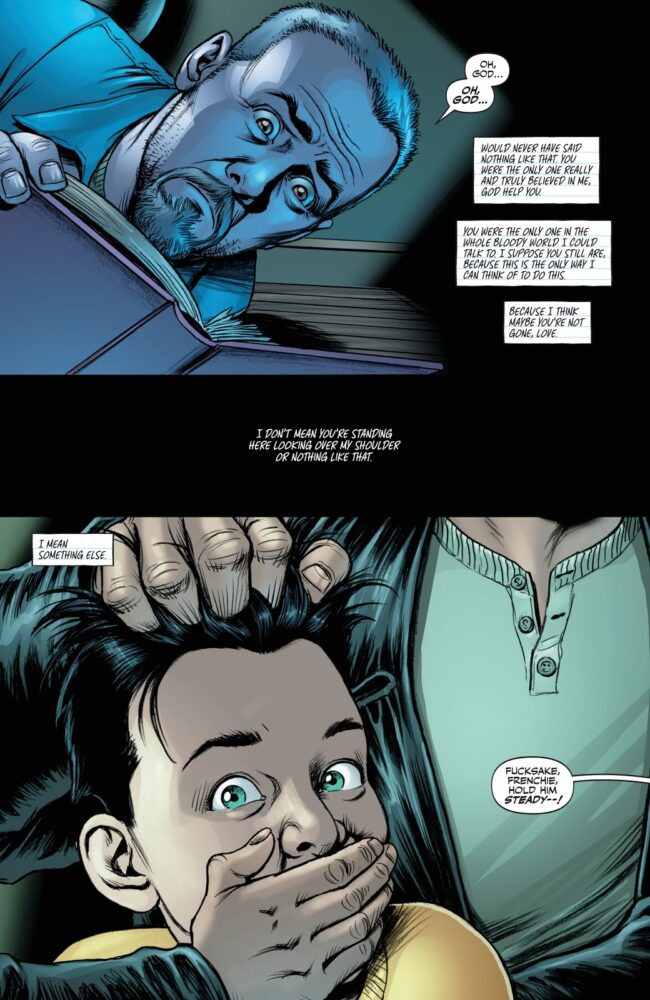 Dear Becky’s art at least helps to cover for that sense of retreading old ground. Braun’s larger-than-life exuberance portrays Dear Becky’s superheroes as preening monsters who manage to be simultaneously frightening and ludicrous. Braun also conveys the gradual impact of time on familiar faces – the softness around the jaw, the extra creases, the youthful sparkle in the eyes mellowing to a gentle, more knowing shine – in a way that reminds you how much time has passed since we saw Hughie and friends.

In fact, the characters now live in a world without superheroes, which, if you’re extending the lifespan of a property built on satire, doesn’t really work in these supe-saturated times. It’s superheroes on TV, superheroes on every gaming platform, streaming superheroes, superhero billboards, superheroes in every blockbuster film until the heat death of the universe (imagine a 1980s Marvel catalogue smacking you in the face, forever). Dear Becky may intend to serve as some kind of commentary on….something, e.g. The Boys but for the Trump/post-Trump era, but it seems to be reacting to a context that doesn’t really exist. What’s left to comment on, then, besides places we’ve already been? 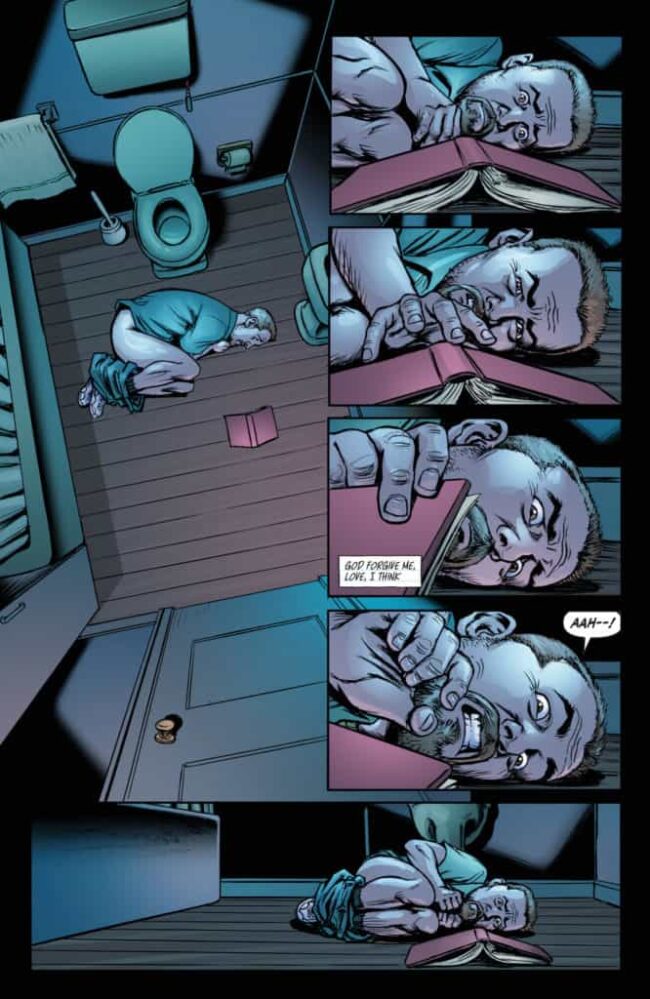 This approach not only deflates Dear Becky’s narrative but flies in the face of the comic that spawned it. One conceit of The Boys was that its superheroes had artificially prolonged lifespans, which was a sign of their monstrous, inhuman nature. At the time, this reflected the mainstream publishing practice of preserving legacy characters in narrative amber, such as in the case of Batman, who, if he aged in non-diegetic time, would be well over 100 years old, but instead is eternally stuck in his late 20s/early 30s because DC wills it so. Now, however, in the age of endless screen content adapted from superhero comics (imagine a 1980s Marvel catalogue smacking you in the face, forever), this super-longevity has taken on a new, sinister connotation: nothing is ever allowed to die. More specifically, nothing in comics is allowed to experience a lifecycle that ends. Dear Becky makes The Boys part of that, sealing its industrial complicity in the great content machine. 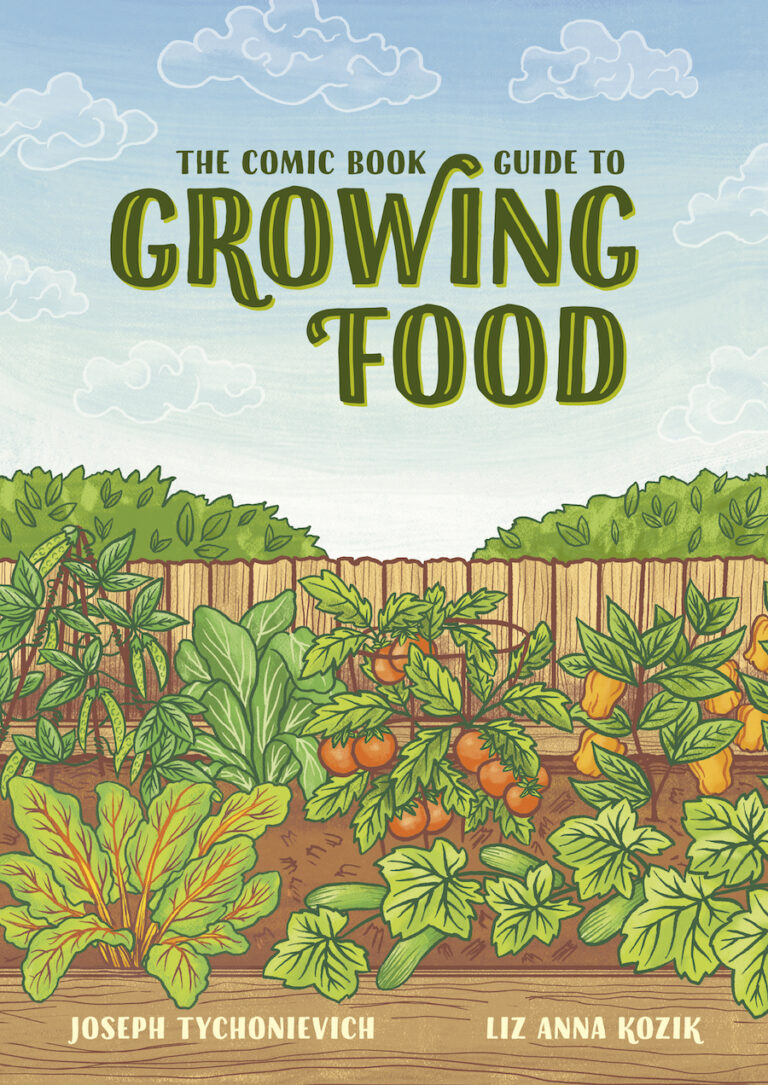 The Comic Book Guide to Growing Food: Step-by-Step Vegetable Gardening for Everyone 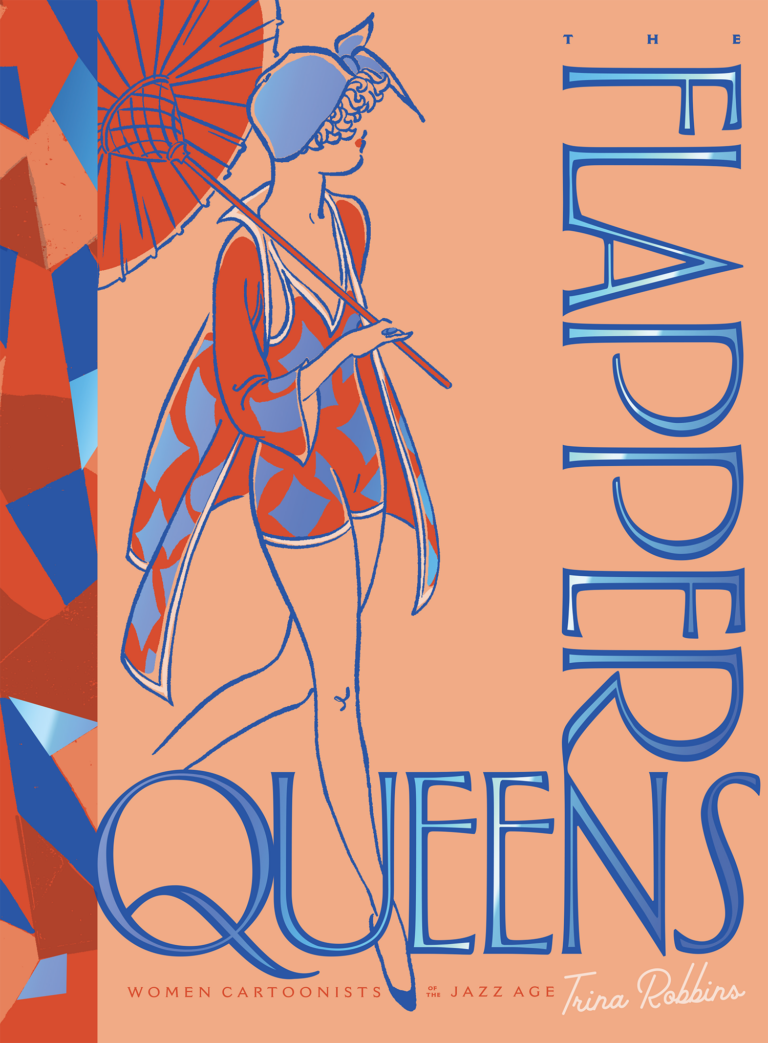