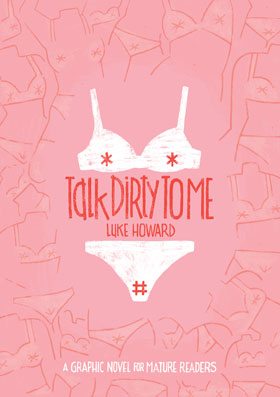 Rather than offering up Trina Robbins-style role-model feminism, Talk Dirty to Me presents a shaded, unglamorous mini-portrait of a woman’s life via her sexual history, and examines how those experiences have shaped her current liminal state. Emma’s story, in fact, is a conduit to a larger subject: the boundaries our culture places around sexual agency and notions of desirability, and the impact of conforming to and/or challenging those boundaries.

Emma is an ordinary-looking, plumpish woman, probably in her late twenties, intelligent yet timid and awkward. She and her husband have just moved to an apartment in the big city, where the husband, freshly out of grad school, is starting a new job. With the couple’s furniture still en route, all there is for Emma to do the first week is hang around in the apartment’s empty rooms and figure out what she wants to do with her life. It becomes instantly apparent that she has no idea what that might be. Chancing upon the phone sex gig, she is given an opportunity to explore a new way of breaking out of her rut, of doing something possibly exciting, with the lure of the forbidden. The narrative crosscuts between Emma trying out the job (in secret—she hasn't told her husband about it) and her isolation in the new apartment, while flashing back to key moments in her past sexual experience, from her early experimentation with masturbation, to her adolescent encounters with pornographic manga, to her first (highly unromantic) high school tryst, to her present day (non-) action with her husband. Her sexual history is one of shame, scorn, and restriction.

I haven't encountered very many male alt-comics creators who write from a woman’s perspective, and Luke Howard does so convincingly. Though Emma is not stereotypically “sexy,” she is presented as a sexual being; we see, in fact, that she has stronger drives than her husband. In one sequence she initiates an encounter, which he sheepishly turns down (“I’m just tired.”). There’s every indication that this is a recurring event in their relationship. It is striking how rarely characters like Emma are presented in the popular culture, obsessed as it is with youth, beauty, and “hotness.” In the midst of the roleplaying scenario that clinches the job for Emma, we see her transform into the fantasy of a more culturally approved “sexy” woman: 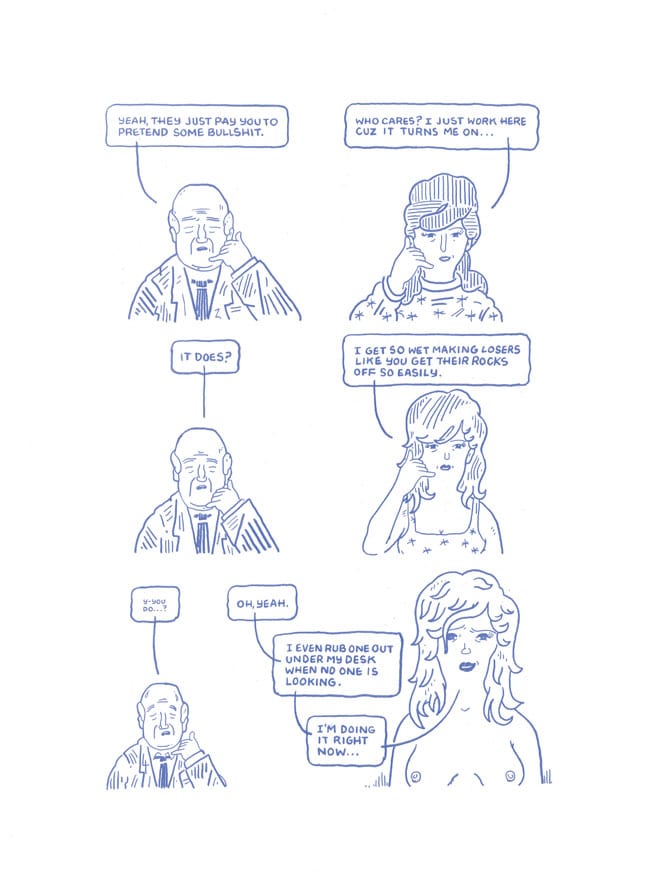 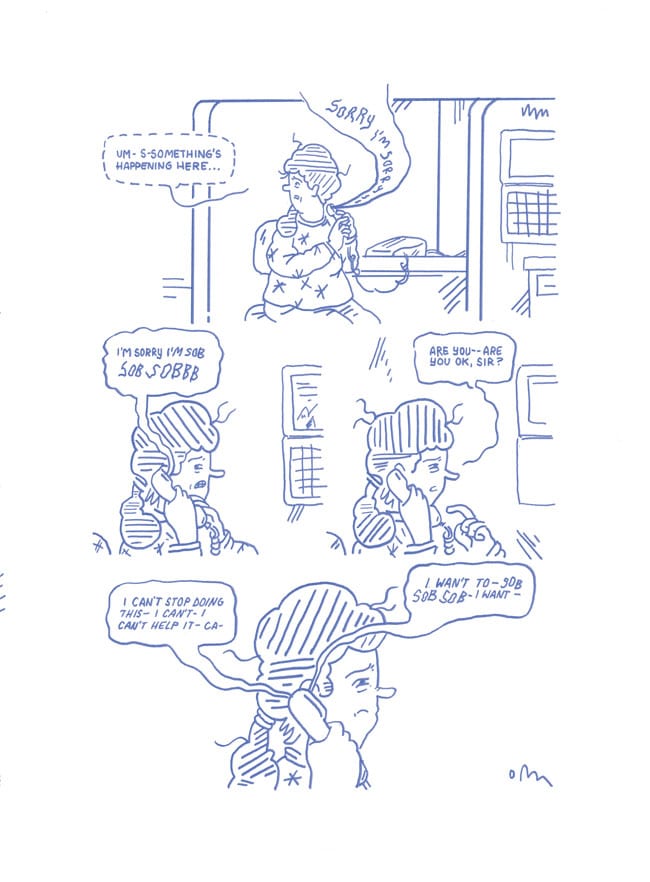 In another sequence, Emma has a long, vivid daydream about becoming a bestselling author of a book about her sex line experiences (her imaginary book is naturally titled Talk Dirty To Me), appearing on NPR in an interview with Terry Gross, guest-hosting Saturday Night Live, and becoming a pop culture heroine. At first reading, this sequence felt like an overlong, unconvincing diversion. But looking closer, it underscores the fact that Emma presently can only discuss her deepest feelings in fantasy: “Yes, I had a lot of shame,” she tells Gross. “A lot of shame.”

Talk Dirty to Me was first serialized in Joyana McDiarmid’s charming Maple Key Comics anthology and proved to be one of the highlights of the series. Luke Howard is a creative, sensitive cartoonist, proving himself adept at depicting emotionally nuanced characters and situations, and tastefully rendering scenes of his heroine in charged sexual scenarios. His mostly borderless panels and past-intercut-with-present story structure add to the restless, flailing feel of Emma’s situation. Howard also manages to maintain a level of lightness and humor in this essentially serious work. He playfully tinges the story with tumescent sexual imagery: Emma and her husband power up their inflatable bed, watching absently as it slowly swells; Emma, looking down on the street from the apartment window, fantasizes that a stranger grows to giant proportions in order to have a friendly chat with her; and at the end of the day her husband asks her, “What did you get up to today?”—never knowing how literally Emma could answer his question.

Howard's work is backed up by the always-ace production work of AdHouse Books: the covers are resplendent in ironically girlish pink and “sexy” red, and the back endpapers feature reproductions of real newspaper phone sex ads along with hotline dirty talk hidden underneath the French flaps (French flaps in themselves being an always welcome feature). It’s a smart, sassy design. As the story wraps up, Emma’s life has not progressed as we might have hoped. In fact, at another job interview (at an unglamorous but "legitimate" service job), she fumblingly reveals her insecurities to her prospective employer in her own mini-therapy session, mirroring her customer at the sex line. Despite the irony of its title, Talk Dirty to Me takes sex seriously, revealing it as an influence in personal strengths and weaknesses, and viewing sexual history as a vital element in the map of the personality. 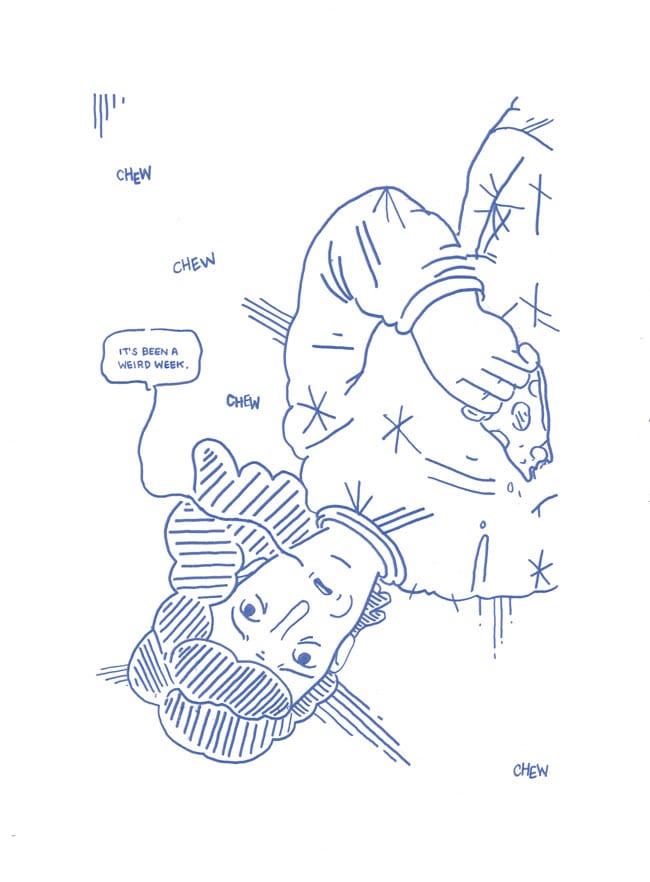 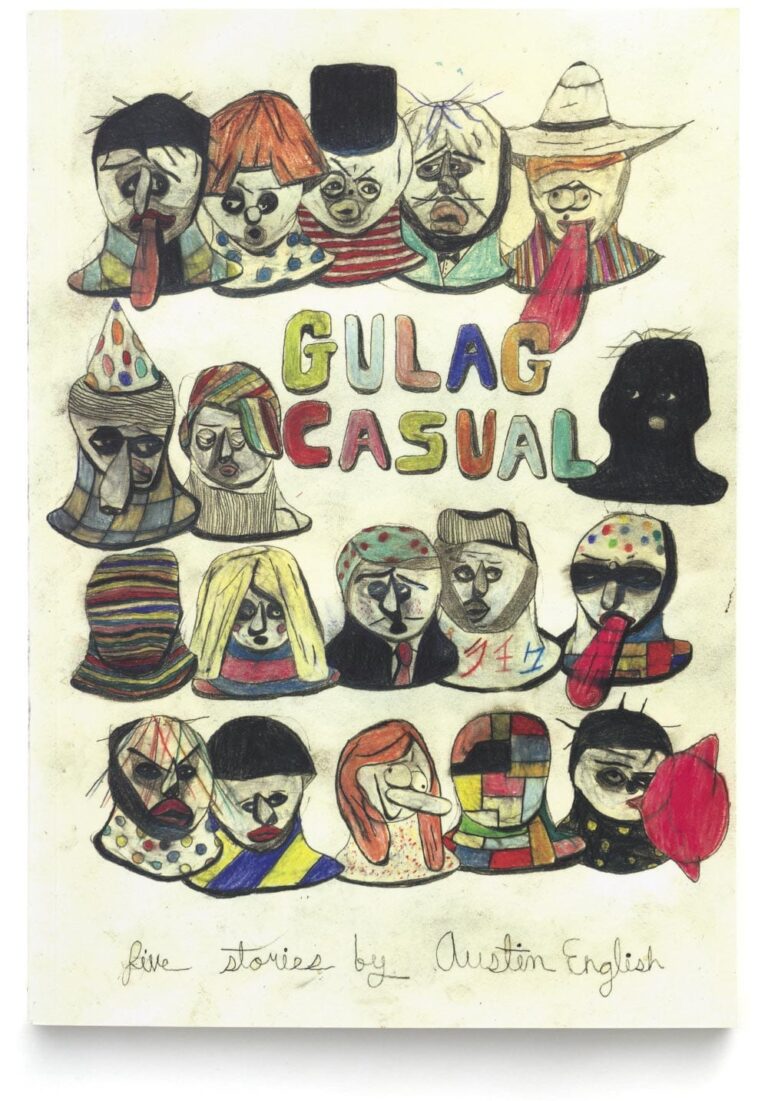 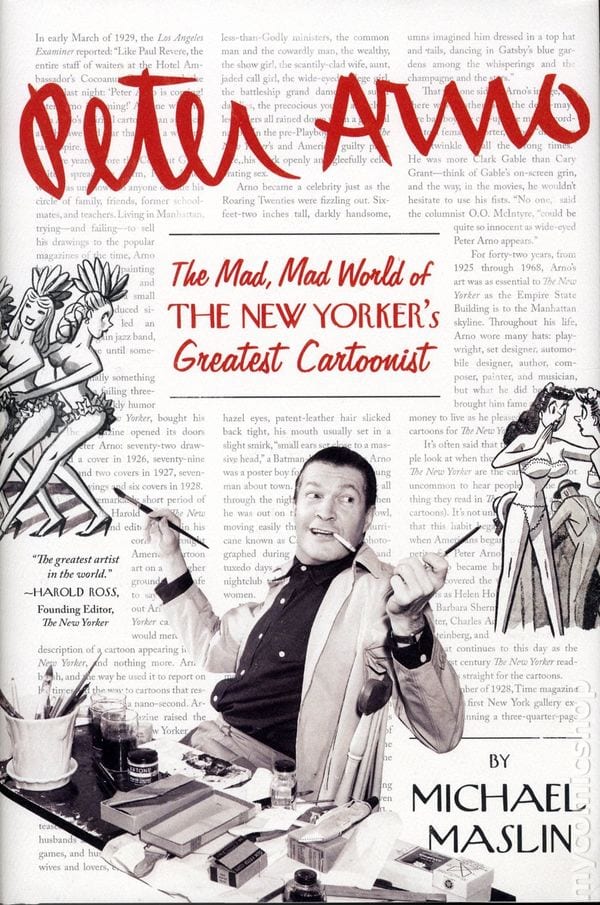