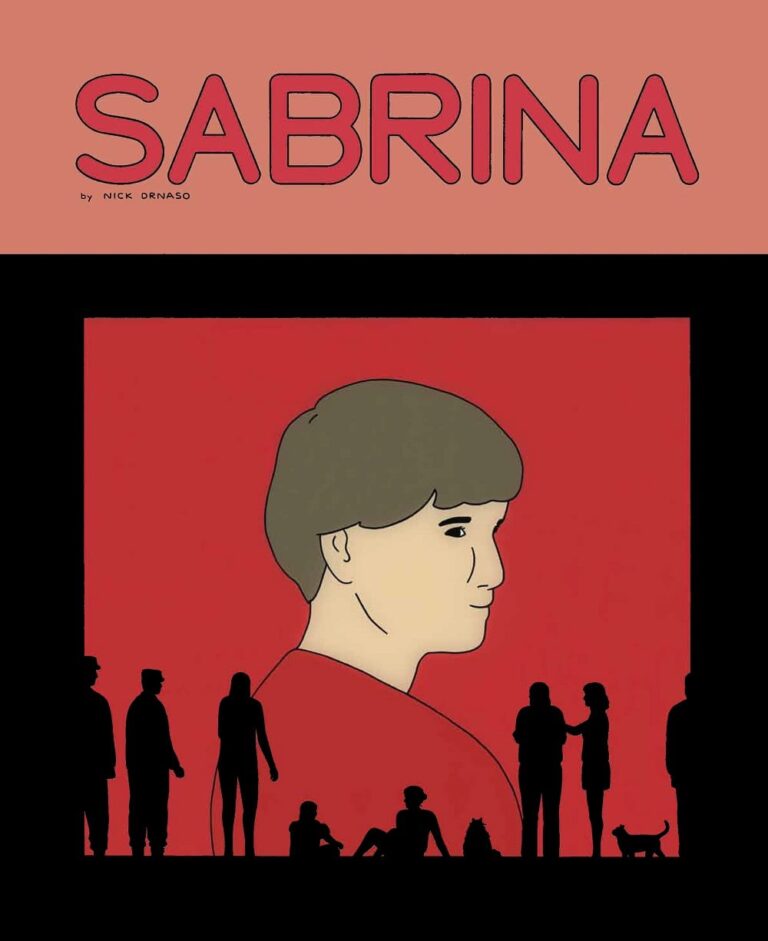 No matter what book I flip in front of my face these days, it’s ultimately veiled by each outrageous, sometimes hourly update. I can’t help it. For a while now, I’ve only been able to read books in the shadow of national news. Luckily, Nick Drnaso’s Sabrina begs you to do so.

The book starts fittingly with Sabrina, but she’s not much of a character, rather an absence. Vanishing after the book’s first sequence, the story then centers on the people in her life’s ability, or lack thereof, to deal with her disappearance. In the tight grids that have become one of Drnaso’s trademarks, we meet Teddy, the lost Sabrina’s boyfriend, motoring depressed and directionless. His worried mother calls up Calvin, Teddy’s old friend from elementary school who’s now stationed in the Air Force in Colorado, to see if her unanchored son can stay with him. Calvin agrees and the two men, whose emotional intimacy halted at age 12, rekindle their friendship. That’s where this truly impressive story of fear and trust—in yourself, in acquaintances, in vocation, but mainly in society at large—really begins.

Drnaso’s Beverly, although one of my favorite books of 2016, was purposely narrow in scale, focusing on the lives of Midwestern suburban teens. Their world is insulated and so were the short narratives that made up that debut. Beverly was about small towns, where Sabrina pulls back the scope significantly to examine an entire nation. The same internet-aged, ill-with-paranoia, conspiracy-confiding, unremitting-war-revering, water-boarding, water-bottle-hoarding, true-crime-gripped, “I’ve-done-my-independent-research,” gullibly-gaming, idyllically-aloof, involuntarily-lonely U.S.A. we call home.

The only thing I love more than an overly ambitious project that falls just outside its target is one that hits the bull’s eye. Sabrina splits the arrow with over 200 pages of Drnaso flexing. He puts a striking amount of detail in interiors, capturing the stale-aired drabness of “EMPLOYEES ONLY” backrooms and nearly empty month-to-month apartments. In a few large panels, he pulls out a Where’s Waldo-esque style to illustrate a children’s book inside the book. On other occasions, Drnaso, drawing haunting dream sequences, makes a negative image with his minimal line in neon over black. Sabrina’s art throughout is assertive and immediate, yet non-hurried.

In terms of writing, Drnaso doesn’t deal in first-draft ideas. He’s obviously a painstaking editor of his own work. He hits the American zeitgeist without cute social media sanctioned slang or characters throwing their arms up in a dab. Sabrina has no gimmicks. In fact, the book’s one fault might be its timeliness, but do you really see back-and-forths in bad faith and domestic distrust ceding anytime soon?

Back to the story. More details on Sabrina’s disappearance come to light and they are grisly. Sandra, Sabrina’s sister, becomes more pragmatic and proactive. Calvin concentrates on winning back the love of his estranged wife and daughter in Florida. Teddy falls into an abyss of strange behavior and “false flag” radio broadcasted intrigue. Drnaso gets readers to progressively feel sad for Teddy, angry on his behalf, frustrated with him, then afraid of him all before the character utters more than a complete sentence. He’s one of the many characters in this book trying to process personal and collective grief, some of it, Drnaso alludes to, stemming from 9/11 that is now trickling down to future generations.

On a macro creative level, I was struck with how stirring Sabrina’s drawings were and how it reminded me, in panel snapshots and snippets, of a variety of foundations: 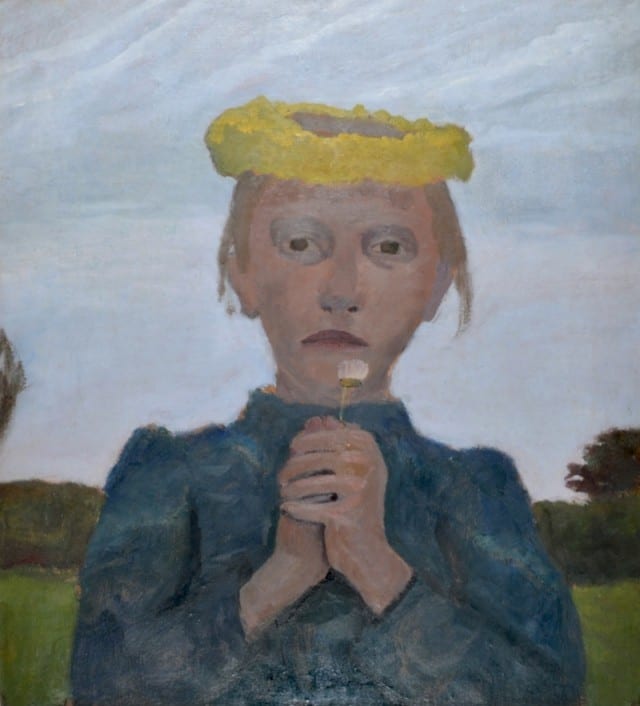 Roger Brown and some of the Chicago Imagists 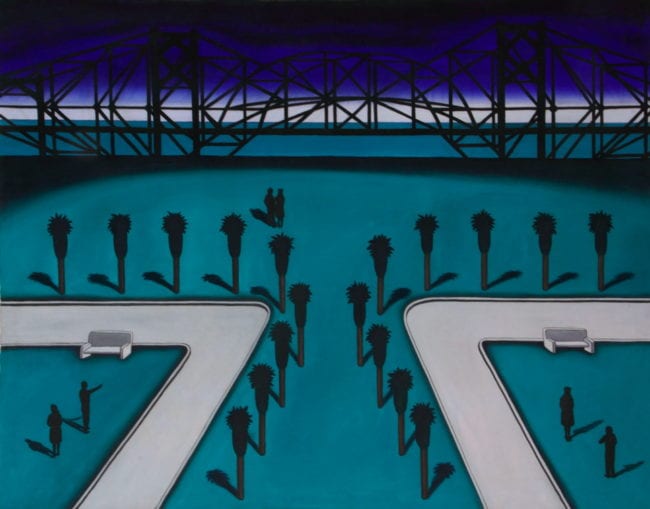 This is not to say that Drnaso is influenced, or even aware, of these artists and movements, but I do think he is working in a lineage of powerful, affecting, and enduring art making.

It’s wild to think that no other literary minded cartoonist, at least to my knowledge, has attempted a grand take on our country’s current civil and emotional climate. But after Sabrina, pencils down. Time to go back to the literal and figurative drawing boards. I’d almost feel bad for an artist knee-deep in their treatise on picket-fence terrorism and communal woe if Sabrina wasn’t so good. With this graphic novel, Drnaso somehow begins to dissect how technology and the hyperspeed news cycle create a recipe for numbness, aided by his flat expressions, clean line, and adept coloring.

Sabrina is entirely tension-filled, but is never salacious or exploitative. Drnaso vindicates his characters and their worldview without ever preaching to the dissenters nor the choir. It isn’t cheap satire, like your friend yelling, “fake news” in a bar. This is a political powerhouse of a graphic novel. Sabrina is the next bound for a cartoonist that will undoubtedly be considered one of the greats of all-time. We’re just lucky it’s our time. 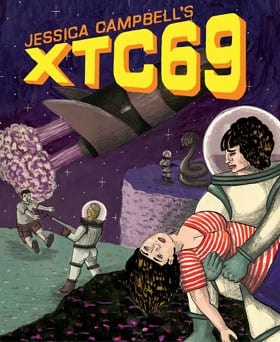 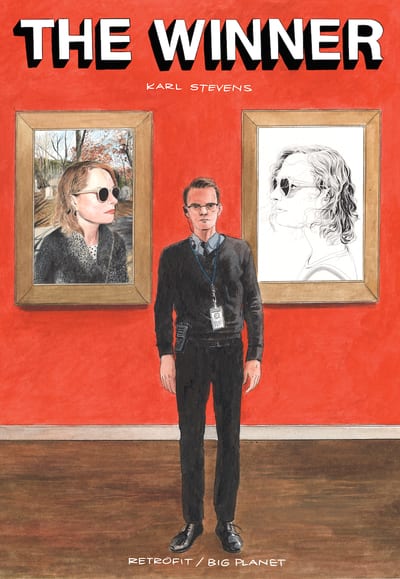