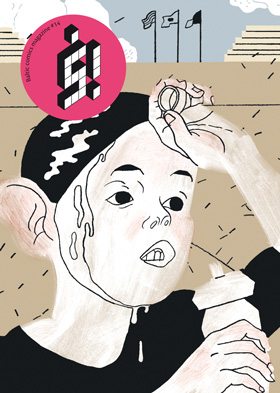 š! (pronounced sh) is the sister publication to kuš! (rhymes with bush) an alt-comics anthology straight out of Riga, Latvia. It was founded in 2007 in an effort to popularize comics not only in Latvia, where comics were so underground they were nearly invisible, but to the broader world as well. Their mission is “to spread the Latvian comics fever.”

Each issue of š! features an international roster of artists, hailing everywhere from the Latvian home base to Hong Kong to the Nordic countries to the US. I'd caught “the Latvian comics fever” just a couple of years ago, when I nabbed #4, the "Lost in the City" issue, from John Porcellino's Spit and a Half table at Twin Cities Zine Fest. I was immediately taken with the charming pocket size and the resplendent, colorful oddness inside.

The theme for this latest issue is sports, which at first seems surprisingly conventional, coming from an anthology with past themes such as “Female Secrets” and “Midnight Sun.” Happily, the comics inside are anything but ordinary. Many of the š! creators seem to delight in presenting warped or heightened realities that veer from lighthearted whimsy to dark and downbeat.

I’ve slowly become familiar with the work of many of the contributing artists, some of whom have become favorites. It’s a treat to see König Lü. Q. and Lai Tat Tat Wing included here (I believe the former is in every edition), two artists who couldn’t be more dissimilar in style and content. Lü. Q. traffics in silly or non sequitur one-page strips with simple, childlike drawings, a type of comics I’ve always found irresistible. His “Real Quidditch” strip is a deadpan take on the Harry Potter series sans the “magic.” Meanwhile, “Taken” by Lai Tat Tat Wing, features another of the artist’s delightfully trippy identity-swapping, reality-changing narratives, drawn with a playful rather than stuffy formalism. His work would have fit neatly in RAW back in the day, no problem. 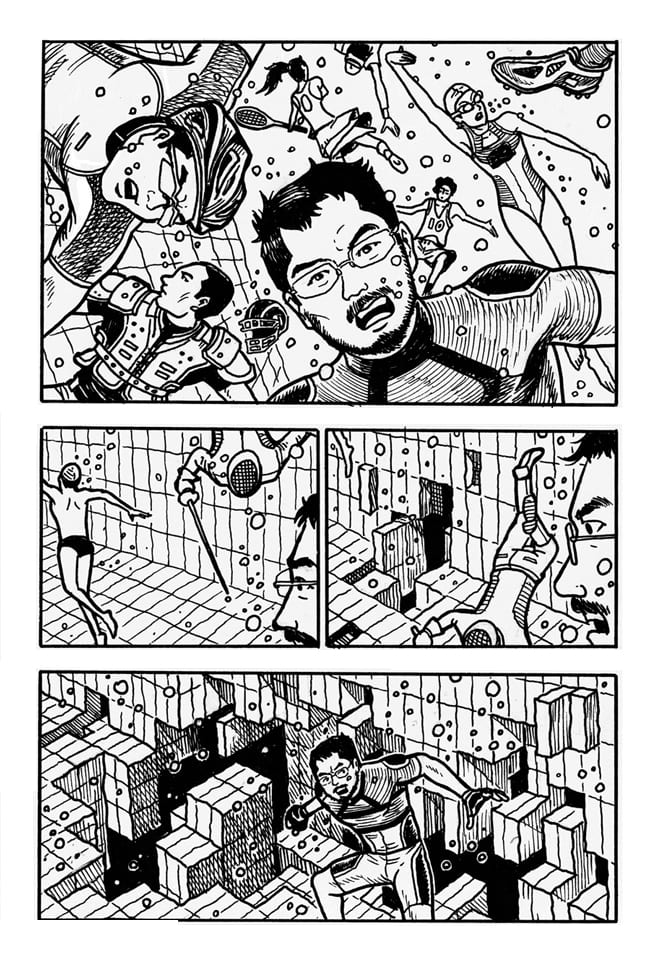 Michiel Budel, from the Netherlands, best known for his pair of one-of-a-kind Wayward Girl comic books from Secret Acres, offers “Roller Derby with the Warriors,” another of his slightly pervy but somehow sweet girls-in-short-dresses adventure, rendered in his signature soft, girl-friendly colored pencils. Emelie Östergren, an artist featured in several Nordic comics collections, contributes “Something Bigger,” which tells the tale of a (very) little girl who overcomes all obstacles to become a professional basketball player. That sounds rather straightforward, but believe me, it’s not. Östergren has a strikingly odd, faux-naïve aesthetic that is all her own. It may be off-putting to some but I’ve come to appreciate her work and I’m eager to see more. My review copy of š! came with an enchanting full-color Östergren minicomic called Runaway Dog, which is already on my shortlist of best minicomics of  2013.

Some of the stories featuring artists new to me include “The Jogger” by Michel Esselbrügge, starring a character who (literally) runs afoul of some creepy entities in the woods. I liked the way Esselbrügge depicted the jogger’s eye-view of the landscape whizzing past him in a blur of greenery, broken up by close-ups of the faces of the monsters stalking him. It’s strikingly effective and unsettling. 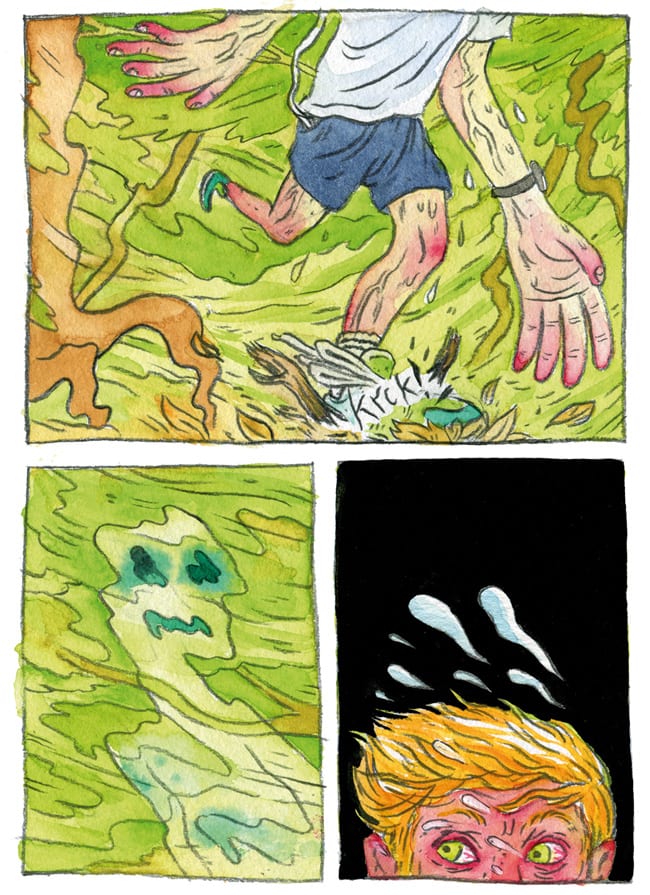 “Team Spirit” by talented one-name artist Ratigher, depicts a woman eagerly stepping in to substitute for an injured swim team member, only to be instantly, inexplicably tormented by her demonic teammates. “Ping Pong Wizard” by an imaginative young cartoonist named Mikus Duncis, tells the story of Alex, who is so good at ping pong he wins the Earth Ping Pong Cup then the Galactic Cup, then bests L’Schi, “the God from Saturn.” Though ultimately winning these notable bragging rights he’s still called a loser by certain unimpressed parties.  (Some guys just can't get a break.) “The Tendinitis” by Nicolas Zouliamis, is a surreal tribute to Marco Pantani, the great Italian cyclist who died at the age of 34. Pantani was a master of the climbing style of biking, and Zouliamis’ drawings artfully recreate the ebb and flow of cycling, achieving a real sense of forward trajectory. It’s beautifully conceived and executed. 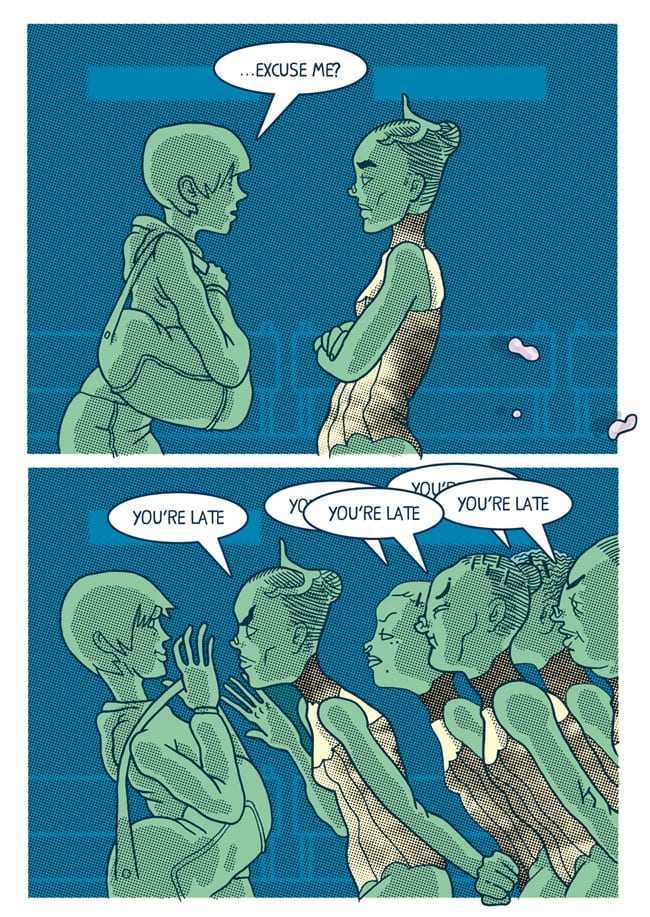 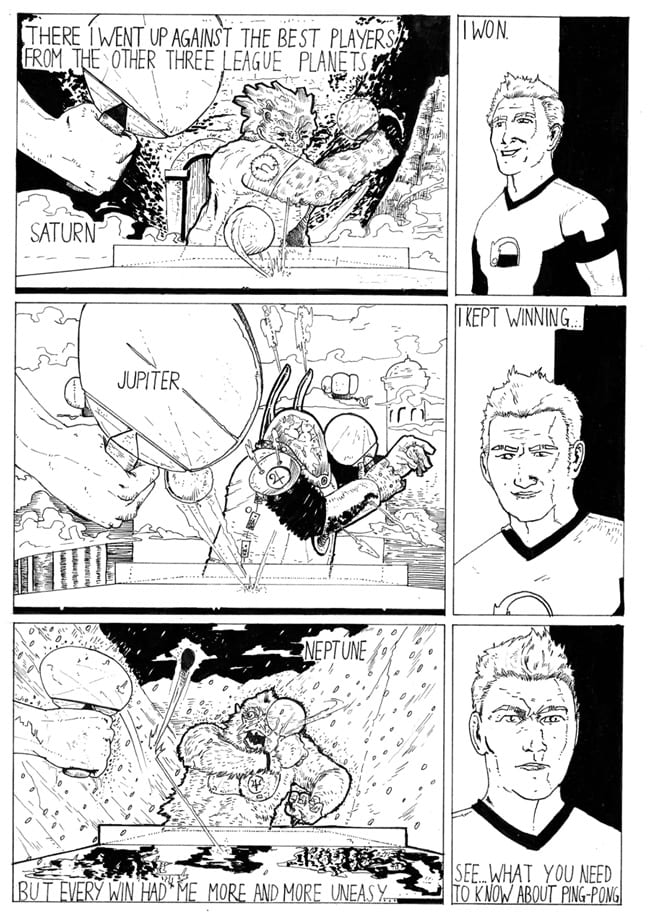 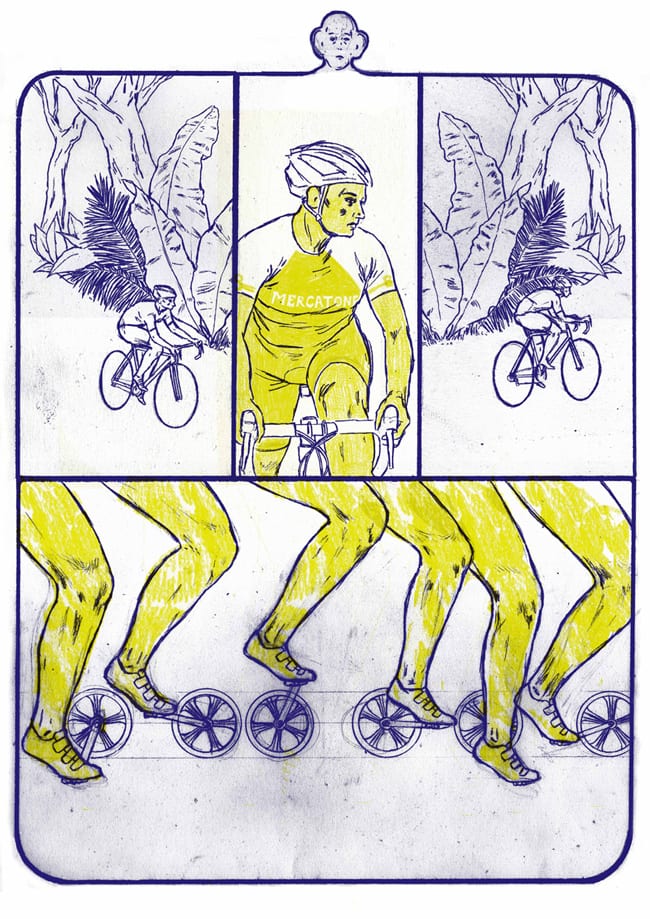 The comics above do present sports in a decidedly darker light. From malevolent spectators to nasty teammates to unimpressed fans to pain from accidents and regular wear and tear on the body, the toll that sports can take upon their participants are many and varied. The very introduction to the book drives home a cautionary message: “One of the best ways to not to do sports (sic) is just to watch sports, or – like our artists – to draw about it. By reading their stories you won’t burn many calories, but you might not break your leg either.” Honestly, that seems like sound advice to me. You can’t go wrong with this weird & wild, flamboyant & fun, bold & beguiling anthology. Cover to cover, it  delivers food for the eyes and stim for the brain. 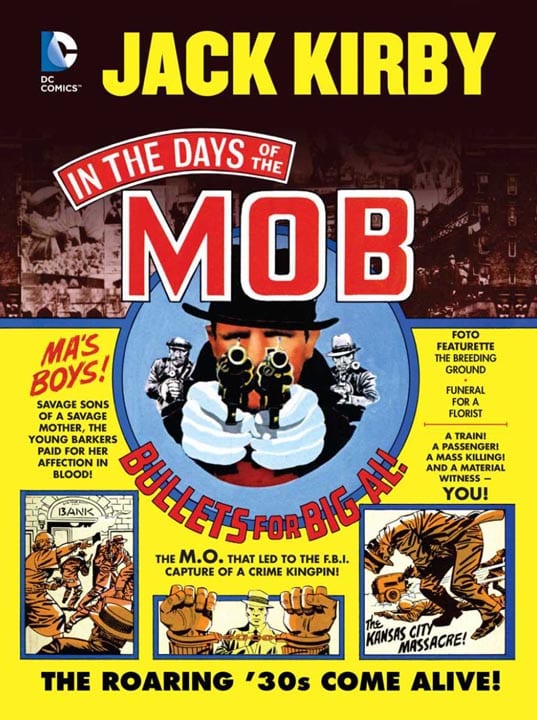 In the Days of the Mob 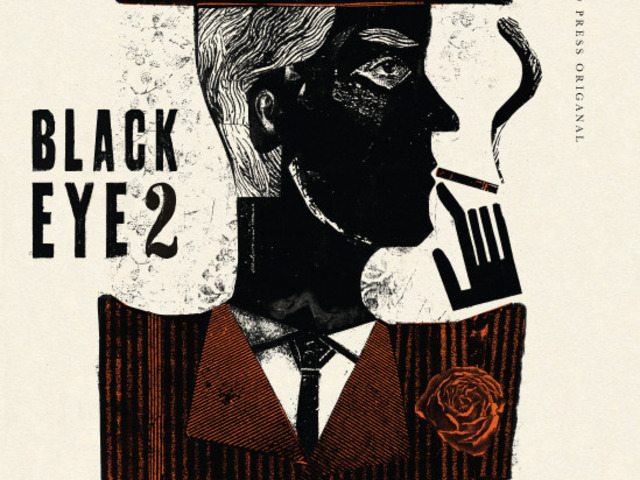