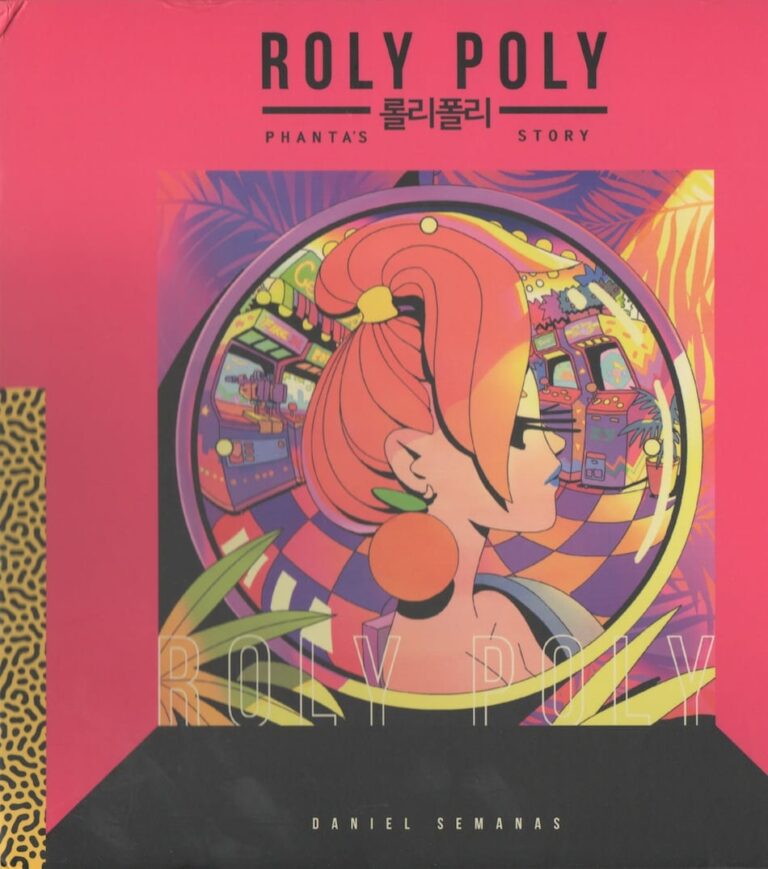 Ours is a culture that is both deeply sexist and increasingly shallow, where a widely-held prejudice assumes any woman of a certain level of attractiveness to be the most shallow of all. Impressively stylish yet bereft of meaning, Daniel Semana’s Roly Poly embodies this worldview more readily than any other entertainment I can recall: So much of its style is based around signifiers of femininity, and the only way I can imagine an argument justifying its ridiculous vacuity would be on the grounds that it is somehow satirical. I know there are plenty of people who object to Bret Easton Ellis and the like on the basis that replicating shallowness for supposedly satirical ends is inherently unsatisfying as literature, but let me make it clear that Roly Poly doesn’t read like a postmodern novel where the characters are bereft of depth. It reads like the storyboards for a soda commercial that’s inexplicably ten minutes long.

If you haven’t read the book, you’re probably wondering how literally I mean that. Well, it begins with a woman buying soda. This is Phanta. That’s presumably pronounced like Fanta, which you probably know is indeed a soda brand. It has no relation to Fantagraphics, the publisher of this book, that I know of. Phanta’s who the book will follow for the rest of its pages, after she is asked if she wants “grape or orange,” two of the fruit flavors the real Fanta brand offers, and responds, “Guess.” The fictional soda she’s purchasing is also called Phanta, and their corporate logo is also the icon on her Instagram profile. So it’s kind of like the book is about the personification of soda. What is the personality of a human soda? Well, the back cover copy, reprised inside the book so it’s canon, says, “Phanta is fearless and persistent. She says life should be played on hard mode.” This is more like the sort of ad copy that would be used for an energy drink, but there you go. 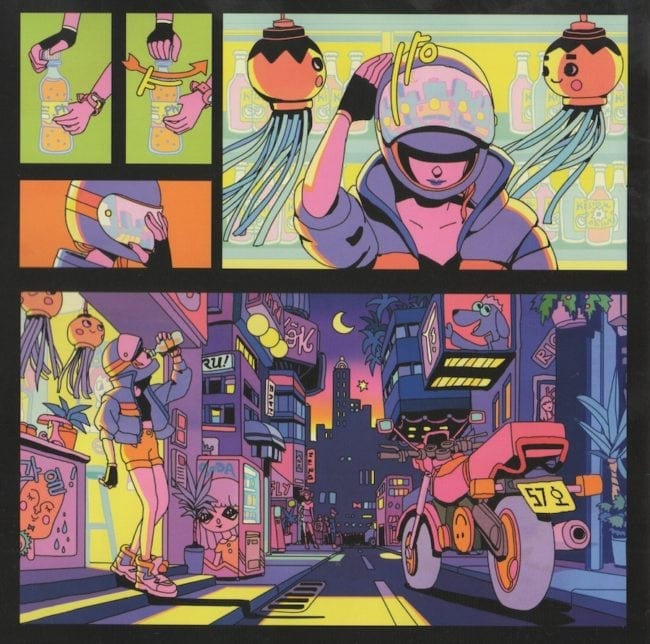 For me, the book’s visuals go down as smoothly as an aloe drink, although responses of “this is hurting my eyes” will certainly be spoken by some. The color scheme is unremittingly bright. The book begins at sunset, depicted in a gradient the cityscape’s variegated colors pop against, and the night that follows stays neon-lit with the candy colors of rave aesthetics. Clarity is prized over mood, which makes for something very readable. The visual storytelling is compelling: It’s easy to keep reading, turning its mostly wordless pages, even without anything that keeps you invested in the story. You want to see how the next spread will look and read, how the character will move through the space. In the absence of corporate synergy, this is probably why it got published. However, these strengths in turn reveal the book’s weaknesses. The book’s backgrounds are so detailed and understandable as physical spaces, that no work was done designing characters in a way that conveys personality or a history of experience becomes more noticeable.

Eyelashes leap off every character’s face in a design of brush strokes that functions like mascara in an exaggerated femininity. The one man in the book, seen in his Instagram profile, hides his brows behind bangs. It seems clear from this “male, but feminine” character design we are meant to infer that he’s attractive but evil. His face is the same as everyone else’s. As everyone’s eyes are drawn the same, so are their faces; hairstyles and sartorial choices distinguish one figure from another. In place of eyebrows that could be used to convey facial expression are these Sanrio-style glyphs I didn’t initially realize were supposed to be eyebrows. What makes the male character “evil” in the eyes of our protagonist is that he is more popular on Instagram, and stands in the way of her achieving her own goals of Instagram popularity. 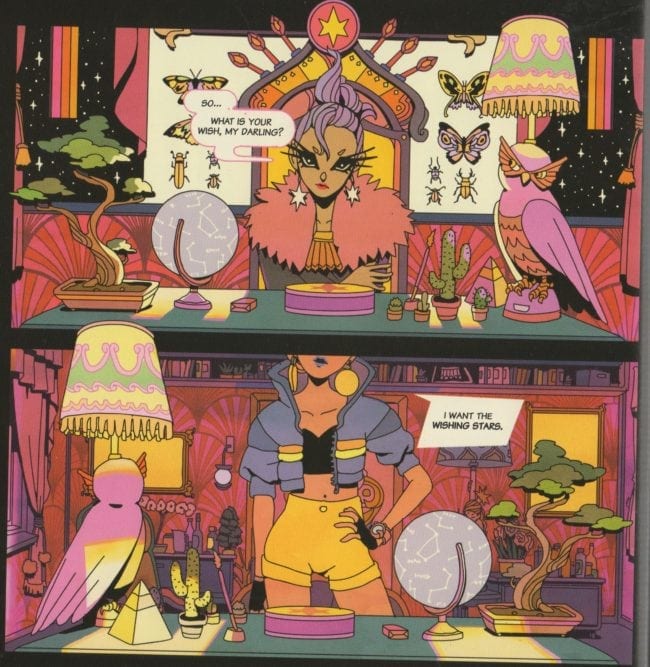 To that end, she seeks a large quantity of “wishing stars” to help her achieve this end. It doesn’t really make sense, except in the vague way where a person can be a soda by being emblematic of the soda’s brand. It’s also recognizable as being based on video-game mechanics. She ends up getting these wishing stars. A large quantity makes her hallucinate, and she fights women who have stars over their faces. It's a design choice that readily distinguishes them from her, but still doesn’t really assuage the criticism that all these characters have the same face. The primary appeal of the comic is watching the main character navigate a space, and so it shouldn’t surprise that while almost all of the bodies depicted here are female, it would be a stretch to call them characters. They’re set decoration, best understood as obstacles. Their “personalities” are the same as our protagonist’s. They are all, essentially, bitchy, casually cruel, and rude, and offer no sympathy to one another. Our main character is defined by her desire for popularity, here rendered essentially as an abstraction of follower count, rather than the far more human desire to be liked. This quest is characterized as “psychedelic” by the text summary at the start of the book, though a better descriptor would be “vague.” The psychedelia refers, as it so often does, to the book’s color palette, and the presence of ingestion of substances as prelude to hallucination as what might be generously called a “plot point.” There is nothing mind-expanding or even challenging to preconceptions to be found here. 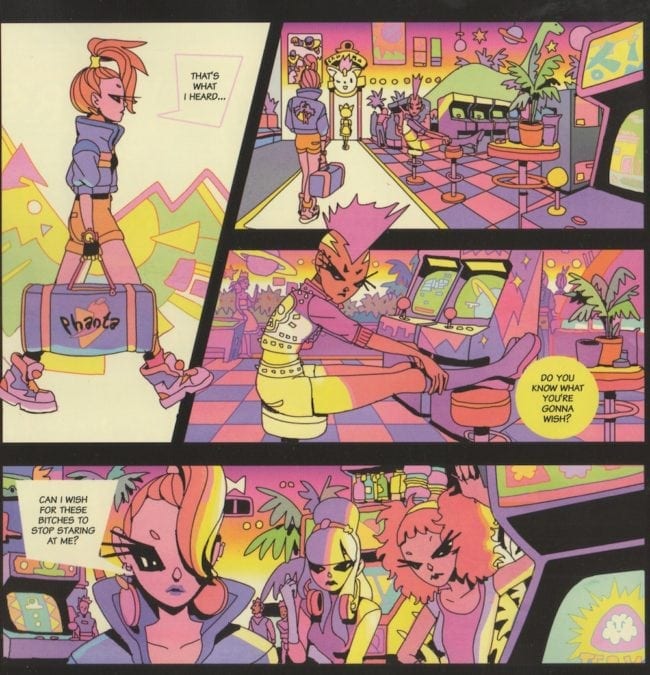 Such a summary suggests this is an allegory for the way social media gamifies the search for approval. However, I’m not sure how valuable an insight that is, considering it’s marginally harder to parse that metaphor from the book than it is to just intuitively grasp that idea immediately upon having any experience with social media at all. The game in Phanta’s Story is a side-scrolling beat-'em-up rather than something purely numbers based. I don’t think the book is intended as satire. By positing a narrative, and presenting this incredibly petty desire like some sort of Joseph Campbell quest, it betrays its own pettiness and limited imagination, an inability to think outside the most tedious structures of modern distraction. There’s also this veiled sort of sexism where if anything is being ”critiqued,” it’s women, because women are the subject. The reason for women being the subject, of course, is the artist likes to draw them, and their beauty becomes a part of his style, related to fashion or pop music. It’s his brand! So, too, is the name “Roly Poly,” which doesn’t mean anything narratively but appears throughout the book, in the uninvited manner of a pop-up ad. The gloss of the pages and the brightness of the colors brings you as close as a book can get to the experience of gazing at a screen, and the narrative provides the spiritual nausea that subsequently follows mindless scrolling.

Let me talk about my own personal brand for a minute. Within the last several months, I’ve written about two comics, Dilraj Mann’s Dalston Monsterzz and Jim Mahfood’s Grrl Scouts: Magic Socks, which were very aesthetically similar to this one, and which I criticized on basically the same grounds. At this point, it seems like I should essentially expect comics that look like these to have these flaws. This comic looks like if Jamie Hewlett’s Gorillaz had to accommodate a Kylie Jenner feature. If I want work that offers insight, I should look elsewhere. Luckily, alternatives do exist. If you want to read a comic with a bright color palette and easy-to-parse visual storytelling, you can just read A. Degen’s Soft X-Ray/Mindhunters instead, which actually has ideas animating it that give it a reason to exist. When that comic gives names and meanings to its cartoon adventurers that are in conflict with one another, they’re ideas, not fictional but basically real sodas. It does not feel like a coincidence Degen's catchphrase online is “I quit Twitter.” If you want a critique of how modernity manufactures envy and desire in women, I would direct you to Aisha Franz’ Shit Is Real for a far more nuanced and human vision. It’s also moving, which a book should be, if it’s about longing and deep loneliness, which is the true end result of all this bullshit.

The ending of Phanta’s Story is the main character becoming popular enough that she’s granted membership in a K-pop group. Theoretically we could get more stories set in this world, but I honestly doubt enticed readers, may God have mercy on their souls, will ever receive a satisfying story there. Roly Poly feels like it exists as a calling card for art directors at advertising companies who might be intrigued by the styles found within comics, but find out after inquiring that the best artists have too much integrity to have their work be associated with corporate clients. It’s a LinkedIn profile announcing, "I have no scruples.” However, if you work in advertising and are wondering if this book made me want a Fanta, the answer is it didn’t. If you work in comics and are feeling bad about your work due to the supposed popularity or success of other people, before you’re tempted to replicate work like this, either delete your account or just install an ad-blocker. 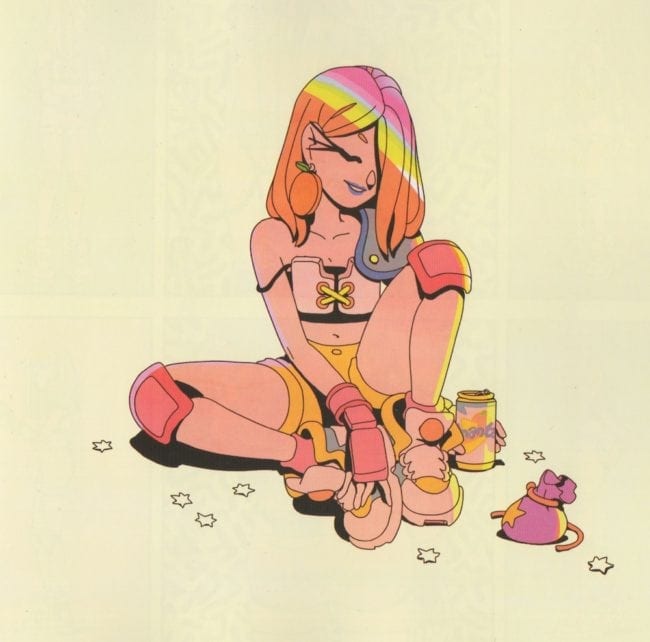 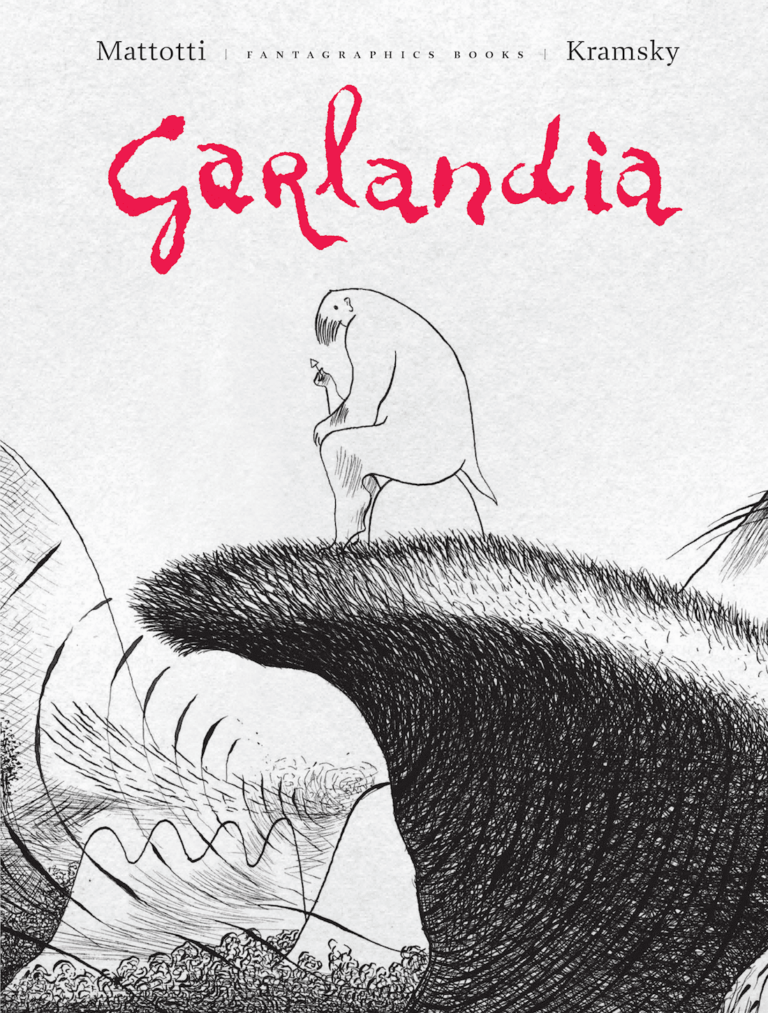 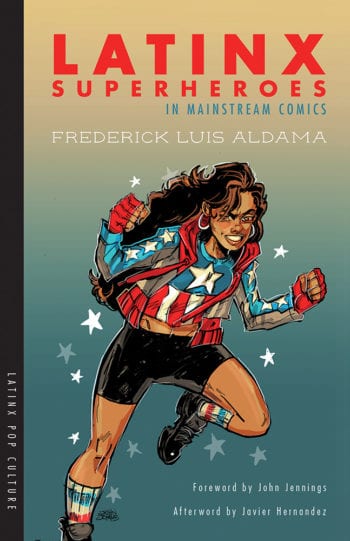