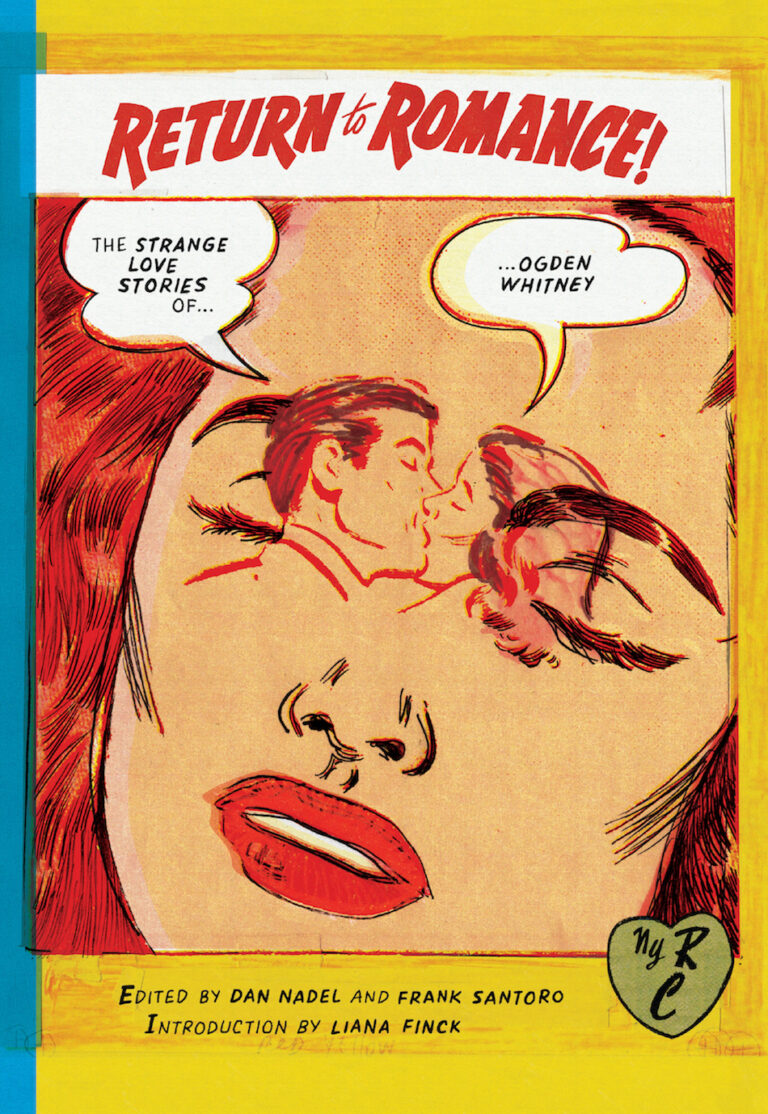 Although I am an avid lover of humor, sci-fi and horror comics, I had not delved into romance until recently (smut, its transgressive step-sibling, is another matter, and a topic for a different day.) Tasked with drawing a weird love story for an upcoming anthology, I realized how little I had read in the genre, and set to rummaging through my long-boxes for research material. As a compulsive collector, I hoard the comics I buy at shops, thrift stores and junk sales for years sometimes before reading them, and I was excited to find an issue of DC’s Young Love from 1967 and Charlton’s I Love You from 1964 buried in the wreckage.

To say I was disappointed with their contents is an understatement. I should have expected the phonebook style drawing, wooden dialogue and universally saccharine endings, but I was still caught off guard. Teen humor comics had left me besotted with strong-willed firebrands like Bunny Ball and Betty and Veronica, so I wasn’t prepared for the bland-as-milk ciphers with generic features and even more generic names that populated the pages of my romance comics. The yearning young WASPs with sculptural hairdos and their objects of desire-all of the Chucks and Randys and Marvins blended together to form an Adam and Eve of blandness,  an ur-couple sleep-walking across a sound stage, enacting the same domestic rituals over and over, like Bud the zombie in Day of the Dead whose encounter with a telephone represents his last link to a forgotten humanity.

Right as I was writing off the genre entirely, serendipity arrived: Return to Romance, a collection of Ogden Whitney’s romance comics edited by Dan Nadel and Frank Santoro, with a show-stealing introduction by Liana Finck landed on my doorstep. The book, published by the always-reliable New York Review of Comics, collects 9 stories drawn by Whitney and likely written in collaboration with Richard Hughes, his editor at American Comics Group, where he worked from 1950 until 1967, steadfastly churning out books in near-total anonymity. 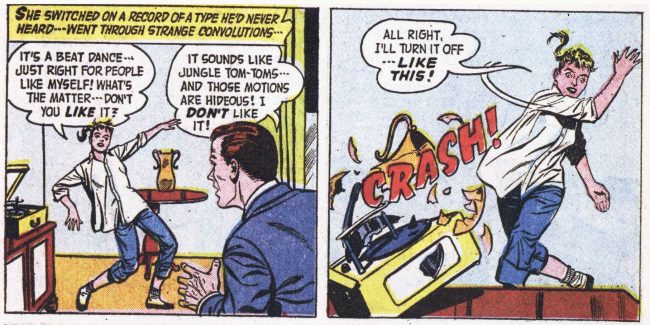 And therein lies the real love story for me. The ardor of a comics-lover for a forgotten but deserving artist, and their passion to bring him or her to a wider audience. It happens in every medium, but the conditions were so dire in comics, with artists working so hard and so fast for such small rewards, that even those with successful careers often died poor and in relative obscurity. Every cartoonist secretly hopes for a Santoro and Nadel--someone to advocate for their work when they are unable. Bill Boichel, owner of Copacetic Comics in Pittsburgh, who collected the floppies from which these stories were culled, also deserves a mention.

This is not the first time Nadel has gone to bat for Whitney. In his 2005 collection Art Out of Time, he introduced many of us to Herbie Popnecker, the rotund adolescent with the magic lollipops, whom Whitney claimed was based on himself. The artist, who struggled in his latter year with alcoholism and mental illness, seems to have channeled a unique brand of anxiety into his romance comics. While the stories I encountered in Young Love and I Love You were light pieces of fluff about chance encounters on trolleys and jealous friends at parties, the stories in Return to Romance are psycho-sexual powder kegs. The title story in particular, featuring Astrid Franklin, a wife so devoted to caring for her husband Stan that she neglects her appearance, practically driving him into the arms of a more attractive woman, would be absolutely hair-raising even if Astrid didn’t then go on a punishing doctor-prescribed fitness regimen in the hopes of winning him back. 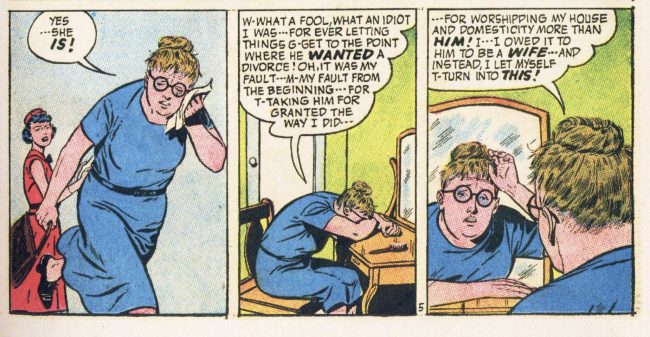 Ken Harrison, the protagonist in “I Want a Real Man”, serves as the male counterpart to Astrid Franklin. After accidentally killing a man in the boxing ring, the kind-hearted pugilist, overwhelmed with guilt, renounces his former life and takes a job as a secretary at a fashion house, Roxanne Frocks, where he endures endless verbal abuse from the company’s president, Roxanne Farr. The “happy ending” here is that is her constant attacks were all part of Roxanne’s plan to help Ken reclaim his lost virility. Both characters are badly punished for stepping outside the bounds of conventional gender roles. Roxanne’s viciousness is so over-the-top that one can’t help but wonder, hopefully, if Whitney really didn’t secretly intend her to be a villain.

Nevertheless, the desire, the yearning on the part of the men and women in Whitney’s stories, to be anyone but themselves, to almost literally claw out of their own skin, into a better, more prosperous, more fulfilling existence, is deeply relatable. Is it a product of being raised in a capitalist society, where happiness is always only a product away? Or is it the human condition? I suspect both, but largely the former.

It is a struggle for some of us to assimilate, to live up to the expectations of gender and social norms foisted on us from birth, and with his exquisite craft, Whitney communicates that struggle in every facial expression and nuance of body language. His highly competent figure drawing would run the risk of blandness if it weren’t for his fastidious attention to detail. Astrid Franklin’s slumped carriage, her dry, unkempt bun, her conservative, unflattering dress, the worry-lines in her forehead-all of these elements bring her character to tortured life. Whitney’s figure drawing also shines in Beat Romance, the story of academic stuffed-shirt Benjamin Winters, charged with hosting a colleague’s daughter, Cindy Lamb, a beatnik with secret. With her outsized, rebellious gestures, Cindy turns Dr. Winters’s world upside down.

As Liana Finck states in her introduction, reading stories like Return to Romance can be a unique form of psychological torture, especially for women. But as she also admits, they serve as a form of catharsis as well. Watching Astrid, Ken and others go to outlandish lengths to remake themselves is oddly comforting. Their torment is a reminder that although there is still a long way to go, and conservative lawmakers are working to have us regress, popular attitudes about gender roles really have changed dramatically since the McCarthy era. 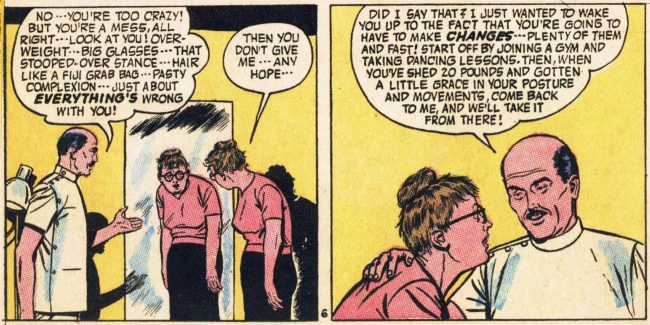 Knowing I was intrigued by Whitney’s dark fables, a friend loaned me the first and 2nd volumes of Young Romance, collections of Joe Simon and Jack Kirby’s romance comics edited by Michel Gagné, and published by Fantagraphics books. I was interested to learn that Simon and Kirby basically invented the genre in an attempt to win female readers post WWII. The iconic duo churned out romance stories imbued with the urban grit of Kirby’s own Lower East Side New York upbringing, using the genre as a vehicle to tackle the complex social issues of the day, and Kirby’s buxom, pencil-waisted dames brought a measure of heat to the proceedings. But with the comics code in 1954 came an almost dizzying array of proscriptions against everything from “werewolfism” to “suggestive postures”, effectively neutering many titles across all genres.

Simon and Kirby cleaned up their act, scrubbing their romance comics of unrepentant hedonists and unhappy endings. I can’t help but wonder how much the code impacted Whitney’s work, and if he would have done things differently without the puritanical restrictions imposed on all cartoonists of the era. I also can’t help wondering how deeply influenced Whitney was by Kirby. His story “Never too Late for Love”, about Meg Foster, a homely spinster aunt who becomes the guardian of an ungrateful, money-hungry niece, only to have the object of her desire snatched away by the younger woman, is eerily similar to the plot of “Boy Crazy”, a Simon and Kirby story. This, of course, is to be expected. The real triumph of an artist working in genre is not to create something new out of whole cloth, but rather to cut and sew scraps into new and surprising garments. 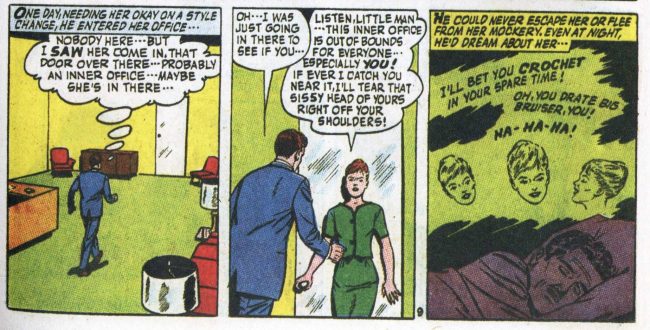 Love seems to have changed Whitney’s life. He married his wife Anne in 1958 when he was aged 40 and she was aged 42. That same year he created Herbie Popnecker, his visionary anti-hero, the fat, unloved kid who travels across time and space to lackadaisically defeat his supernatural enemies. I’m not terribly interested in separating the art from the artist-I’m desperate for road maps to life and love forged by the strangers toiling before me. One could argue that love sparked Whitney’s creativity, and that it proved his undoing. After Anne’s death in 1970, the artist descended further into darkness, dying in a mental hospital five years later.

Anyone who loves comics is no stranger to the pain lurking under its surface, the hint of madness it takes to sit in a small room for days on end while time melts and stretches like taffy. Ogden Whitney was a singular talent. He deserves our love, and I’m grateful to Nadel, Santoro and Finck for bringing that fact back to light. 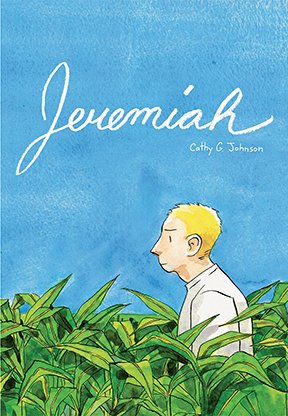 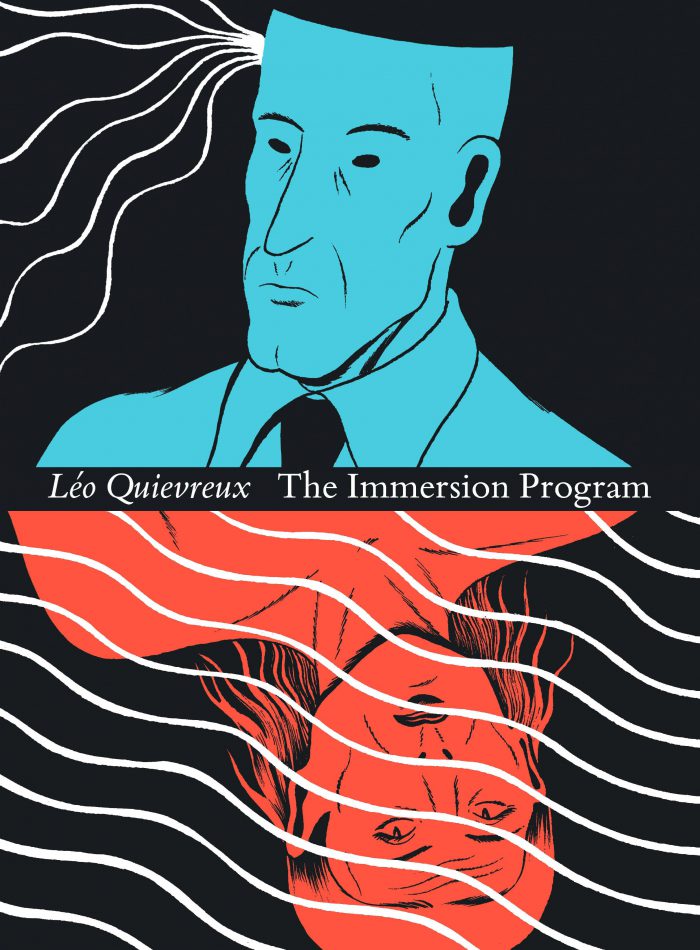