Roman Muradov's comics are often viewed as being cryptic, but they appear much less complicated if you take a closer look at what the artist is driven by: topics mainly revolving around duality, depicted in a style which simultaneously assembles and disassembles spaces.

If you're openly emphasizing your disregard of conventional narratives – or any narrative at all – by provocatively toying with your tinder status between you, a.k.a. the author, and the reader, then you might either be concealing the fact you are unable to come up with something being worth telling, or you're Roman Muradov, who did exactly this when estimating the comparability between his work and its readers at 0.12% on the final page of The End of a Fence, his 2015 debut within the Latvian kuš!-mono series.

But as much as this kind of understatement is an aspect of the persona Muradov has cultivated, it was also an indispensable component of the story Muradov is telling in that book: An extrapolation of human relationships in the wake of dating simulations (like the aforementioned tinder app) situated under the influence of extremely contrarian scenarios like The Atrocity Exhibition and Vermilion Sands, both of which are written by British science-fiction author James Graham Ballard. While borrowing its frayed-out structures from the first collection of short stories and adding the elegiac decadence from the latter, both find their match in sentences collapsing after an erratic downhill race into all-devouring sandy oceans of wordplay, visually manifesting as infernal landscapes painted in interwoven streaks of carmine red at The End of a Fence's final.

In a recent interview with Aug Stone for this site Muradov stated his discontent with being too referential. I don't see a problem with this, as long as his stories, though being far from consistent, are as interesting as The End of a Fence and aren't set on planet Merz-Bow, for example. 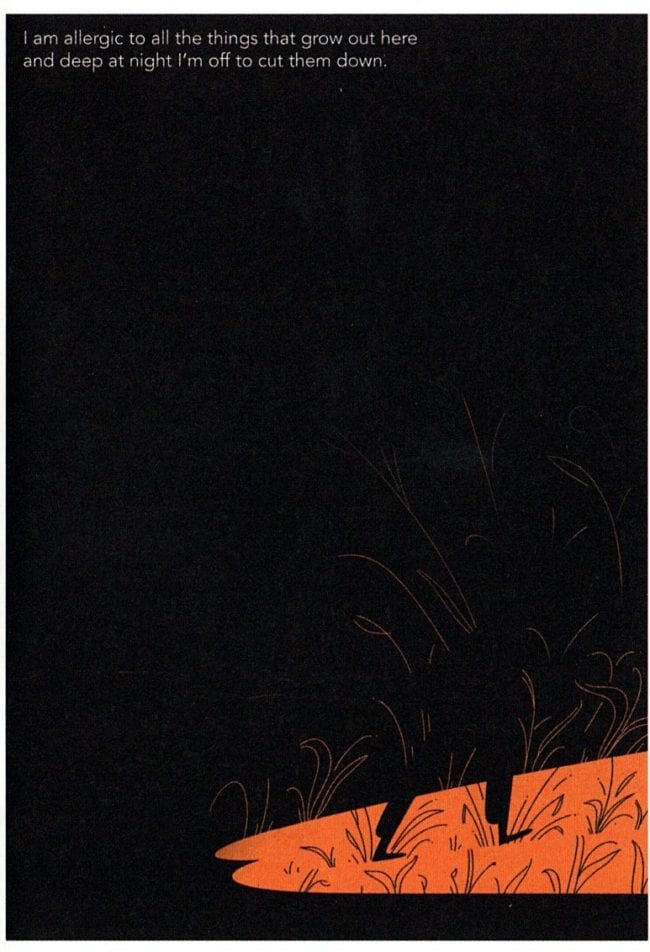 Muradov, who, according to his twitter account biography, is a producer of “Best Armenian Comics”, also does lots of illustrative work for renowned magazines and newspapers and seems to be slightly annoyed by just reducing him to that activity, as he was stating once in a twitter conversation with yours truly. In the same thread he made a significant remark about reading comics in foreign languages: “I kind of prefer comics I can't read, this way I can't ever be disappointed in their writing.”

This makes up for an instructive preamble to his overall approach in storytelling, showing its renewed presence in his latest comic, Resident Lover. The title appears to be a short story within a just slightly longer short story, where every page would work as a stand-alone entity of art and feel no less at home in a gallery or on the cover of a magazine. His artistic capability of capturing the perfect moment works to his comics' advantage and makes up for loose ends in storytelling. So, do words really matter in a form trying to outsource huge parts of the narration to cleverly executed methods of depiction while possibly creating new forms of poetry in the process?

"But it's supposed to be the sum of both!," I hear ya argue. Not necessarily. Considering that the imperfection of duality is a recurring theme in Muradov's oeuvre, the resurfacing rejectionist attitude to interaction is the core point here, which Muradov is trying to explore from several angles. 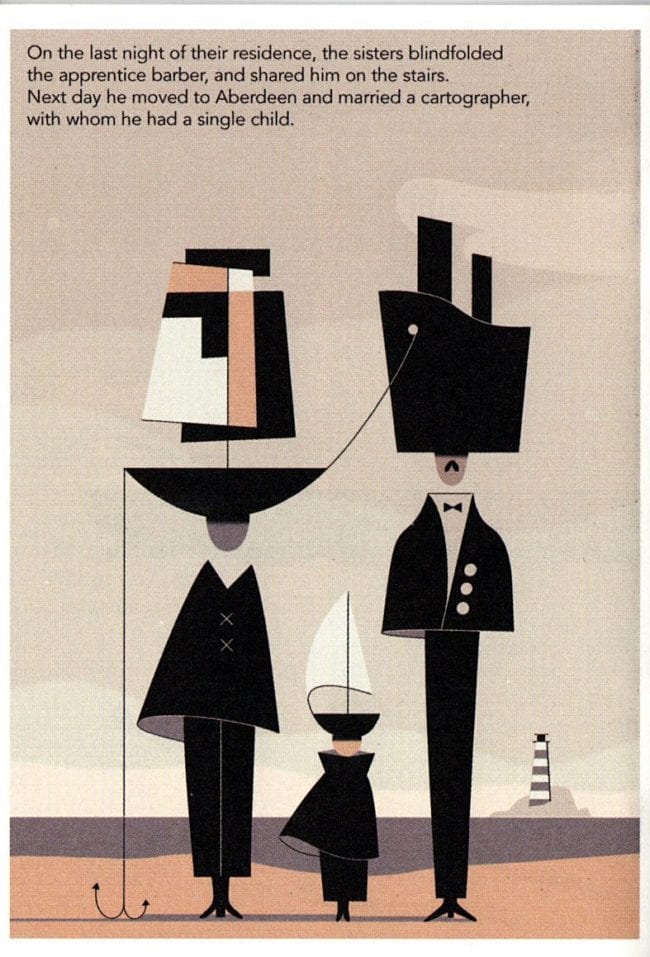 So something is being told in Resident Lover, after all.

After clearing away the framework plot of "my former lover's lover's lover," serving once again as an excuse for Muradov's passion with puns and semantics – i.e. 'the end of offense' – we get a page that perfectly conveys a brooding mood by showing the lower  quarter of a silhouette, spotlighted against an opaque backdrop, only dissipated by a few fragile lines in orange. Sparse writing tells us that the protagonist is “allergic to all the things that grow out here and deep at night I'm off to cut them down.” What's illustrated here is a character locked away from life busily sealing off himself from anything that might work as a stimulus. It could also be Muradov's pitch to DC for a new take on the anti-life equation.

This page also exemplifies his abilities of creating a narrative, in that you could easily spin off a whole book from its basic premise. But the author doesn't seem to be that much interested in further embellishment. He ends up with something being as close to a narration as is possible in the second half of this comic: It's about two women, falsely taken as sisters by third parties, and it marks the return of Muradov's obsession with enforced duality. What connects all of these vignettes, loosely bound together by a style dwelling in segmented separation defined by pattern and colors, is a visible anchor, a defining entity from outside the playgrounds of relationships, like civil marriage, if you so will. This is best witnessed through a family portrait showing the bourgeois nuclear family with ship-shaped headgear attached to their heads, a lonely lighthouse looming in the background.

So, to restore this notion of a solitaire blending into an environment of togetherness, has Muradov ever made an attempt at telling a story in a more or less linear way? Ja. 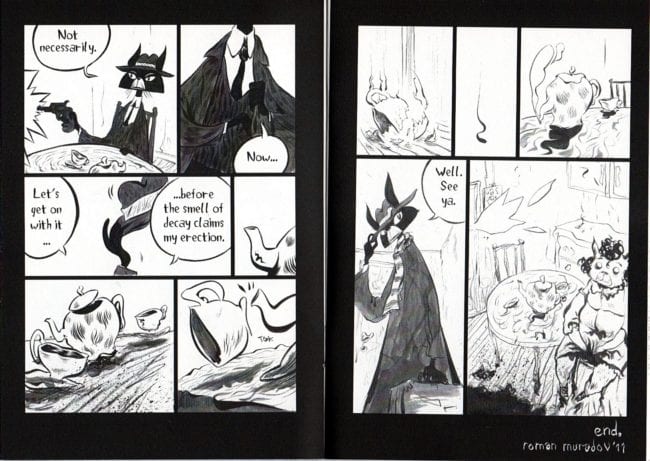 In the fifth issue of Dolor, a short lived anthology from German publisher Rotopolpress, released in 2011. Of course, he condemns the result, being critical of his prior artistic inadequacies, but, as you might have surmised already, this is part of the persona Muradov has cultivated. 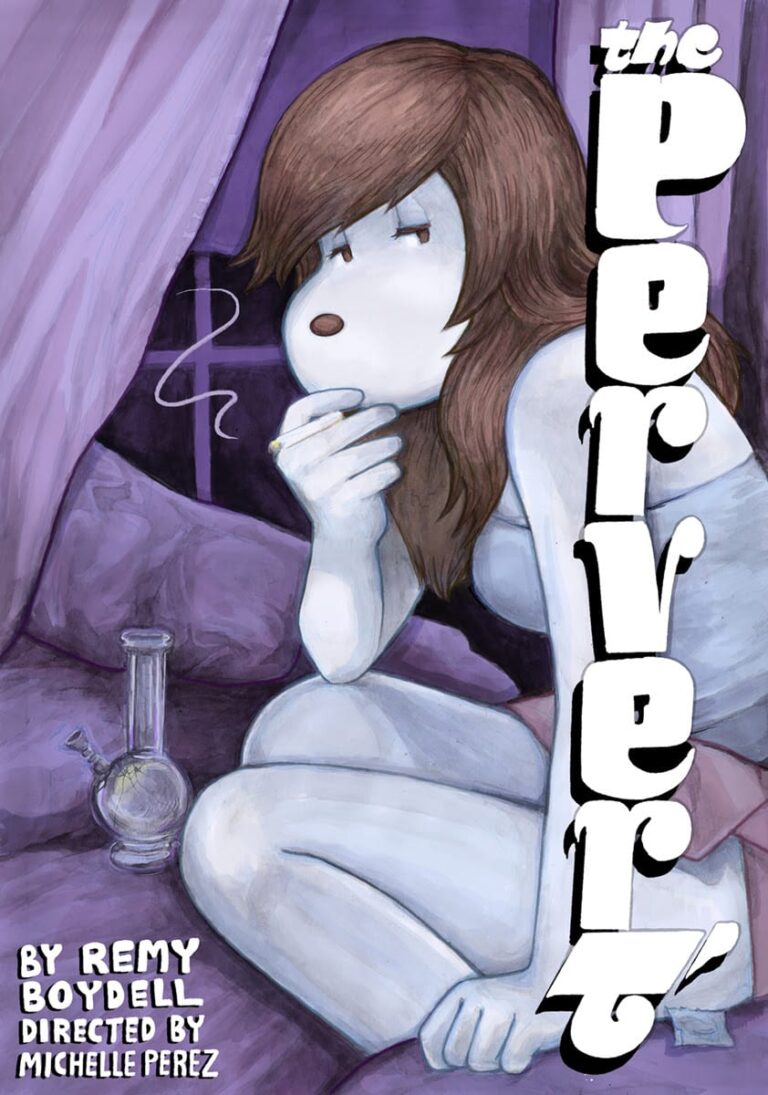 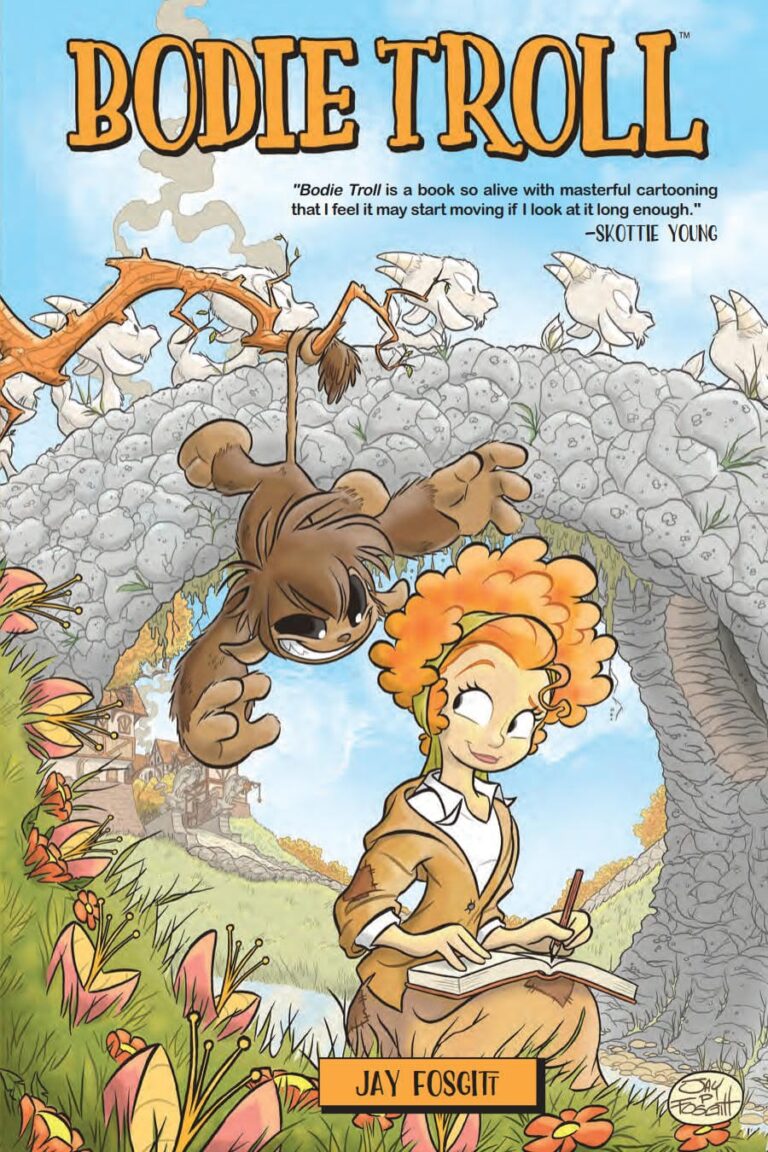