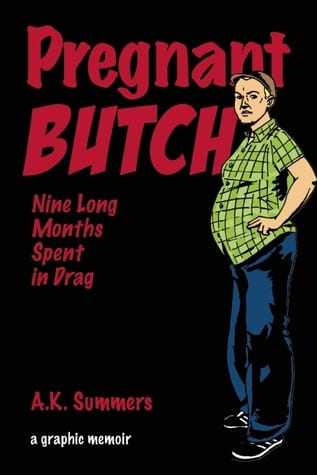 The graphic memoir Pregnant Butch is as direct as its title: a drily whimsical, whipsmart, culturally resonant tale. It’s educational and political, but artist/creator A.K. Summers never forgets she is, first and foremost, telling a story.

Summers began drawing Pregnant Butch in 2005, two years after the birth of her son, and serialized it on the webcomics site ACT-I-VATE starting in 2012. She presents herself as Teek Thomasson, often drawing Teek to look like Hergé’s Tintin (because let’s face it, Tintin is one cool look for a butch lesbian). It’s not explained in great detail why Teek and her no-nonsense femme girlfriend, Vee, decide to get pregnant, but just about every other aspect of the experience is examined in intimate detail, all from the refreshingly unique perspective of “a neurotic bulldagger.”

Teek admits the word “pregnancy” has always made her feel squeamish and offers up alternatives: “Fetal Corpulence,” “Uterine Glut.” Her fantasies of that fetal corpulence endowing her with the “broad shoulders, slender hips and titlessness required to look good in suspenders” (suspenders being part of a “dramatic masculine costume” she covets) are quickly dashed. Worse still, the billowing trousers her expanded stomach require immediately become “clown pants.” Pregnancy is neither pretty nor handsome, though Teek is routinely mistaken for a guy throughout most of her term – a fat guy. She endures indignities other pregnant women of any stripe experience: being refused employee-only restroom facilities by a compassionless bookstore manager, shopping for a midwife among an extremely variable group of candidates, and putting up with a super-enthusiastic, super-annoying childbirth instructor/performance artist. "I just couldn't stand this woman," Teek tells us, and we fully understand. 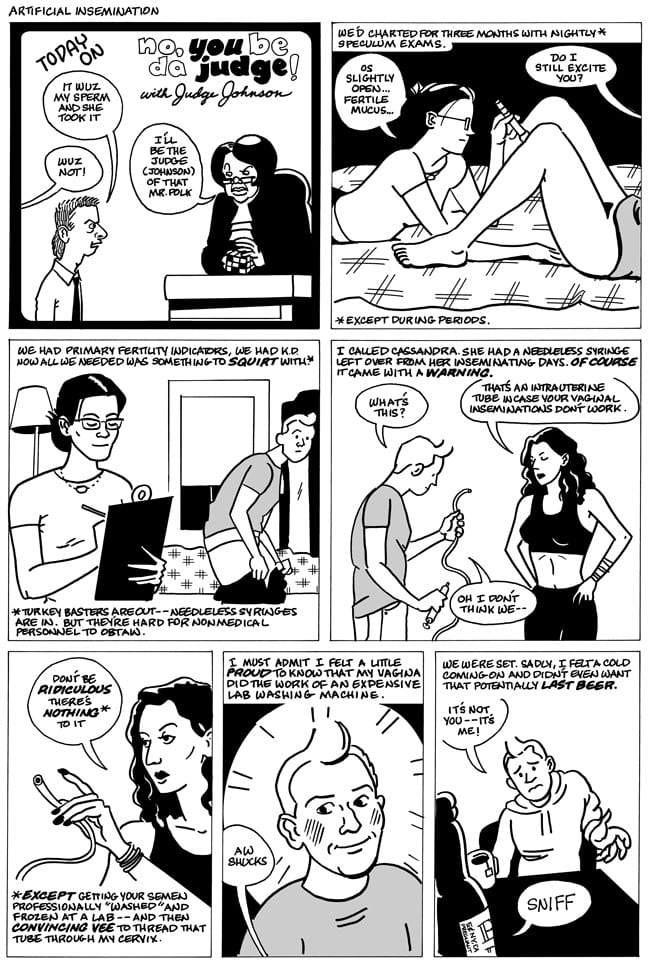 Supporting cast members include Teek’s first gynecologist, the well-meaning but slightly oblivious gay doctor from Manhattan's Chelsea district who Teek dubs “Dr. Gay,” and Teek's buddy K.D. who, because of his handsome face and artistic talents, is chosen as the sperm donor. In perhaps my favorite laugh-out-loud panel, the porn video titles K.D. is offered at one point for sperm-producing inspiration include Ass Salad and Precumsion of Innocence. Teek's eventual birthing is long and agonizing, but all turns out well. In the epilogue, “Postpartum Butch”, Teek acknowledges how challenging her pregnancy was, but also notes that it was worth it, not only for the family she has with Vee and her son, but also for the personal growth it afforded her: “I feel like my masculinity got stretched, along with my whatchamacallit.” 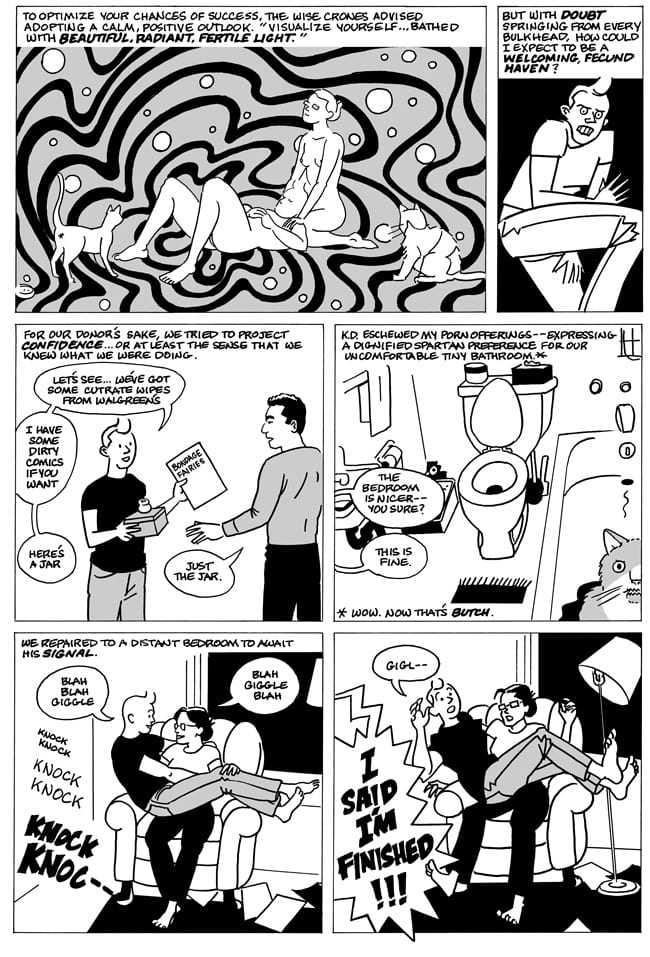 Summers is a fine cartoonist and an even better writer. She seamlessly shifts from a straightforward webcomics style to more realistic rendering as well as direct homage to Hergé as needed, but always with purpose; she's no fussy formalist or show-off. Her story's pace is assured and her keen sense of humor shines throughout even the most fraught confessionals. Pregnant Butch also marks something of a comeback for Summers: anyone out there who kept up with the queer zine scene of the early '90s might remember her minicomic Negativa: Chicago’s Astute Leszbo Fantasy Mag. I’m personally amazed that she’s popped up in a wholly different alt-comics scene after all these years. You can never count a good cartoonist down! (See also Mimi Pond, whose new graphic novel Over Easy marks her return to comics after a decades-long absence). 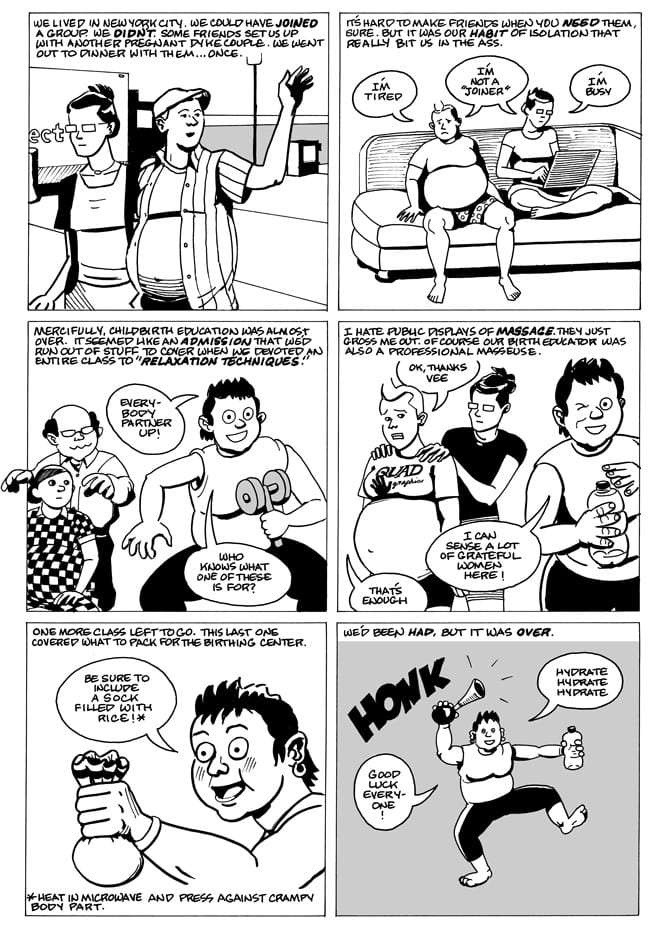 In her introduction, written in July 2013, Summers acknowledges that even in the ten years that have passed since the events of this story, an enormous amount of cultural changes have occurred in the U.S., mostly for the better, including the repeal of restrictive laws and policies like Don’t Ask Don’t Tell and the Defense of Marriage Act. As she puts it: “There is simply no mistaking 2013 for 2003. Despite its diaristic immediacy, Pregnant Butch clearly depicts another moment in time.” It is instructive that even as she states that twelve states have passed gay marriage laws, that number has since risen to 17 (with more states awaiting appellate court decisions on the issue). She also notes that while LGBTQ people have gained ever-widening acceptance in the larger culture (with a long way to go) there are generational shifts in the queer subculture, and her use of the term “butch” is actually a bit anachronistic for the younger generation, with female masculinity now being reframed as a transgender issue. Summers admits that her identification as “butch” marks her age and her investment “in a sexual culture that is less common than it used to be.” This all contributes to the ultimate reasons she decided to tell this story: “to get the experience down because I felt alone in it… to add to the stories of pregnancy that acknowledge the real pain of dislocation many feel and are discouraged from describing," and “also to draw myself as Tintin.” That her story also neatly pins down a moment in time before the culture dramatically shifted is serendipitous, and she makes the most of it. A.K. Summers is a smart, articulate, very funny cartoonist and her Pregnant Butch does the comics body politic proud. 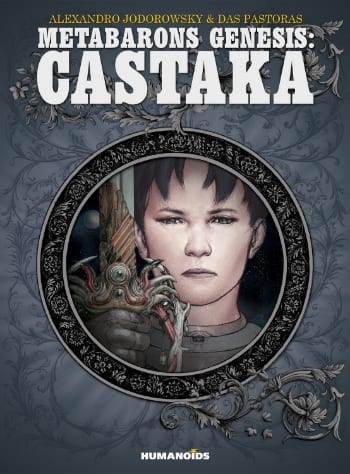 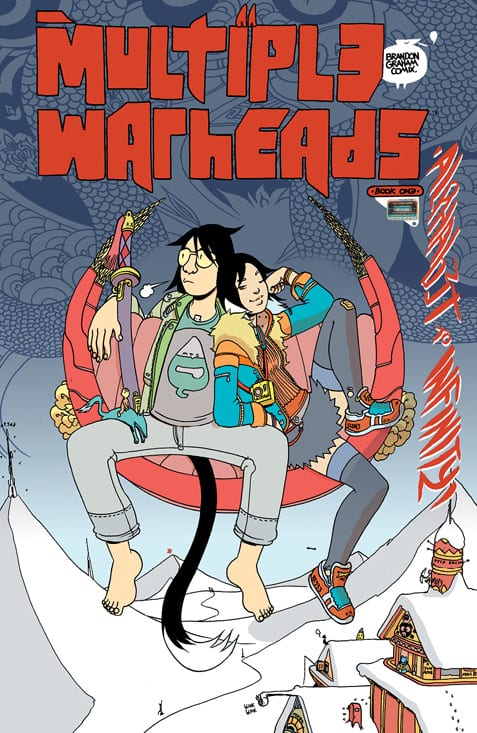