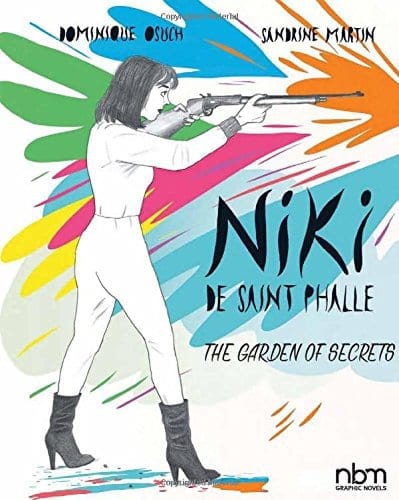 Writing a biography in comics is tricky. How does one cram the essence of a life into under two hundred pages? Is it possible to get across just why a person is important? Furthermore, how is the task complicated with a separate writer and artist? In Niki De Saint Phalle: The Garden Of Secrets, writer Dominique Osuch and artist Sandrine Martin are able to avoid some, but not all, of the pitfalls of comics biography.

De Saint Phalle, born in 1930, was better known outside the US, despite her half-American heritage and the number of years she lived in the country. She most often simply went by Nike, a name she gave herself as a child as a kind of guardian spirit and playmate that watched over her. She was a multi-media genius and self-taught artist who worked with huge sculptures, performance art, film, and other media, and her works were frequently considered to be shocking and controversial at the time. She was an artist who boldly and directly addressed feminist issues. Her work was bright, colorful and direct. Of her many achievements, her greatest may have been The Tarot Garden in Italy, which features sculptures of varying sizes of all the Major Arcana. Niki made sure the structures and the garden itself were an integrated whole, which was a frequent theme of her work. She wanted her art to be open and available for all to see in public spaces, not stuck in a museum. 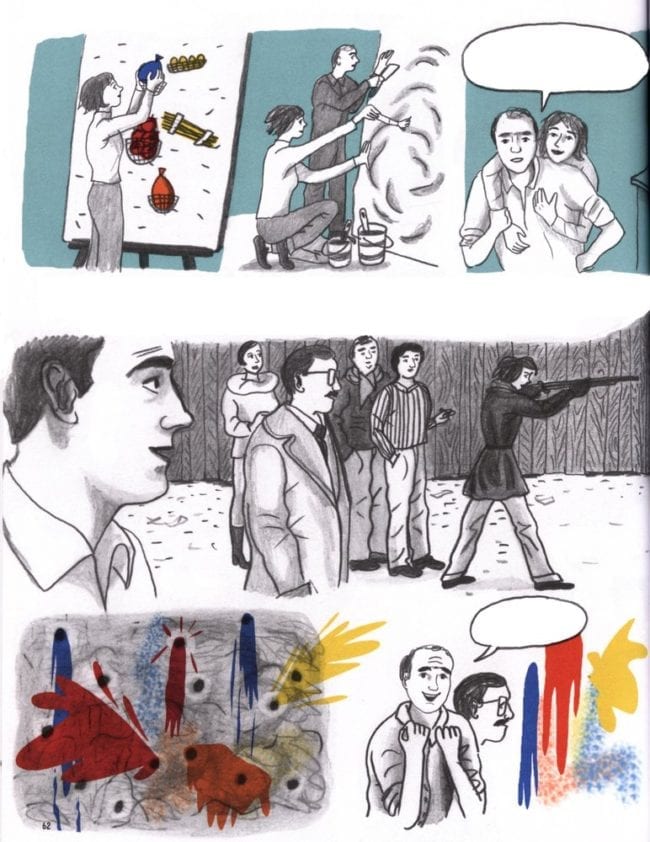 I don't know if it was Osuch or Martin who came up with the idea of heading up each chapter with one of the Arcana only featuring Niki and/or one of the key people in her life in that image, but it's a striking and memorable conceit. Regardless, it's Martin that gives this book its life, as her version of Niki is vibrant, playful, vulnerable, and eternally flirty. She's also an uncompromising genius and visionary, and this is where the book shines. Martin was up to the task of exploring and showcasing just why Niki was such an interesting artist by bringing her work to life on the page. From the big, bulbous Nanas, to her controversial "Shooting Actions" to her enormous ode to femininity in Hon, Martin was up to the task of not just presenting the works in their final form, but bringing the reader through various stages of the creative process. 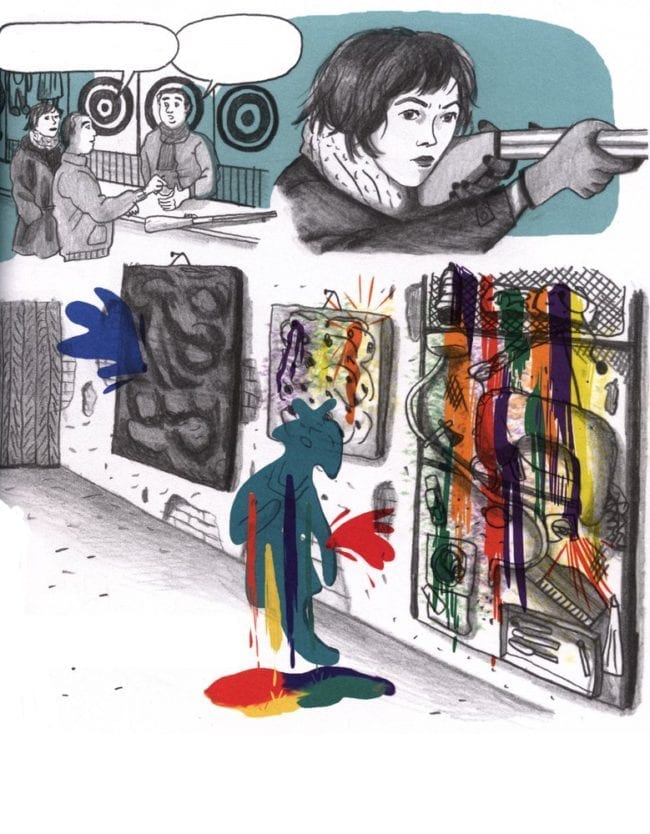 Martin's cartooning forgoes naturalism in favor of an emotionally expressive style. It looks like it's shot straight from her pencils, giving her drawings extra warmth as a result. The splashes of spot color act like bursts of emotion and serve to highlight the vibrant qualities of Niki's paintings and sculptures. Martin also brought Niki's love for her collaborators, family and lovers to life, portraying her as someone who fiercely loved those loyal to her but also someone ultimately loyal to her art above all else. 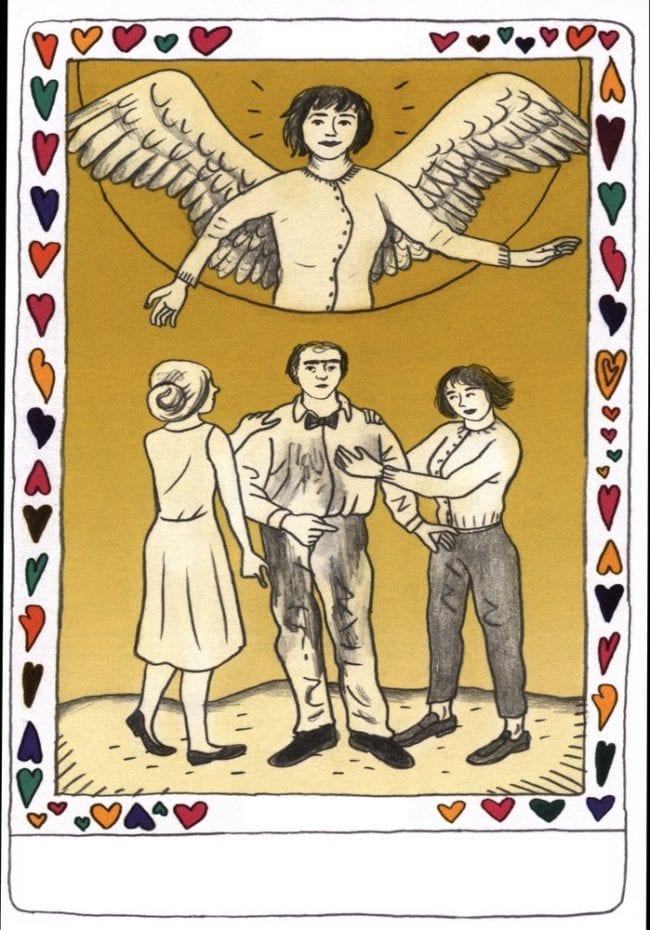 Where the book faces limitations stems from Osuch's attempt to make a smooth narrative of Niki's tempestuous life. The book is told more-or-less from the artist's point of view, even incorporating direct quotes. The sections actually about making art tend to work well, even if Osuch does spell things out in an obvious way at times. (For example, the book's subtitle is painfully clunky and on-the-nose.) However, the attempt to render Niki's life into a story feels stilted and reductive. The sexual abuse she suffered at the hands of her father is reduced to a single scene, and the pop psychology surrounding his appearances feels insulting. It's up to Niki herself to get across her feelings with her infamous film "Daddy", which dealt with the subject in only a very slightly oblique manner.

There are also seventy-plus years of anecdotes and walk-ons to deal with, and those introductions are frequently clumsy. Lines like "You are no doubt correct, Andy Warhol" and "Marella Caracciolo! What a surprise! We haven't seen each other in 25 years!" and "Daddy! You're dead, now, and I never reconciled with you!" get at the leaden way that new characters pop up and then pop out. Those lines at least advanced the plot and/or the theme a little. An appearance by sculptor Constantin Brâncuși serves no purpose other than to acknowledge that he was there when Niki was starting her career. Even worse, much of the dialogue is bent on explaining what people were doing and why, instead of simply being people. They are tools serving the overall story rather than possessing their own agency. There are exceptions, like Niki's granddaughter Bloum and her husband-partner Jean Tinguely, who are every bit as important to the narrative as Niki, but they are overwhelmed by dozens of other figures. 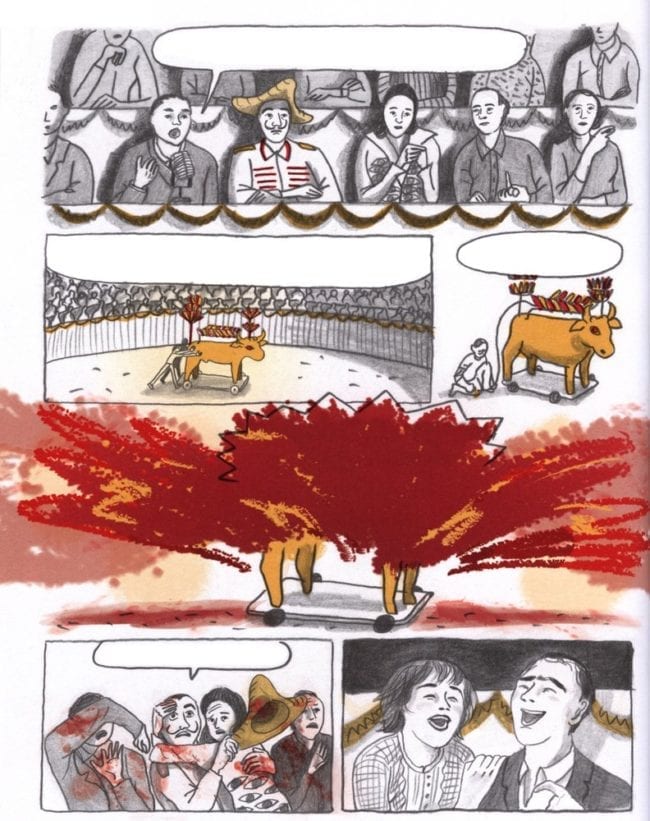 There's so much that this book gets right that it's frustrating to see where it goes wrong. This seems to be a case of reach exceeding grasp, as Osuch clearly wanted to document everything. That was simply not possible, and she compounds that error by overexplaining and oversimplifying complex works and circumstances in an effort to get the reader to have a real sense of the magnitude of what Niki accomplished. She was one of the most prolific artists ever, and trying to capture an entire life's worth of works in a relatively slim volume is just not possible. That said, Martin was an ideal choice for bringing those works to life and showing just why Niki was so interesting. Osuch and Martin together also do a great job in illustrating what a slow and arduous process it was for her to create her most ambitious projects, and that's where the book flows the best. Osuch wanted a highlight reel of Niki's best work, an account of her work process, and a narrative surrounding her love life and childhood traumas. Trying to work the latter in with the first two is understandable, because Niki's work was often so personal, but the result feels like layers of historical and personal data shoehorned into what should have been a focus on the art. 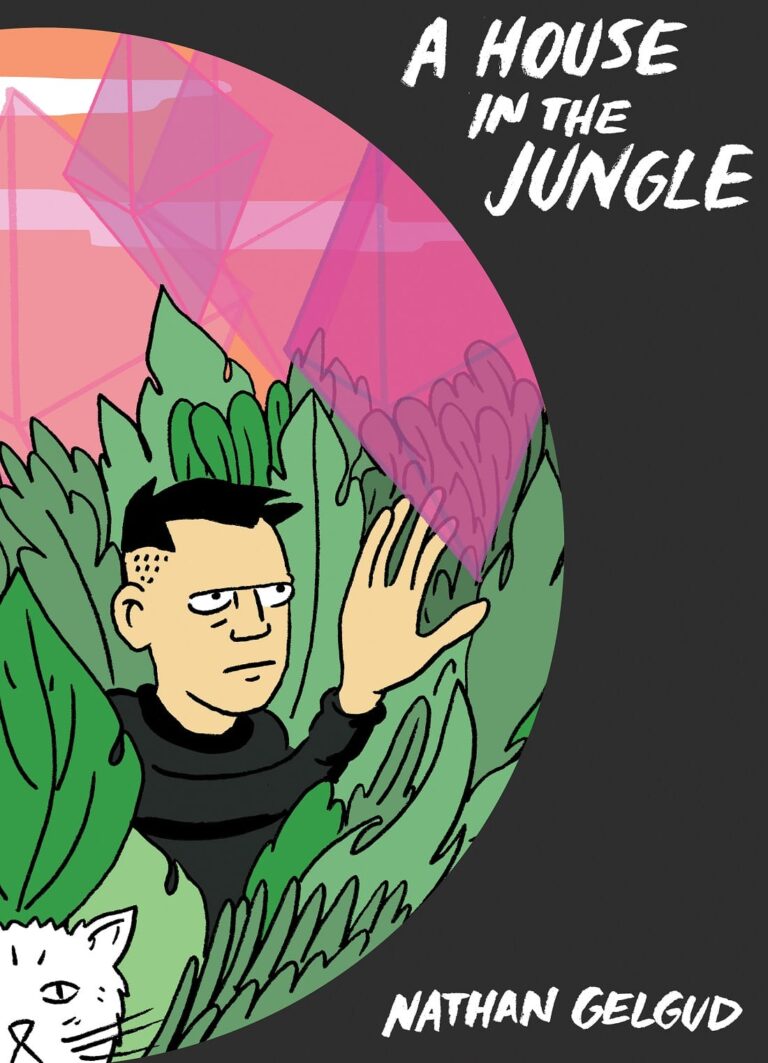 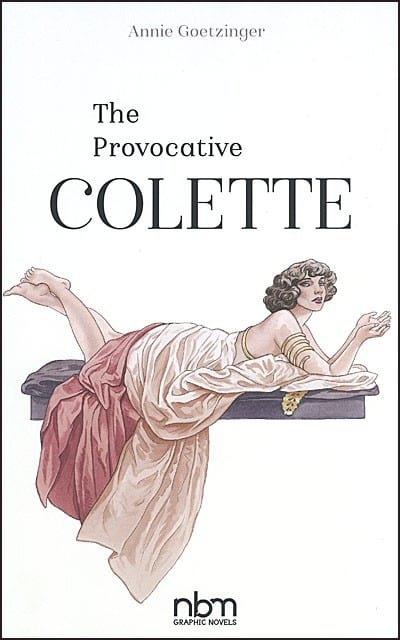