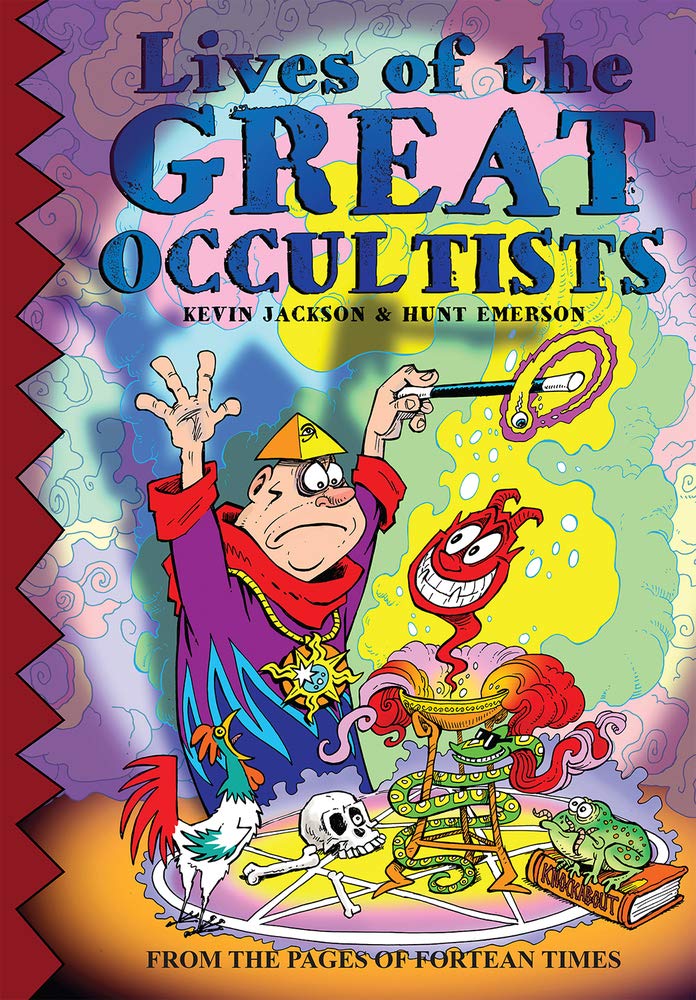 As Gary Lachman points out in his introduction, it’s best to have a sense of humor about these things. And Kevin Jackson and Hunt Emerson certainly do, as they take us through vignettes of the strange and fantastic lives of 42 powerful practitioners of the dark arts. Some will be familiar, of course. Aleister Crowley, for instance, whose infamy earns him, in addition to a main biography, a further seven short sketches concerning his exploits. So wide and varied are these tales, something is bound to astonish you. The panel imparting the information that he managed a girl band who he took on tour of Russia had me Googling to find it is indeed true. Such is Crowley’s influence on 20th Century occultism that he keeps popping up in other characters’ stories as well.

As indeed do writer and artist themselves, as Jackson and Emerson appear again and again on the page to trade jovial barbs about the content they’re producing. Such good natured ribbing is funny in and of itself. For these are ‘comics’ in the oldest sense of the word - they’re meant to be funny, to amuse. In fact the style would be appropriate for children, if it weren’t for the subject matter. Even so, all sex scenes are censored to the point of absurdity. Despite how serious these magicians took themselves, the writer and artist never miss a chance to get a joke in. Lots of them being genuinely funny, or wonderfully appalling such as the name of Crowley’s curry restaurant. The humor comes from the common man trying to comprehend this out-there stuff, which Emerson really nails in the art. A particular stand-out being the claims of renowned poet W.B. Yeats, himself a member of The Order Of The Golden Dawn, that some of his best poetry was written in collaboration with a spirit and the artwork depicts Yeats and a ghostly figure composing a limerick together. Other times, in the cases of Strindberg and Jack Parsons, the humor comes from just how insane these people were.

Each biography is only a handful of pages long, highlighting the best anecdotes from each occultist’s life. They work best if you have some knowledge of the mystical arts and of this whole ‘scene’ in general. The strips also serve to introduce you to personalities you may not be aware of and would like to explore further. Such as Thomas Hariot and The School Of Night, Scottish wizard Michael Scot who is believed responsible for Long Meg & Her Daughters standing stones, and British prophet Mother Shipton. While most of the cast is male, some very interesting women grace these pages too. The Scottish witch Isobel Gowdie with her ‘elf bolts’, two Voodoo queens Marie LaVeau and Maya Deren, the ups and downs of first American female presidential candidate Victoria Woodhull, Dion Fortune counterbalancing Crowley’s wickedness, even Mary Poppins author P.L. Travers is drawn to the esoteric. Of course no occult survey would be complete without Theosophical Society founder Madame Blavatsky and the four pages dedicated to her are quite silly indeed. The semaphore gag is great.

Other stand-outs include the pages on William Blake, Austin Osman Spare, Carl Jung, and Welsh writer Arthur Machen. Even Orson Welles, William Burroughs, and David Bowie get a feature.

Lives Of The Great Occultists is good fun. Entertaining in both the information given and how those details are presented. Jackson and Emerson seem to have had a blast in making these, showing once again that the best approach to this stuff is with a big sense of humor. 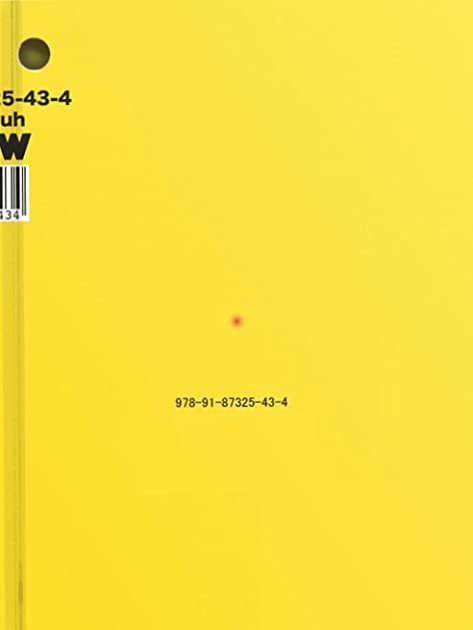 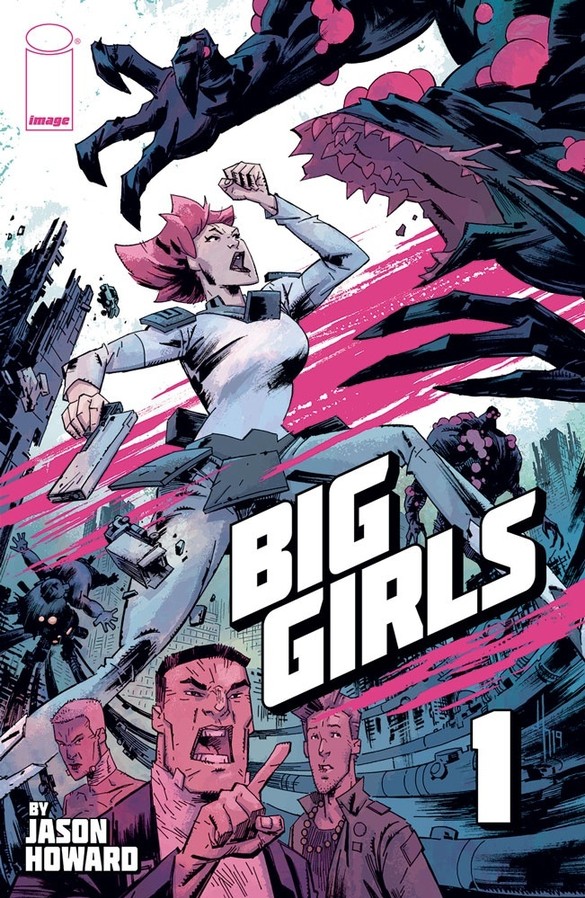