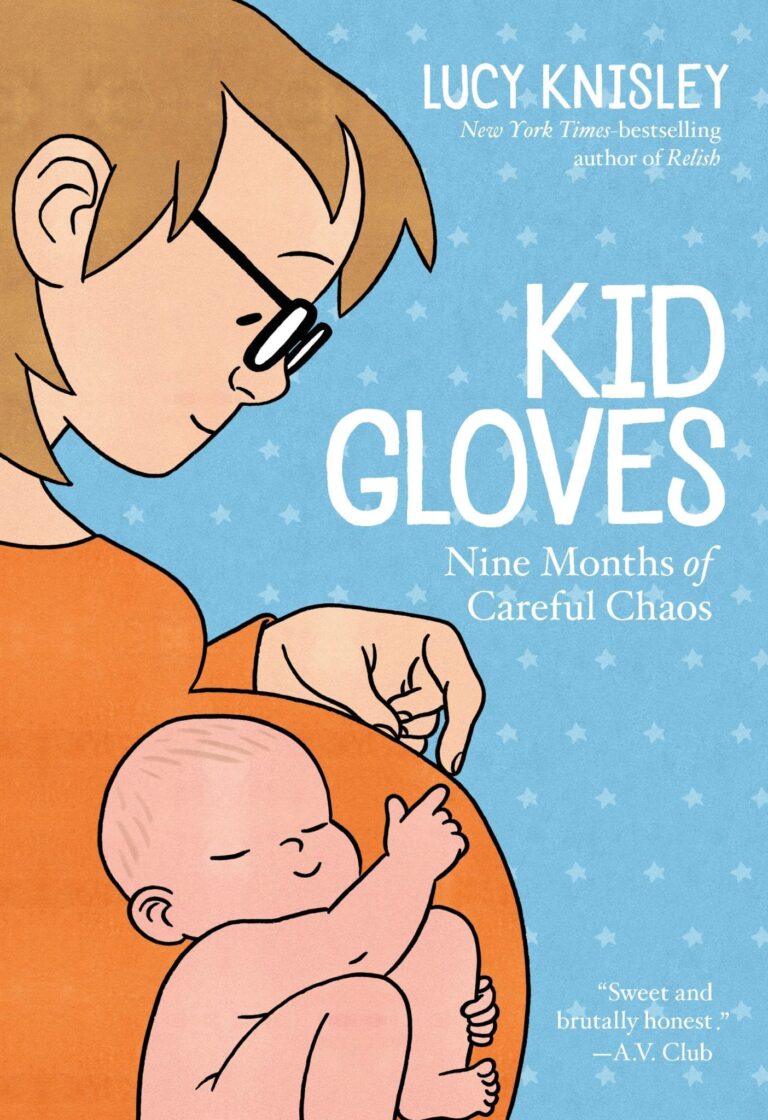 Before I get into reviewing Lucy Knisley’s new book, Kid Gloves: Nine Months of Careful Chaos, I need to own up to something. Until giving Kid Gloves a serious read, I thought of Knisley solely as a memoirist. Her five autobiographical graphic novels recall the mostly charmed twenties of a middle class American white woman.

Knisley has long acknowledged her privilege. "I am lucky. I am aware of that," she writes in 2014’s An Age of License. "Yes, I make work about food and art & travel BUT THERE IS MEANING IN IT if to no one else but me."

And clearly others have found meaning in her work as well. Knisley is an award-winning and New York Times best-selling author. She attended both the School of the Art Institute and The Center for Cartoon Studies. [I did also but we did not cross paths.] Six books by age 34 is no small accomplishment. But here’s the thing — I was wrong about her.

While it’s still accurate to describe Knisley as a memoirist, I now think that a different label makes much more sense, especially with Kid Gloves and her previous book, Something New: Tales From a Makeshift Bride. Knisley is an essayist. Like Joan Didion and Roxane Gay, Knisley often works towards a thesis and richly illustrates it with examples from her own life. And Knisley illustrates her essays in every sense. Knisley has always communicated directly with the reader through narration boxes, rarely telling the story through scenes and dialogue. The word bubbles spoken by Lucy the character serve as a second layer of commentary.

Over the years, Knisley’s art has become cleaner, with less texture and more clarity. She uses a limited but colorful palette and distinctive touches like ribbons emblazoned with text and scratchy stars like the kind kids draw. The rich emotional range she displays in her comics, as well as the realistic but simple clear-line cartooning, remind me of Kate Beaton and Carol Tyler. Knisley has always had a real aptitude for drawing people. In Kid Gloves, she reaches new heights of visual metaphor — from fallopian tubes to paper airplanes — while wisely restricting most backgrounds to simple solid colors.

Her readers have watched and participated in Knisley’s personal and artistic growth. Knisley, like many of her peers, has grown a fandom on the internet. She has been building towards this format throughout her career, starting on LiveJournal in the early 2000s. Kid Gloves is extremely personal, but Knisley has been preparing to be this vulnerable for nearly two decades. Although Knisley now communicates with fans like many artists do in 2019 — through Patreon, twitter, instagram and live appearances — she also benefits from the slow, cyclical publishing schedule of books. 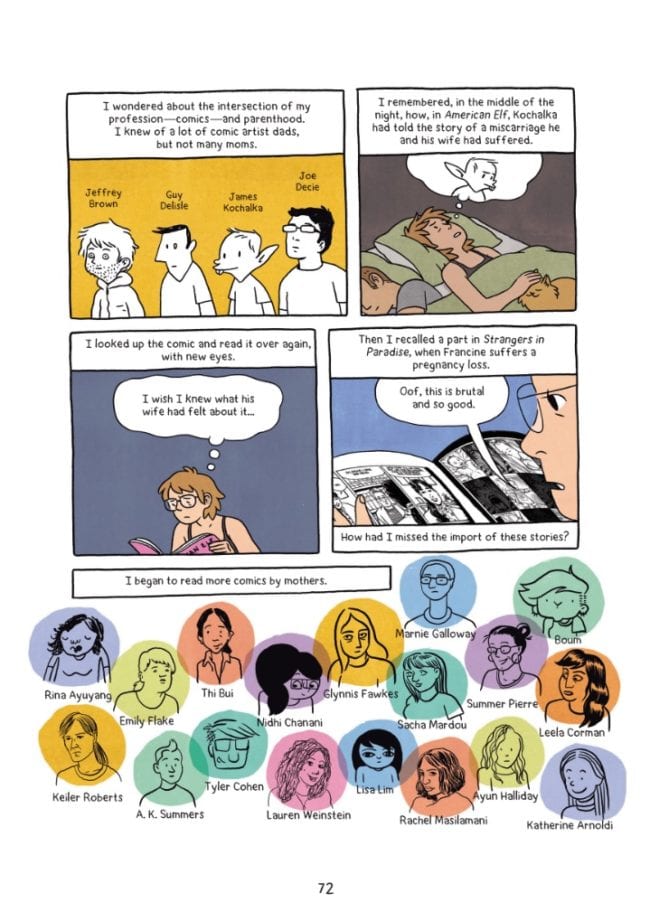 “When we write about our lives, it's a form of time travel,” she writes in Kid Gloves. “We inhabit the body we were back then, and yet we do so from our safe distance in the future." Indeed, we learn from reading the introduction, in 2019, that Knisley safely gave birth to her son (who she calls “Pal” in her work) in 2016.

The plot is straightforward: Knisley and her husband John have several miscarriages, Knisley has an emotionally and physically difficult pregnancy, and baby Pal has a dangerous birth but everyone is healthy and happy at the end. Her experience touches on many issues related to pregnancy, from the dangers of eclampsia to the debate around breastfeeding. For long-time readers of Knisley’s work, reading about these events will be cathartic for a few reasons. First, Knisley is so obviously at the height of her powers as an artist and it’s a joy to experience that. Also, it’s not as if she has kept her desire to have children a secret.

The story of how her husband John didn’t want to have kids and later changed his mind (which had a lot to do with them splitting up and getting back together) was covered in detail in Something New. Knisley addresses the central tension of John's wishes head-on, in a really lovely way, speaking to all adults who choose not to have children: "The us-vs-them mentality of parents vs nonparents is madness," she writes.

So, when a faithful reader sees Knisley struggling to get pregnant, context and resonance simmer just below just under the surface. Similarly, as problems being to mount (I’ll try not to spoil anything here) and the book almost becomes a thriller — except that we know everything turns out OK — it makes for stressful reading.

I have asked myself, would this very dramatic and poignant story be better served in fiction, where it could be embellished with dialogue and surprise? After several reads, I really think the answer is no. The fact that this happened and is “real” gives it immense power. There’s a certain scene that made me tear up each and every time I read it. 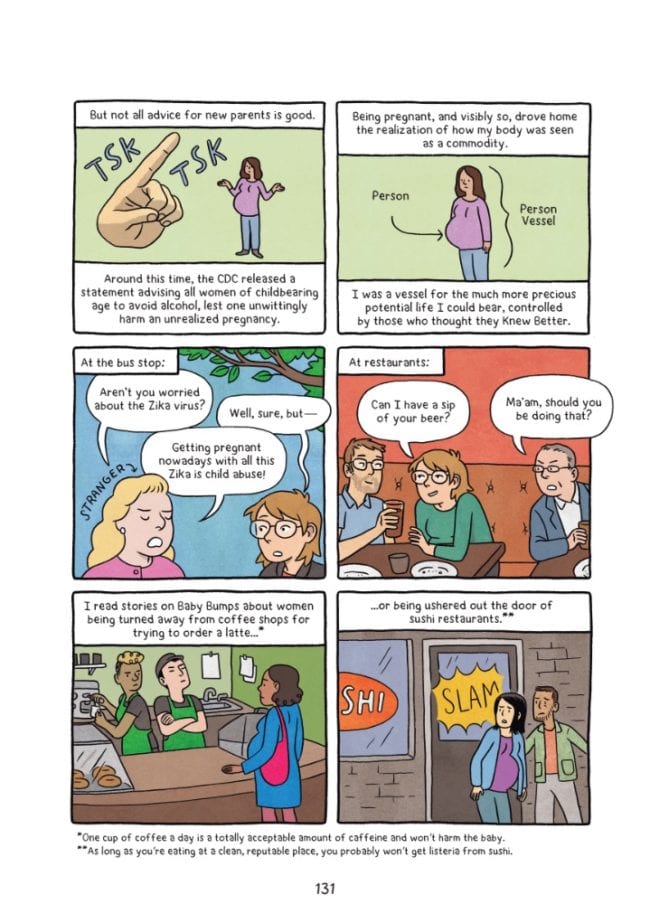 But in addition to Knisley’s personal story, she’s also trying to educate and make an argument. Nearly every chapter is bookended with a section of “pregnancy research.” These sections are a continuation of the interstitial parts of Something New, and even the recipes in her food book Relish: My Life in the Kitchen. Knisley has a clear aptitude for communicating academic and scientific research, but these sections tend to slow things down, a lot. At times, they feel like they belong in a different book. A book, by the way, that I would like to read. A pregnancy research book could have taken more space to fully explore these issues and given them the nuance and detail that they deserve without distracting the from the story.

Should Knisley have attempted to stuff everything into Kid Gloves? Maybe, maybe not. Kid Gloves is a good read, full of pieces that work on their own while telling the story of Knisley’s pregnancy. It may be prone to tangents, but it’s very likely to have a real impact on readers. Someone who’s struggling to find the right birth control will learn about the arm implant here, and another reader will undoubtedly feel comforted after her miscarriage.

Knisley notes in the book that being a mother may slow down her progress as an author. But she also hints that certain subjects will be material for a future book. Who knows? Maybe future books will see Knisley sending Pal off to college or facing down a mid-life crisis as a Millennial auto-bio cartoonist. Whatever the subject, I look forward to reading her essays and the books that collect them. 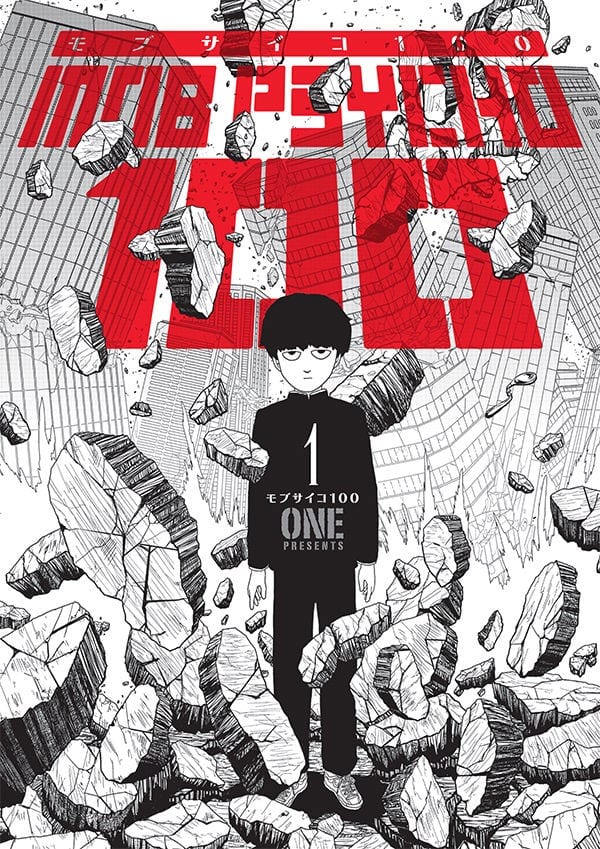 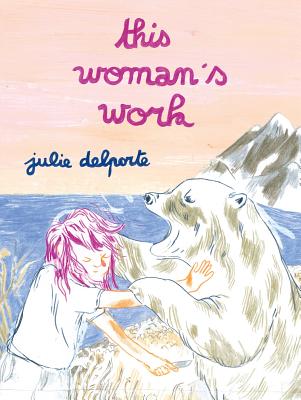