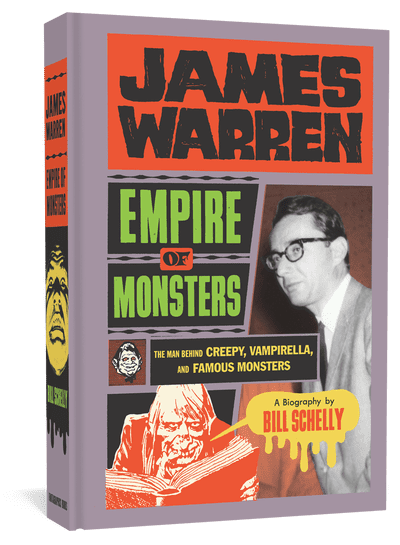 James Warren, Empire of Monsters: The Man Behind Creepy, Vampirella, and Famous Monsters

This is an ambitious book about a figure hardly known outside of the world of pulps, arriving too late for the golden or even silver age of that vast trove of popular entertainment—but not quite too late to make a bundle and lose it. His important moments for comic art are not quite incidental. Warren got to work with the great Harvey Kurtzman and produce or at least distribute Help! magazine. He never quite successfully created the cash cow that he so urgently sought to milk. Still, some life!

Here is some key context. By the time the 1957 recession hit the U.S. economy, the air had been going out of the pulp magazines’ balloon for some time. Racing forward from their origins in the 1910s and 1920s to literally thousands of publications a few decades later, many of them selling a half million or more with every issue, the pulps never achieved the dignity of their opposite, the high-class “slicks,” rightly named for their slick covers and higher general tone. Over time, paper prices were rising. More important, of course, was television. The pulps, as casual entertainment, could not compete.

Young James Warren, a Jewish hustler growing up in Philadelphia, probably would not have believed in anything short of spectacular personal success. A high school kid determined to make a million dollars for himself, he began publishing his own ‘zine, joined the military at Korean War time in order to have a marketable adventure (injured in basic training, he flunked out physically). Soon enough, he launched a Playboy knockoff, viewing Hugh Hefner’s experiment as the great innovation of the time and his lifestyle as just what Warren—a guy who looked good in a swimsuit—had in mind for himself. Hefner successfully walked the line between legal and illegal and had good lawyers. Warren got busted for it.

Undaunted, undauntable, he developed one very marketable idea, decidedly not aimed at the lust-filled men ogling Playboy. With “Monster Mash” on the radio and The Munsters on television, he had found a fad mainly for young kids, boys around 12, just old enough to buy a magazine using their allowances and to be interested in the history of monsters in the old films shown on television.

Thus success, but a success that rested upon one relationship: Forest Ackerman. A figure even stranger than Warren himself, Ackerman had already become a noted connoisseur of monsters and arguably the king of existing science-fiction fandom, then a miniature of what fandom would become in later decades. Together, they launched Famous Monsters of Filmland. It was a real hit, arguably for the same reasons that the horror comics of EC and less artistic counterparts had won wide sales some years earlier—until they were as much as suppressed under the Comics Code.

With that success under his belt and Ackerman at his side, Warren could put his other plans into action. He approached Harvey Kurtzman, freelancing without much success since the folding of Humbug magazine a few years earlier. Kurtzman was not at all impressed with Famous Monsters but wanted to give his vision of a high-class satire magazine a chance (it would turn out to be its last).

It might have succeeded. They even had a young Gloria Steinem in the office! The idea of the satirical fumetti (photos with ironic caption) could have been borrowed from the Italians, who were using it widely by 1960, or it might actually have been inspired by Famous Monsters, and its repurposing of old shots. Help had other, more talented staffers and contributors, young people who would do much to reshape large areas of comedy and comic art, Terry Gilliam (later of Monty Python) to Crumb and Gilbert Shelton, with Art Spiegelman in the wings, arriving a little too late for work on the failing magazine.

A cash/distribution crunch hit Help much as it had hit Trump, Kurtzman’s first post-Mad venture. But this may also be another way of saying that Harvey, the creative genius, could not hold himself on budget or schedule, and that like Trump, Help had great promise but did not quite come together. Between raucous humor and celebrity appearances, there were too many pages of Help that seemed to be filler—even to me at the time, a sixteen-year-old reader. Worse, the “sophisticated” comedy came across like Playboy without the actual nudes, hints that did not become flesh. A stronger magazine would have survived its early commercial crisis, but Help did not.

Warren admired Kurtzman endlessly as an artist, but as a businessman, lost his patience. Besides, the more literary clique around Help regarded the Monsters staffers—never far from Warren’s own persona— as no-taste small timers (not quite inaccurate), and in turn were regarded as snobs, also a fair charge. Kurtzman had become pretty much a career failure after Mad, but he attracted around him intellectuals and artists from New Yorker contributors to high-ranking media figures.

Perhaps, for most TCJ readers, the most outstanding contribution of James Warren, Empire of Monsters is the careful enumeration of the top-flight comic artists who migrated from EC comics or high-placed perches in the superhero mainstream, into the horror mags as well as Help. Al Williamson, Jack Davis, Frank Frazetta, Wally Wood, John Severin, Steve Ditko, Joe Orlando, Reed Crandall… The list goes on and on. It was a tough world for freelancers and Warren had a paycheck for them, if a small one. Forty dollars seems to have been a normal page rate for genius work; then again, rents were cheaper back then.

This reviewer is drawn, by his own proclivities, toward the semi-realistic “war comics” line that followed the EC series edited and sometimes actually drawn by Kurtzman in the early 1950s. Warren himself was not so much opposed to war as to endless war (a familiar theme today). Blazing Combat was also a response, in a way, to the glorification of war as an expression of American patriotism in the Vietnam era mainstream. The Communists sure look bad, cartoonishly so, but the civilians caught between opposing forces (more shadows of EC comics here) get the worst of it, and are not uplifted by American derring-do.

Blazing Combat was reportedly banned from US military bases, and someone (the American Legion had long been active in picketing films directed or written by victims of the Hollywood blacklist) conducted a whispering campaign to the effect that the comic was unpatriotic. It died, in any case.

Warren had to face up to another unpleasant reality. By 1965, the monster fad itself was fading. The Batman television show, an instant hit, struck hard at another side of Warrens’ business, the costumes and assorted “merch” dependent upon kids’ demands on their parents. Warren lost many of his best artists because he could not pay them better. Gamely, he reduced the number of pages in Eerie and Creepy, and came up with one more trend setter: Vampirella.

In a way, he had come back to the “girlie magazine” business, but now censorship had sunk low, and besides, these were only drawings of flesh, no private parts quite fully exposed.

And so he and his empire endured a little longer, with all kinds of sidelines that included a Tiny Tim special and novelizations of comic stories in low-priced paperbacks. Most important for Warren’s outsize ego must have been his frequent appearances at the steadily growing fandom events. He even handed out “Warren Awards,” bragged and griped on the dais about the role of the comics publisher.

Perhaps, in one last stroke of actual artistic-support genius, Warren helped bring back Will Eisner’s work to a mass audience with The Spirit magazine. It was an artistic success if not a commercial one.

By the early 1980s, things were definitely winding down. As Schelly writes,

individual artists like Richard Corben now had comics of their own in comic book stores, whose non-returnable rules effectively changed the nature of the sales market. In 1982, he actually fired Ackerman, a shock to fans at the time. The last of his line of magazines closed at the end of that year. The warehouse of unsold comics went for $110, 790 cash two years later.

Still in his fifties, Warren pretty much disappeared from sight. He would say later that he was glad to see graphic storytelling finally accepted as literature, and offered the hope that he had played a small role in that development. If Warren Publishing could never rival Marvel or DC commercially, he had brought forth new talent, and as a shrewd businessman, probably never paid the artists what they deserved. 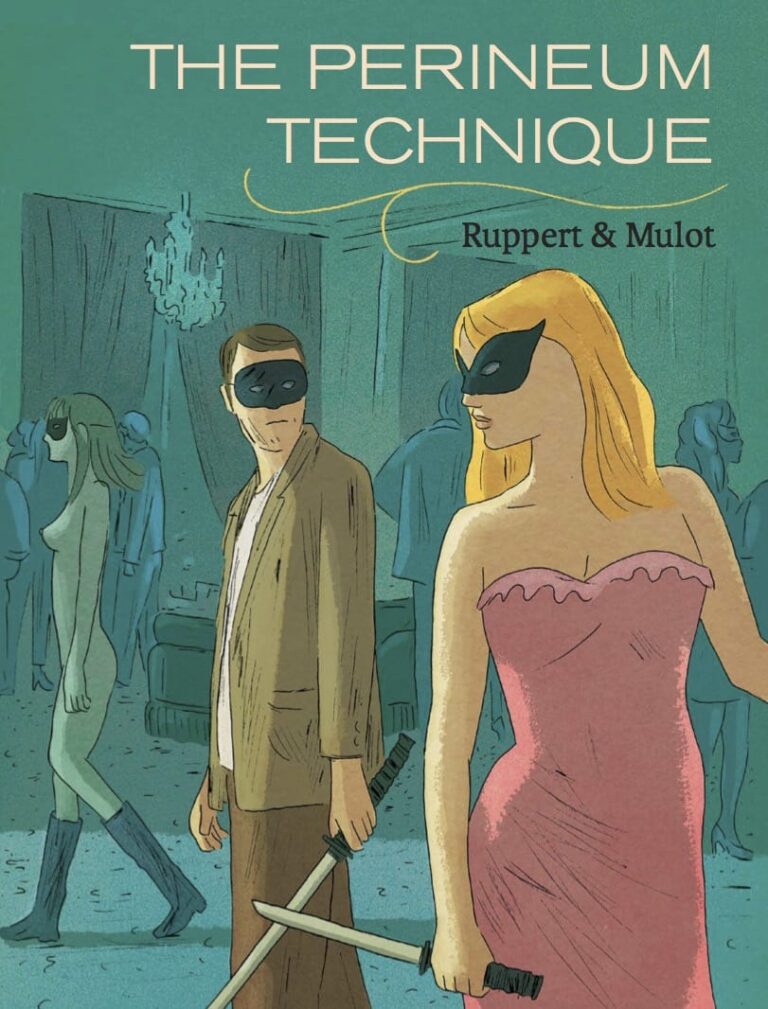 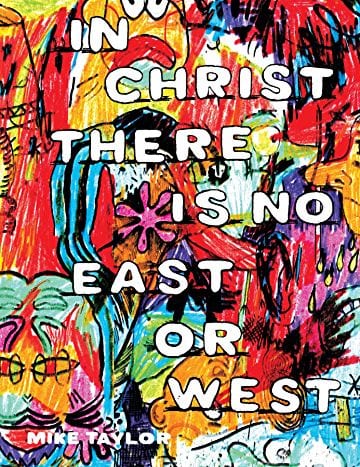