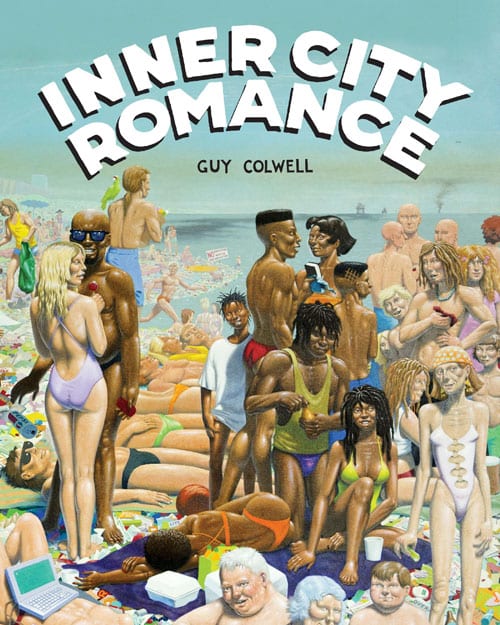 Shortly after the underground comic Inner City Romance debuted in 1971, with its surfeit of pimps, smack, revolutionaries, and hookers, the African-American cartoonist Grant Green bet cash money that its creator, Guy Colwell, was a “brother.”

Colwell had been born in Oakland in 1945, Scots-Irish on his father’s side and Danish as the Little Mermaid on his mother’s. After her husband’s death in 1946, she moved Colwell and his brother to Berkeley. Colwell graduated Berkeley High School in 1963 and received a scholarship to the California College of Arts and Crafts. He lasted two years, primarily painting drug-inspired abstracts, before deciding the fully flowering ’60s could teach him more than class.

But influenced by Gandhi and Martin Luther King, Colwell had decided he could not serve in the military. Because he believed he lacked the religious conviction for conscientious objector status and considered skipping to Canada as lacking in “moral courage,” he had acted upon his belief by returning his draft card, the notice of his physical, and his induction notice. Quitting CCAC had cost him his student deferment, and the federal government indicted him for failure to report. He was convicted following a brief trial and sentenced to two years in McNeil Island Penitentiary, in Puget Sound.

His fellow inmates ranged from cerebral to homicidal, black revolutionaries to Aryan brothers, wise old cons to the brokenly deranged. There were two other draft resisters when he arrived and fifty when he was released in September 1969. After serving out his parole as a custodian in Oakland, Colwell moved to a roach-infested apartment on Divisadero Street, in San Francisco, between the burnt-out Haight and the seething Fillmore ghetto. A heroin addict he knew from McNeil introduced him to the hard drug, sold sex, off-the-pig world at America’s black bottom. The exposure convinced Colwell that the painter, no less than the novelist or journalist, had a responsibility to address the socio-political issues of the day.   While he would aim his canvases in this direction, his initial impact would come through comics.

Comic books have now attained meaty artistic legitimacy. But when the first UGs had appeared, they existed, nutritionally speaking, somewhere on the shelf between the pablum and the Cheez-Its. The UGs were content initially to manifest a “shock-the-bourgeoise” or “fascinate-the-tripping” mentality, but soon their potential as a “People’s Medium” became apparent. They could be produced quickly enough to respond to current events and cheaply enough to reach a mass audience. For message-driven artists like Colwell they were ideal.

His first ICR sold 50,000 copies. He would do four more over the next eight years. Fantagraphics has now collected all five into a single volume (Inner City Romance. $24.99), supplemented with examples of Colwell’s paintings, and illuminated by his comments and those of Patrick Rosenkranz, the premiere historian of underground comix. It is a fascinating, engrossing, powerful investigation of an artist addressing his times.

The collected ICR takes a sustained, unflinching look at lower depth America through a variety of lenses. In issue one, three newly released convicts explore their post-prison options.

For two the choice is easy, sex and drugs; but the third is tempted by armed struggle. By ICR’s second issue (1972), Colwell had become part of the collective putting out the San Francisco Good Times, an underground newspaper. If the city had been ground zero for the counter-culture’s explosion, its Hall of Justice was where some of the most lethal fall-out was contained. Colwell served as his paper’s sketch artist for the criminal trials of members of AIM, the White Panther Party, and the Soledad Brothers. He also covered anti-war demonstrations which ended with the police firing tear gas or charging on horseback, swinging batons. And he authored a comic strip, written in verse, “Radical Rock,” about a neighborhood rallying against police violence, which, after the Times folded, he completed in his book. (While I found the verse to distract from, rather than enhance the drama, it did contain one compelling rhyme, which I doubt either Cole Porter or Bob Dylan could have managed: “bum their scene” and “Thorazine.”) 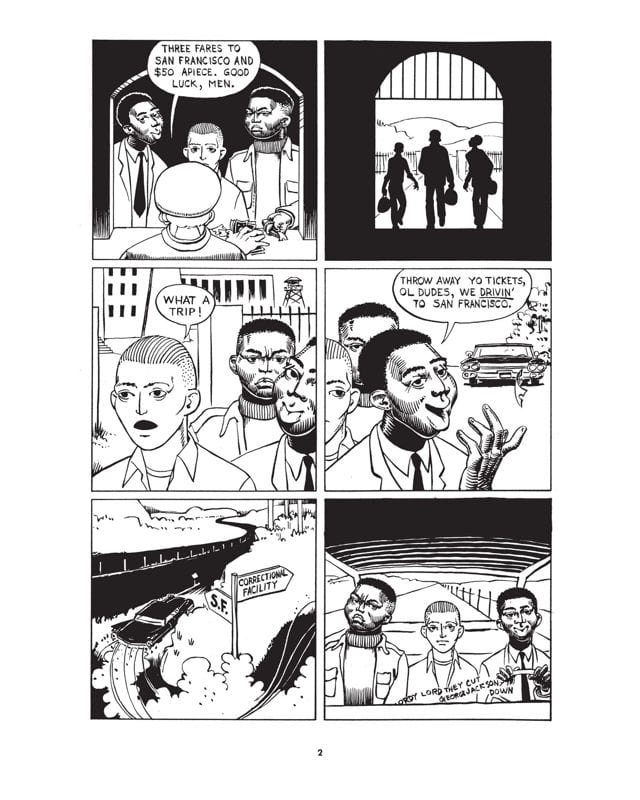 It took five years before Colwell returned to comix. By issue three (1977), the Vietnam War had ended, and American inner cities had cooled. He was married and having success with his painting. But his comix had drawn interest in Europe, which made the idea of a new one financially attractive, and he remained gripped by the demons of his imprisonment and believed this might exorcise them. His vehicle was the imaginative investigation of three men, still incarcerated, by tracking their sex-and-violence filled dreams. It was, Colwell believes, the best issue of ICR because it came from so deep inside him.

In issue four, that same year, Colwell stepped outward. Real estate developers, seeking to raze the residential International Hotel to replace it with more profitable properties, had met the resistance of long-term tenants, primarily poor, elderly, male, Filipinos. Colwell’s comic’s building was a high rise housing project and his characters more diverse; but their experiences and exploitation were similar – and their rallying cry, “The people united will never be defeated,” resonated in defiance of the cruel fact that the I-Hotel came down and its community was destroyed.

And in the fifth and final ICR (1978) Colwell collected individual stories of people in society’s margins, speed freaks, winos, rapists, and Tenderloin kids. Some find degradation; some find sorrow; some find bleakness; some end up drawn to death or consumed by it. But the book opens with a black couple having wordless sex in an apartment, and closes with a white couple having silent sex in a bucolic field. The suggestion may be that while the “romance” of revolution that had driven some of those in Colwell’s books had vanished with the world still hell, the “romance” between two people together may secure moments of heaven.

Colwell was not a pamphleteer. He came to comics as a skilled, serious visual artist, and he carried these skills and this purposefulness from his canvasses to his books. (Okay, he admits he did some of the sex to boost sales but otherwise...) His prose is clean, economical and rings with the authenticity of the joint and street. His visuals shift from realistic, to exaggerated, to abstraction in service of his scenes, depending on whether his characters are in dreams or cities, in jail cells or tripping. Crushing blacks alternate with vacant whites to deepen mood. (They both also eliminate the time-consuming, labor-intensive work of having to add background detail.) He varies panel size, shifts from close-up to long-shot, and alternates viewing angle to keep the eye engaged in the drama. He takes full advantage of the UG’s freedom to explicitly depict needle-to-vein drug use and about any sex act you can imagine. (Gore and violence-wise though, if that’s your thing, he’s below what pre-Code cartoonists were doing.)

But Colwell would do only one other comic, the eight-issue Doll (1989-95). He was divorced, living alone in a second-hand trailer in the Sierra foothills, and used the book to explore his feelings about sex, loneliness, and male-female relationships. The market for UG comix had shrunk. The money was no longer there, and the gratification from widespread critical appreciation had not yet become available.

Colwell continued with his social activism though. He protested nuclear testing. He demonstrated against America’s wars. He helped organize and participated in a march from Oakland to Washington, D.C. on behalf of worldwide peace. And his paintings, in a style he termed “figurative social realism,” addressed issues of his time. Many of these paintings, treating hunger, environmental degradation, class income disparity, urban and rural poverty, and the torture of political prisoners, have been reproduced in this book. Colwell considers himself primarily a painter and only secondarily a cartoonist. But when the artist’s aim is to inform his audience about or change its attitude toward matters off the canvas or removed from the page, the merits of single-frame versus sequential art and the purely pictorial versus the verbally augmented raise interesting questions, especially since the work of Colwell to arouse the greatest public response was his painting “The Abuse.”) ICR unfortunately slants the discussion by reproducing Colwell’s comic pages in sharp black-and-white and their actual size, if not larger, while dulling his paintings’ color, and shrinking their dimensions, so their impact barely registers.

In the pages of Inner City Romance, Colwell used his experiences and imagination to capture characters brutalized by the state, corporate interests, and each other. They innoculate themselves with drugs and sex and calls to the barricades. Their lives play out in crash pads, SRO hotels, back alleys, and hallucinations. Looking at his books now, we can see, as if via a time machine, the hopes and angers, the energy and passion of a past time, And turning from this work of five decades ago to today’s headlines, still reporting man’s exploitation of man, raging violence against women, and the slaying of unarmed African-Americans by police, we may shudder to recognize that the only improvements seem to have been in the killing capacity of our weaponry and the investment portfolios of the one percent. 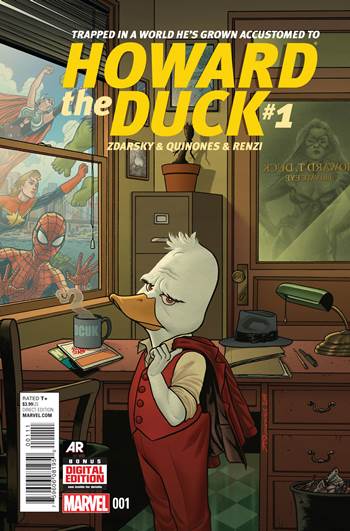 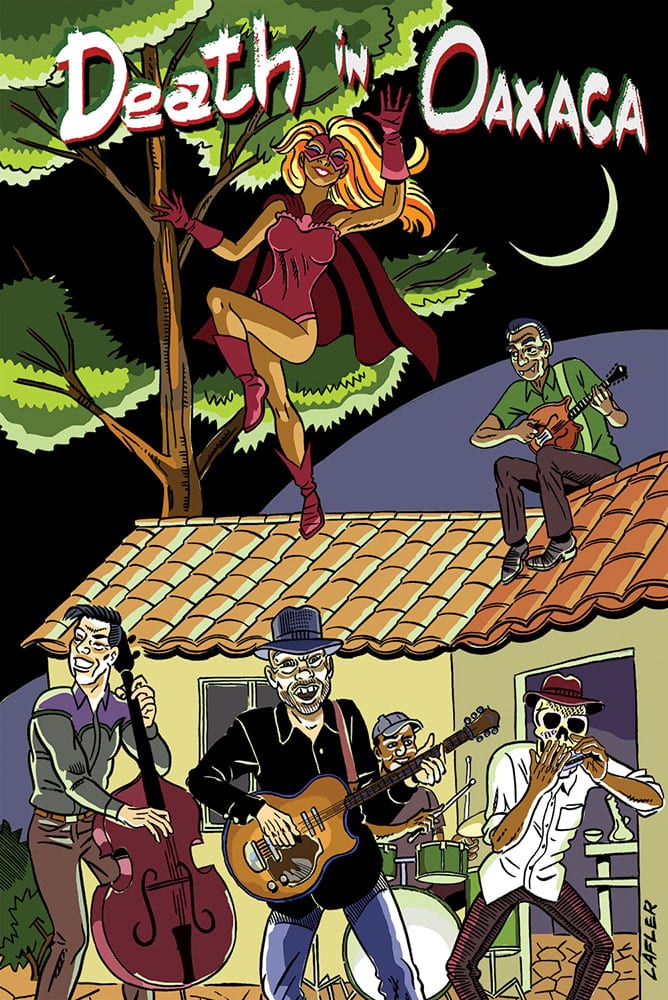