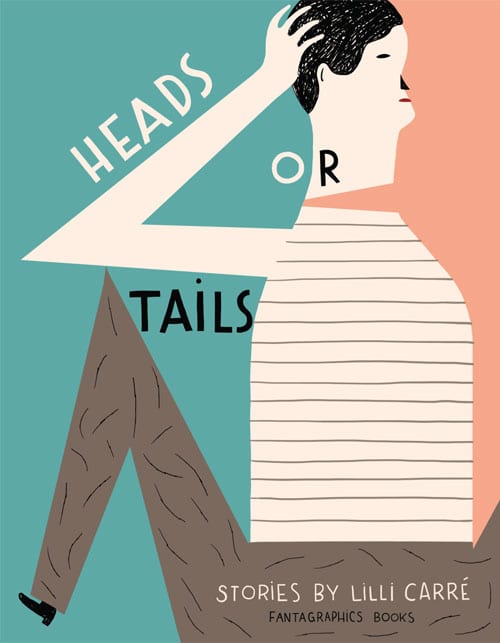 In “Rainbow Moment”, one of the stories in Lilli Carré’s new collection from Fantagraphics, a man explains to his buddy over coffee what a rainbow moment is: “Like you’re feeling rain and sunshine at the same time, and are caught somewhere between the two.” This is a good entry into Carré’s comic universe, a twilight zone of contradictions. Her often-hapless characters, caught between yin and yang due to their apathy or personal blind spots, wait for outside forces to intervene and provide some sense of balance. Or, at least, resolution—for better or for worse. Heads or tails.

For example, in “Wishy Washy”, Carré’s protagonist is a man with an utterly uncompromising approach to life, unwavering in his decisions, sticking to his daily habits and routines with metronomic accuracy: “Whether I’m in a hotel or at my apartment, I wake up at 8am sharp and look out the window first thing.” When his inability to change course (literally) leads to a disastrous automobile crash, he recovers to find he is unable to make any decisions at all. Even his morning regimen confounds him: “Why should one pair of socks be chosen over another?” Unfortunately, this total reversal of mindset leads not to moral epiphany but only to further
disaster.

The clear highlights in Heads or Tails are the two longest pieces: “That Thing about Madeline” (featured in Best American Comics 2008) and “The Carnival” (originally published in Mome and featured in Best American Non-Required Reading 2010), both of which share the collection’s theme of duality, as well as the eerie, enigmatic quality of Carré’s debut with Fantagraphics, her graphic novel The Lagoon (2009).

In “The Thing about Madeline” the title heroine is a rather sad sort who ends each mundane workday as a salesperson for a soap factory by tanking up at a local bar and listening to the same jukebox song over and over again until she needs to be escorted home by a man named Jacob, who doesn’t seem to mind this nightly routine, being clearly interested in her. One night, Madeline staggers home only to encounter herself, already asleep in bed. This doppelganger quickly takes over Madeline’s life, leading it far more successfully and healthily (even getting a romance going with Jacob), while Madeline passively watches the activity from windows: “… like watching a movie with the sound turned low.” Unable to integrate her two halves, she dodges the conundrum by boarding a bus out of town. (The story does not end there.) Carré weaves this tale of the uncanny with low-key efficiency and keen psychological underpinnings, subtly suggesting that Madeline’s dilemma has sprung from the tension between her subconscious desire to alter her tacky existence, and her stubborn unwillingness to do so.

Even better is “The Carnival,” a gorgeously colored 32-page story that unfolds with mesmeric dream logic. Like Madeline, the hero of the piece, Henry, is a salesperson (his line is cars). He plods through life listlessly until one night when he impulsively skips town for a few days. On a whim, he stops at a carnival and meets a nameless woman with a young boy in tow (who upon closer look resembles Henry). Though Carré leaves the woman’s role ambiguous—she may be aligned with some elemental or supernatural forces, especially considering the memorable manner in which she exits the story—it is clear that she sparks something in Henry: sexual desire, to be sure, but perhaps also the ability to dream of a life less prosaic - or even the ability to dream at all. Subtle and ambiguous but not opaque, Carré leaves the story particulars and ultimate meanings for the reader to suss out, inviting a re-read or two.

Visually, Carré is versatile, veering from the highly stylized, design-y imagery of the book’s opener, “Kingdom,” to the rubbery-limbed, Lynda Barry-esque figures of “Madeline” and “The Carnival” to the grittier black and white renderings of ”Too Hot to Sleep.” Even the least of the entries here, such as the somewhat twee “Moss” and “Marching Band,” are beguiling baubles of comic art, wrapped up in delightful colors and confidently rendered with faux-naïve figures bounding, floating or twisting their way through the panels and pages. Carré’s characters may be sometimes literally split in two, but their stories are satisfyingly all of a piece. This is a unified and cohesive collection from a significant artist and engaging storyteller. 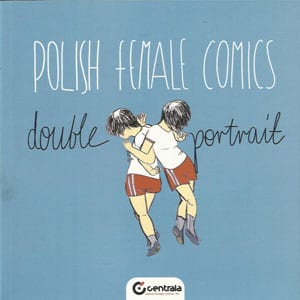 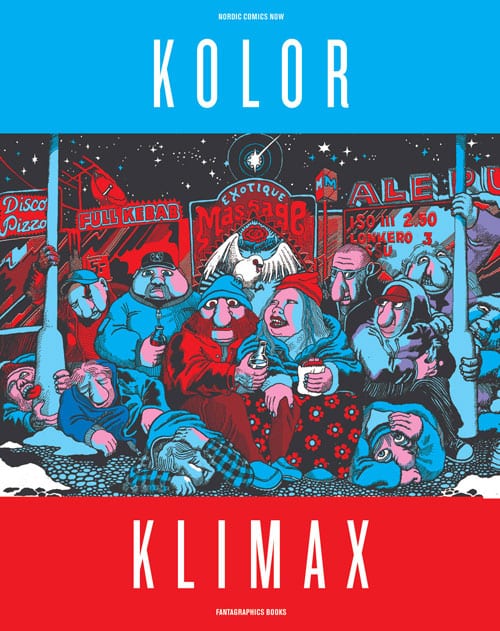