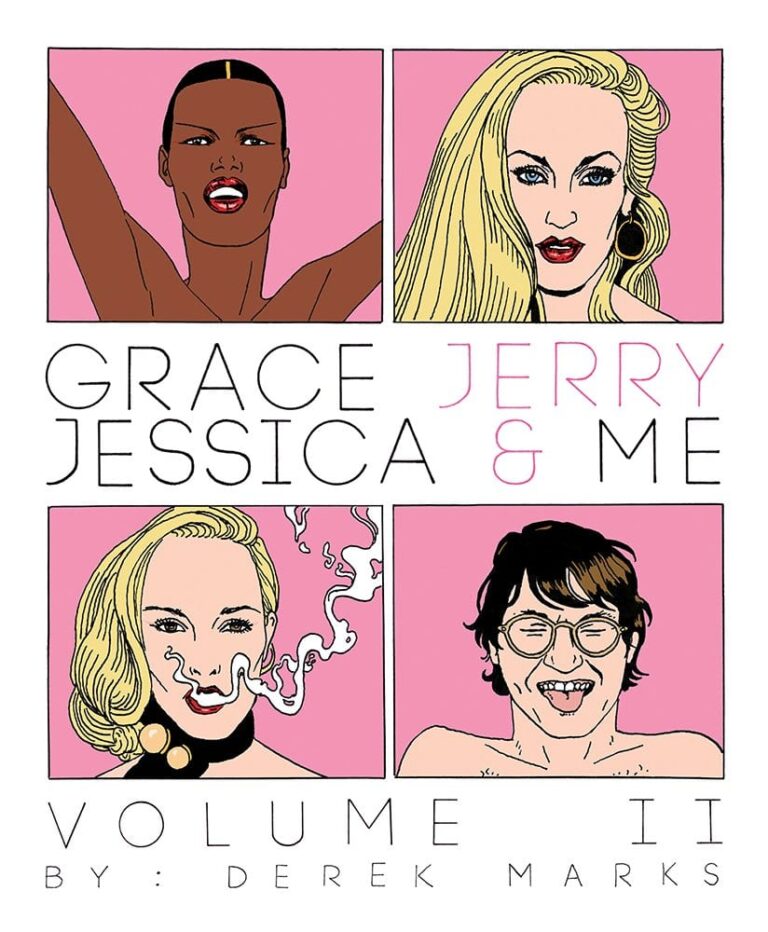 Some historical convergences demand fanfiction. My own personal canon includes the first Redstockings meeting; the drafting of the Dogme 95 manifesto and “Vow of Chastity”; any given night at Zurich’s Cabaret Voltaire; Britpop’s Damon Albarn-Justine Frischmann-Brett Anderson love triangle; and the day Poly Styrene, Debbie Harry, Viv Albertine, Siouxsie Sue, Chrissie Hynde and Pauline Black all got together for a class picture. For Derek Marks, nothing tops that time in the ‘70s when Grace Jones, Jerry Hall and Jessica Lange were roommates in Paris.

Like most great 21st-century discoveries, this factoid came to Marks, a New York-based cartoonist and illustrator who was once “a tragic gay teen goth” in Miami, via the internet. The first issue of his hilarious comic Grace, Jerry, Jessica and Me, from 2014, opens with the author stumbling out of a “Google hole” (wow, relatable) with the wondrous revelation clutched in his hot little hand. “The trio’s potential fabulousness blew me so far away,” he writes, “I found I had time-traveled to Paris and landed as their fourth roommate.”

To be entirely honest, I was sold on this project the moment I found out it existed. But it’s more than just an irresistible concept. Grace #1 is 14 pages of stylish, black-and-white illustrations juxtaposed with gloriously obscene humor. In a running joke inspired by her claim that she once went out dressed only in a necklace, Grace spends the entire issue naked, issuing imperious proclamations like, “I need coke. And cock.” Jessica, the boring, career-oriented one, transforms into a demon. Marks casts himself as an assistant to the great fashion illustrator Antonio Lopez, who was instrumental in all three women’s careers, and his lithe, angular figure drawings feel like a low-key tribute to Lopez’s work. The plot is minimal—everyone is on their way to the club except Jessica, who needs her beauty rest—but the point is the devilishly funny dialogue. 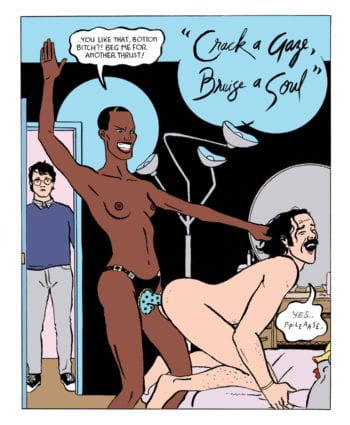 Now Marks is back with a longer, dirtier, decidedly upgraded second issue featuring three new stories. Glossy paper and pastel-tinged, full-color illustrations give it the feel of a fashion magazine whose cover the heroines might have graced in their heyday. The first and best vignette capitalizes on the expanded color palette with a full-page panel of Grace pegging some inconsequential guy with an electric blue, spotted strap-on. “I want to fuck every man in the ass. They need to be penetrated at least once,” she declares, in a line that actually paraphrases a statement from Jones’s memoir. (Later in the same paragraph, she insists, “Everyone can be penetrated—mentally, too.”) A Karl Lagerfeld cameo, some light superhero antics, ample violence against men and a climax that is, well, filthily literal follow. The other two stories, which exploit the humor inherent in Grace Jones performing domestic chores and Jessica Lange buried under every single acting award she’s ever won, are less audacious but equally clever.

I could watch these characters banter forever, so it’s a good thing Marks is already at work on Grace #3, which he says will be more reflective and incorporate the story of his real-life meeting with Jones. Marks has a wicked sense of humor; most of his comics are laugh-out-loud funny, from the droll Fabulous Topless Woman to two issues of a delightful minicomic that recreates the most memorable jokes and non sequiturs from the ‘90s alt-rockers who visited MTV’s 120 Minutes. But he’s certainly earned the right to experiment a little, and it should be fascinating to watch him transform his loving sendup of three cultural icons into something more serious. 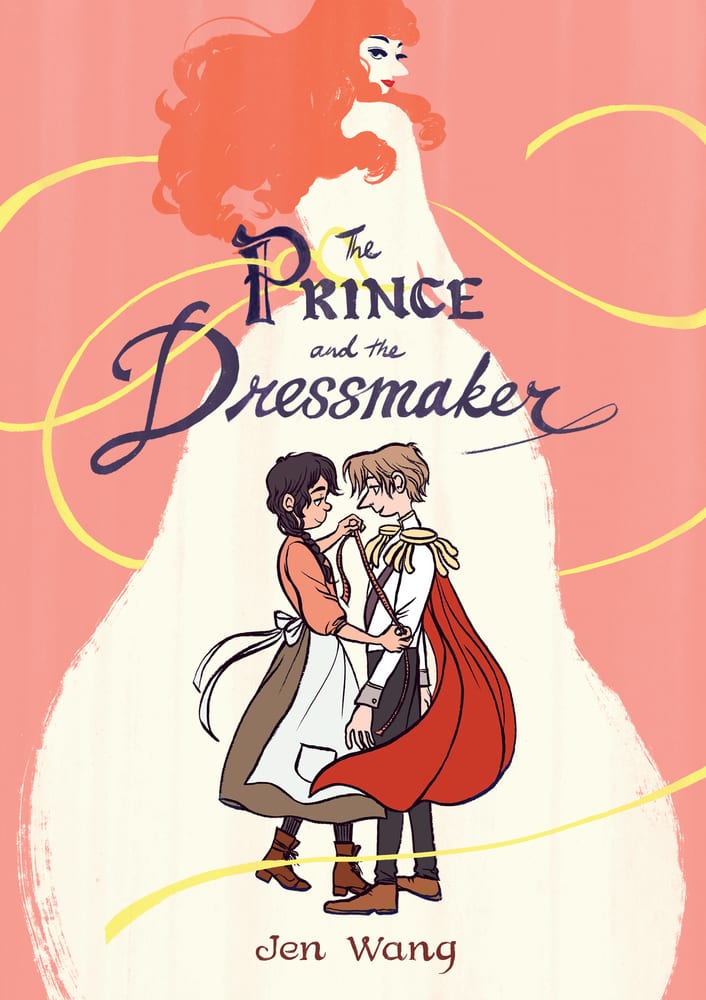 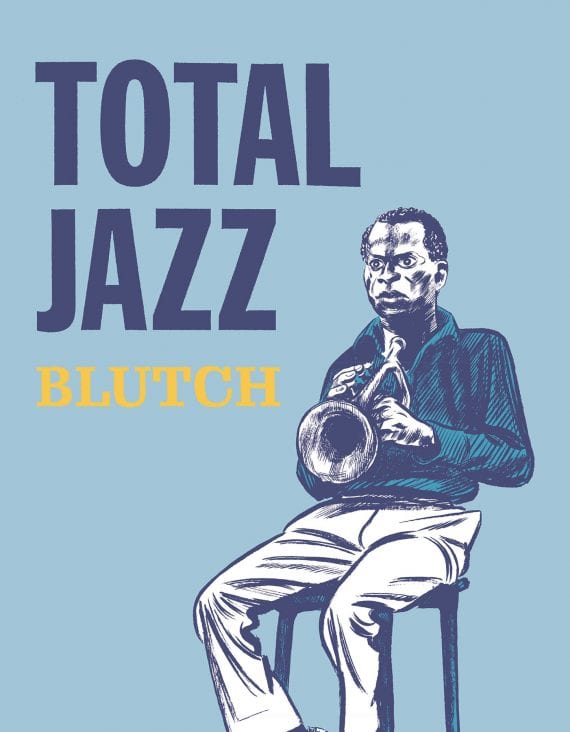