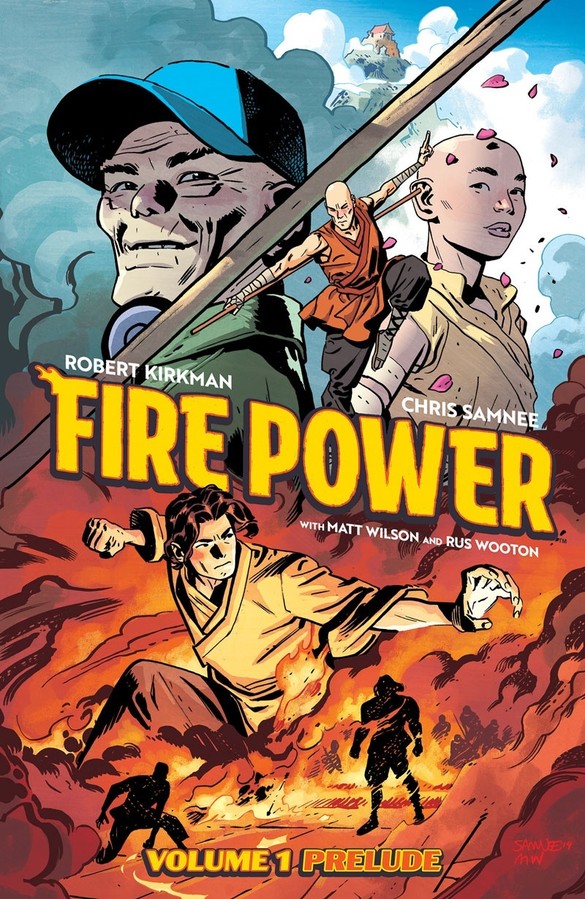 Let me begin by saying that I have a great deal of respect for Robert Kirkman. His qualifications at this late date go without saying. Whether or not you’ve ever been a fan of The Walking Dead in any of its many deathless iterations, it has sold a lot of comic books. It will almost certainly continue to sell comic books for the foreseeable future. Ecce imperium: he built a little empire out of some crazy garbage called the eschatological paranoia of the exploited working class.

The Walking Dead wasn't necessarily a great comic but it was an important comic, inasmuch as the scale of its success was sufficient to warp the landscape of the entire industry. It also got better over the course of its run, not in a dramatic fashion but as a slow process that more resembled a lancing. It vented some of the reactionary air once the story became more about building a new world than fighting over the scraps of the old. It became in its final third explicitly an epic fantasy story about warring kingdoms, complete with charismatic weapons and knights in armor on horseback. The walkers ceased to be an imminent threat and became more of a dangerous double-edged resource that could be used as a weapon of war - you know, like magic.

The point here is that Kirkman is capable of decent work, but the example of The Walking Dead is illustrative of a point: the series only got better after it spent a long time burning through every single hoary zombie plague cliche imaginable. When Kirkman gets to the end of that road - basically, when the story reaches Negan - the book acknowledges that the logical endpoint of the genre’s survivalist mentality is pure atrocity. The story then becomes different and even passingly novel. Zombie movies usually stop short before they get to the reformation of nation states and have to consider things like reinstating the rule of law.

Kirkman has one true and sterling skill as a creator, and it's one of the most important: consistency. When he puts out a first issue there's a reasonable expectation that the second issue is going to ship precisely when he says its going to ship. He's sold a lot of comics over the years, as The Walking Dead serves as perhaps the most famous counter-example to the notion that media adaptations don’t move the needle at retail. That success married to that commitment meant that he could stick with his story until it got somewhere interesting. Even if it took the better part of a hundred issues to get there.

But I forget myself. I come not to praise but to bury. 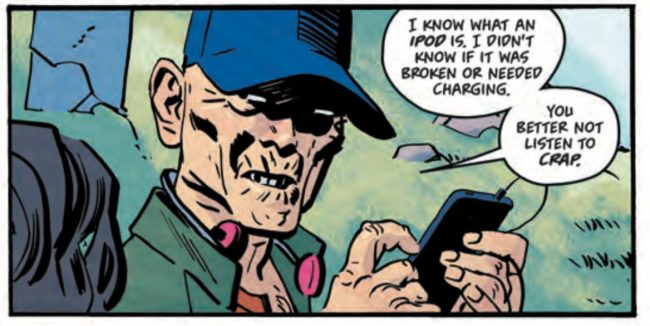 Fire Power is Kirkman’s newest joint, alongside artist Chris Samnee. Samnee rose to prominence on Daredevil with Mark Waid. He’s an excellent artist, bar none, and his work here is no exception. Another of Kirkman’s strengths is that he picks good collaborators and writes to their strengths. Samnee is great at formally interesting narrative built around physical motion, so his presence on a martial arts fantasy story is no great surprise. Communicating character through gesture and movement is a hard thing to do in the confines of a comics panel. Perhaps spending a few years drawing a moody yet adventurous acrobat gave him some practice in this respect.

So what's the comic about? Well, stop me if you've heard this before but, in the peaks of the Himalayas there is a hidden city of martial artists dedicated to preserving the world. The book opens with a nice silent sequence introducing our protagonist, Owen Johnson, climbing the mountains in search of the magic city. After no small struggle he arrives, where he is greeted by a gruff but wise teacher who mocks him for his American name. And get this, the gruff but wise teacher is listening to pop music on his iPod!

What kind of magic skills does this teacher specialize in? Well, stop me if you've heard this before but, I’ll actually let Owen's fellow student Ling Zan explain:

There is energy all around us, a current that drifts along with the very air we breathe. ... The legendary Master Shaw founded the Order of the Flaming Fist to teach people to harness this power he discovered, to channel this energy and use it for good. ... It is said that those who studied this art to its fullest could ignite the air around them and use it as a weapon.

This “Flaming Fist” is shown able to melt a giant hole in the side of a stone column - almost as, one might be tempted to say, like unto a thing of iron. If one were the type to be tempted to say such things. When we actually see the “Flaming Fist” in action, turn out the move is performed with the person’s legs spread apart, their hands in front of them and pushed together at the wrist while throwing a giant ball of flame. This devastating finishing attack holds no resemblance to any other famous kamehamehas you may have seen portrayed in the media.

So this Owen Johnson - stop me if you've heard this before but, this guy’s an orphan in search of information about his parents who left him for adoption. Turns out they were martial artists, and the only way he knew to find this information was to start asking a succession of martial arts masters, who all in turn agreed to answer his questions only if he could best them in combat. By the time Johnson finds the Temple of the Flying Fist he’s already an enormously skilled fighter. Still no match for the old and wizened master Wei Lun, of course, but after an extended spar he does manage to land a glancing blow. This is a sign of sufficient prodigy that the master assents to Johnson’s staying, and eventually as well reveals to the young man the secrets of his parents. Turns out they were members of the rival Scorched Earth Clan, who appear to labor under a difference of opinion in regards to the dispensation of a certain dragon who lives in the heart of the temple.

Let’s talk about this Wei Lun cat a minute. See, he’s no normal sensei, no - he’s a hip dude with a iPod, as I indicated. He even likes Radiohead, which means he’s up on what was cool, and hip twenty or so years ago. Makes a lot of sense considering he lives on top of a mountain. 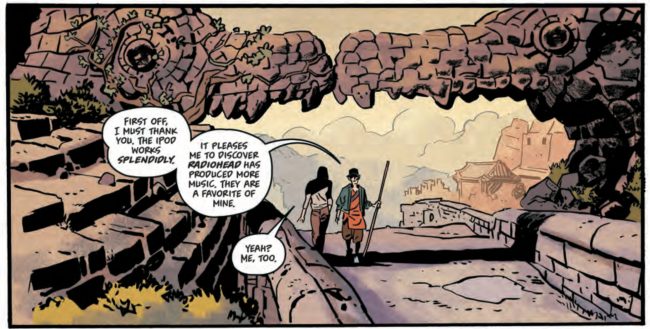 All to the well and good. But there’s something familiar about Wei Lun . . . more familiar even than the fact that he’s a wizened martial arts master who lives on a mountain. I am absolutely certain you see where this is going, probably saw immediately where this was going: Spectacular Spider-Man #111 from 1986. It was a Secret Wars II crossover, so I know you know the one I’m talking about: it’s got the Puma on the cover menacing the Beyonder while Spider-Man - then still in his glorious black costume - helplessly flails against his cosmically enhanced frenemy. Pulse pounding action in the mighty Marvel manner, I assure you.

Anyway, just a quick refresher about the plot - Puma gets transported to Tokyo by the Beyonder, so the Puma drops in on his old sensei Muramoto for advice. Now, stop me if you've heard this before but, this Muramoto was one cool dude. He was hip and with it. When the Puma fights his way to his old master’s meditation room the sensei pulls his hood back - to reveal that he’s been listening to the new Duran Duran album the whole time! 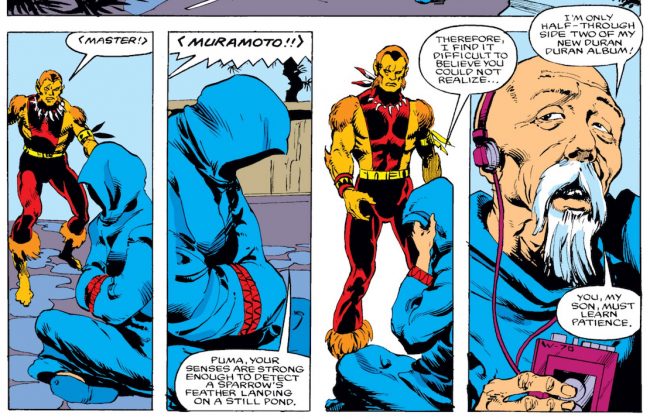 Things were different in the eighties. So many horizons still to conquer.

I know what you’re thinking: it’s a really great idea. It does not surprise me at all that Robert Kirkman and Christopher Priest (the writer of Spectacular #111) had the same idea separated by over thirty years. I mean, hip sensei with a Walkman? Five mics. We know it’s a good idea because it was in a Secret Wars II crossover. And if you know anything about either The Comics Journal or Fantagraphics you know that, traditionally and institutionally, we are really strong supporters of the Secret Wars. We still have the white stars hanging in our windows, to signify the One From Beyond.

Now here’s where you might be thinking - hey, hey, reviewer, don’t you think you’re exercising a degree of bad faith by isolating a set of tropes plucked out of context, to say nothing of one specific instance of the parallel evolution of throwaway gags separated by three and a half decades? Didn’t you yourself just admit that The Walking Dead got readable after it had been around for the better part of a decade? What does it matter if the premise for the ongoing series that launches out of Fire Power is cobbled together out of a set of extraordinarily familiar story beats recited with complete sincerity? Obviously not a whole hell of a lot! Kirkman has an audience and (by comics industry standards) unlimited resources. If Fire Power performs the way he wants there’s every expectation that the book could run for as long as Kirkman and Samnee want to do it. Maybe in sixty or eighty issues this could be something.

The problem with a book like Fire Power is not that it is bad. Point of order: it is not terrible, it is perfectly competent, and Samnee’s work is fantastic. If you wanted to buy the book solely for Samnee drawing fantasy martial arts adventure that would be a perfectly respectable decision. (Charlie Adlard is the reason I ever read so much as a single panel of The Walking Dead, after all.) Matt Wilson’s colors add a great deal. Much of the book uses warm earth tones, and it makes Samnee’s already quite readable work even more inviting.

Kirkman’s success is emblematic of the second half of Image’s history. Considering the company’s earliest incarnations, there is no small irony that Image’s continued relevance has been so dependent on a creator whose bywords are consistency and regularity. Funny thing about Kirkman as a creator, however, is that, on paper many of his books are largely hookless. There’s no real high concept to The Walking Dead, it’s just a straight-forward open-ended zombie story. Invincible is a twisty superhero serial that, while premised on sudden revelations and unexpected heel turns, nevertheless fulfilled the mandate of a steady diet of superhero meat & potatoes every month.

So really, who the fuck am I? I’m just some jagoff writing comic book reviews. I write some fiction myself, sometimes, and I worry now that some jagoff fiction reviewer somewhere might someday want to dissect a book of mine. It’s easy, after all, to pluck isolated cliches out of context, pointing out all the same manner of shoddy construction and poorly papered theft. All writers do it. It worries me. I fear it leaves me vulnerable as a critic and a human being to an abhorrent and compromising hypocrisy. I spend an awful lot of time worrying about hypocrisy for someone who made less than seven thousand dollars last year, and perhaps there’s a connection between those two things.

But then, I remember, and I breathe a sigh of elemental relief: no one gives a shit if I write dire and derivative drivel. No one is paying attention. It’s not like I wrote The Walking Dead or anything. 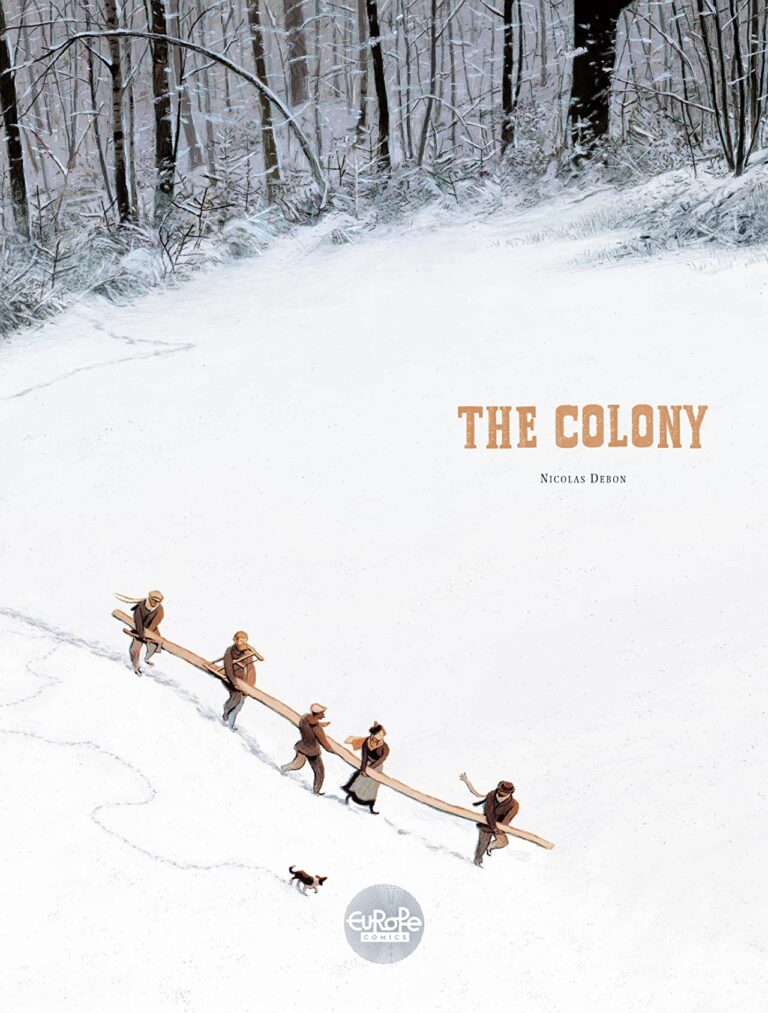 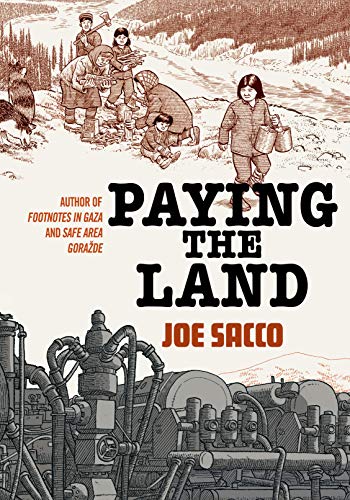