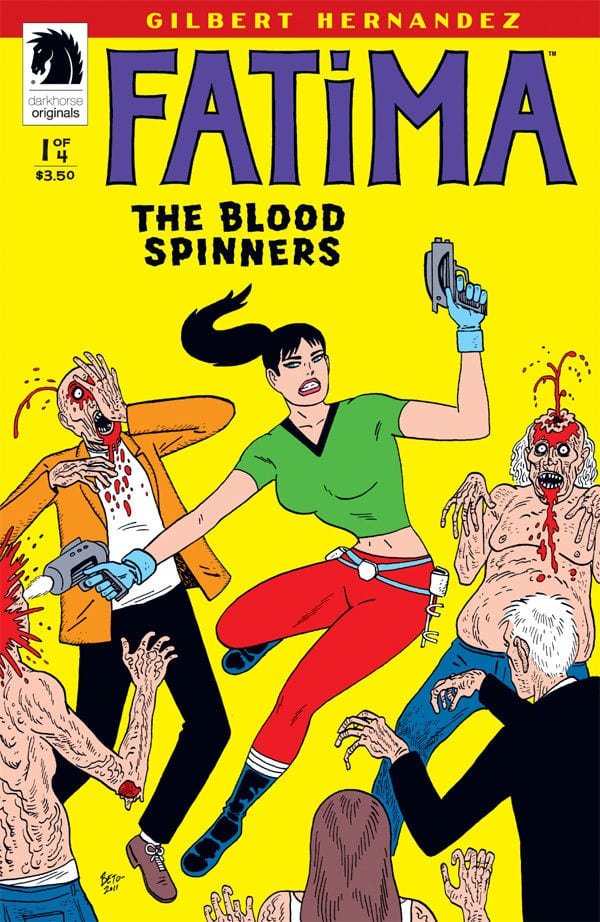 Some comics are created to tell a story, others to solve a problem, others to scratch an itch. In the first issue of the four-issue miniseries Fatima: The Blood Spinners, Gilbert Hernandez takes a little from column A—it's the story of a government agent who dispatches junkies driven to zombie-like madness by the hyper-addictive new drug Spin by shooting them in the head; a little more from column B—the challenge of seeing whether his recent turn toward all-out splatterrific grotesquerie in his Love and Rockets and Fritz-verse work translate into an action comic idiom; and a whole lot from column C—this is a man who clearly needed to draw people, a lot of people, getting shot in the head.

It's that itch-scratching that's the best argument for the book thus far. Headshots are a weirdly common element of postmillennial genre fiction, as anyone who's played a first-person shooter, or seen a postmillennial zombie movie or TV show in which people who've never held a gun before in their lives routinely cap moving targets while running away from them in the grip of total panic, can tell you. (Hell, there are days when I'm half convinced that the pleasure of depicting people taking one in the forehead is the sole reason Martin Scorsese made The Departed.) In addition to its Romero-established status as zombie kryptonite, the headshot is simultaneously violence at its most efficient and its most spectacular. Once you've allowed for aim, the amount of effort needed to near-instantaneously end a person's life (or undeath) via the headshot isn't much more than that required to click your mouse and open up a new webpage. This cold, clean technique contrasts dramatically with its messy result, a Jackson Pollock spray of blood and brain and bone. It's the action equivalent of popping a zit or spending some time deflating bubble wrap. The visceral sense of satisfaction is basically the same. 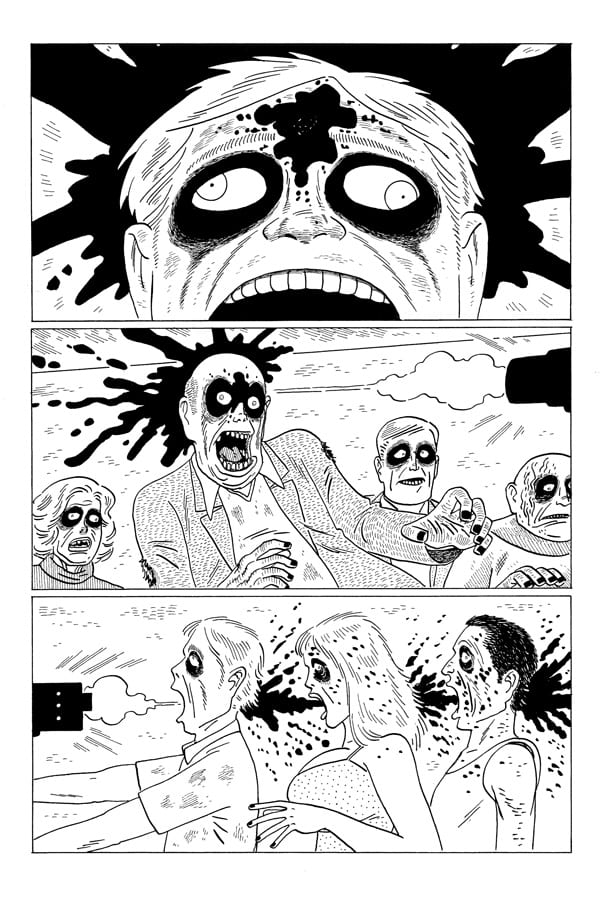 For Gilbert, it's an opportunity to detonate noggin after noggin in thick Nickelodeon-graphic black blobs--exploding into the air, splattering the hapless sap behind the latest victim, decorating nearby walls like a paintball range. After a point it's less a practical effect and more a design flourish, like Kirby krackle. It takes the dehumanization via violence that Beto's been exploring for years to its extreme, without even requiring recourse to the under- and overtones of kink, torture, and sexual violence that make his L&R/Fritz stuff so bracingly harsh. This is no-nonsense erasure of lives, which feels less troubling in the moment but may well be a hell of a lot worse when you stop to think about it.

The story itself is a B-movie trifle; nothing about this pony-tailed, kohl-eyed Amazon and her memories of a mission that went bad couldn't be swapped out for, say, the main character from Neil Marshall's '80s-postapocalypse action pastiche Doomsday in a neat one-to-one exchange. It's the graphic (in both senses) intensity that sells the thing, makes you feel like you're reading something remarkable. The headshots are a big part of it, but not the only part. Beto's ostentatious, oddly shaped title lettering recalls post-superhero Steve Ditko's, while his experiments with replacing his normal swerving, black-anchored line with lines that are thin and razor-straight—sci-fi guns that look like he put a ruler down on the page and traced it; a high-foreheaded, long-nosed underling drawn in profile like a background figure in an Al Hirschfeld group portrait—are dramatic and delightfully incongruous. He still draws the weirdest, most indelible "types" in the business, too, from his glassy-eyed bikini babes to the latest in his long line of short, pudgy, balding creeps who look like the mutant offspring of Burt Young and Jon Polito. His most prominent sci-fi gadgets include guns the character accurately compares to blow-dryers and invisibility devices that look like men's briefs. Many people are making or have made comics like this, from noisy BCGF trash revivalists to the black-and-white Frank Santoro longbox fodder they're riffing on, but no one else can make this comic, because no one else brings Beto's pantheon-level chops, smarts, and classic compositional skill to the table with them. If you like comics about people getting shot in the head, it's literally impossible to find a better one. 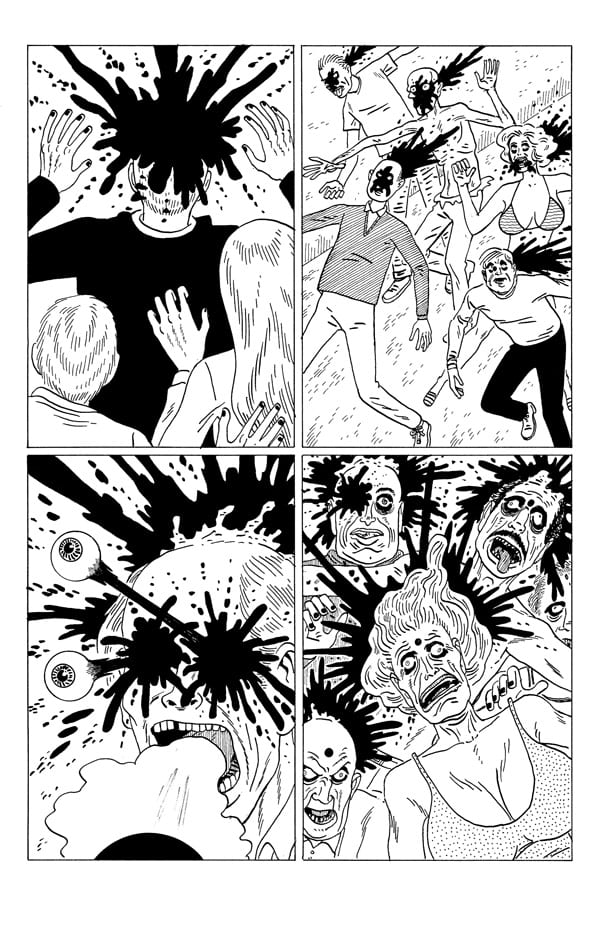 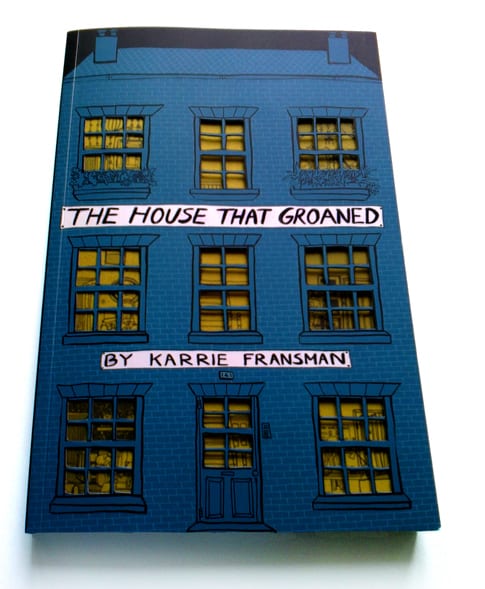 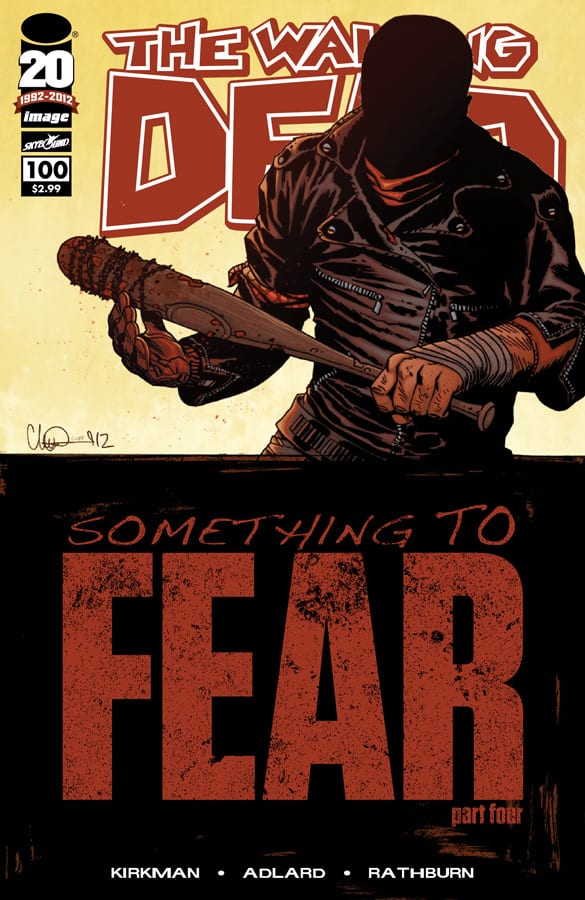